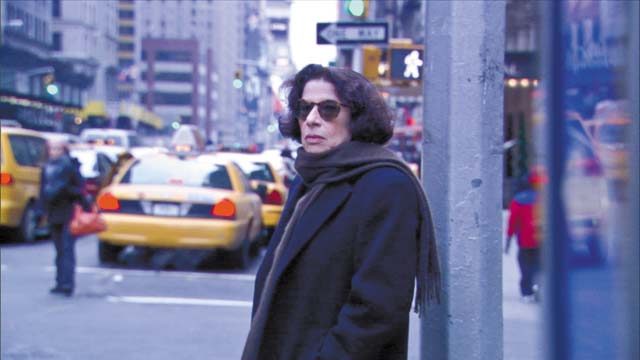 Fran Lebowitz brings her crisp wit and thought-provoking social commentary to Minneapolis on October 14th as part of the Hennepin Theatre Trust’s Living Legends series.  She’ll discuss her decade-long bout with writer’s block that she’s dubbed a ‘blockade.’  No doubt, she’ll also cover much of the same territory traversed in Public Speaking, the 2010 HBO documentary about her, directed by Martin Scorsese.  In advance of her performance, I was afforded the distinct privilege to speak with Fran on a range of topics.  I have reprinted some of her thoughts here, but our entire chat can be found at LavenderMagazine.com.

On how it feels to be called a “living legend.”

Not youthful.  No one 25 has ever been called that.  I supposed the “living” part is the most optimistic.

On her decade long writer’s block, and what caused it.

I absolutely have zero idea.  I’ve always had the same number of things to say. I’ve always had the same desire to say them.  Saying them is not the problem. Writing them is the problem. And I may be one of the last people to make this big distinction between talking and writing.  To me it’s such a different thing.  They’re unrelated, it seems to me.  I realize now with blogging, they’re much more related, by which I mean the writing in blogs or what people use for texting is much more like talking.  There’s a lot less attention paid to it, to the actual writing sentence by sentence or word by word.  People are just trying to say the same thing you would say on the telephone or, by the way, you used to not say at all.  It really used to not be important to tell someone who you were meeting for dinner what street you were on, on your way to dinner, because truthfully, who cares?  People are expressing all these, I know people call them thoughts.  They’re not thoughts.  They’re not even feelings.  They’re just, “Here I am.  This is exactly what I’m doing every second.”  You know, that leads to something that is, informal is not even the word for it.  I’m still a person who expects sentences that are printed to be different from sentences I hear.

On Technology and the art of observation.

I think it’s [observation] a dying experience.  My lack of technology seems like a position, practically a political position or even a moral position.  Really, it was so gradual.  When they started using computers it wasn’t as if I said, “No I refuse to use a computer.”  I just don’t like machines.  I didn’t have the old machines.  I never had a typewriter.  It wasn’t anything to do with, now it’s called technology, it used to be called machines.  I never had any machines or I had as few as you could possibly have, because I have no affinity for them.   For instance, I’ve owned the same car since 1978. I would say, for less than two years have I known how to open the hood.  And that was only because I was in an emergency where there was no one to help me open the hood.  And it’s a very simple car.  You don’t have to be Albert Einstein to open the hood of my car.  So, it just gradually took over.

I had no idea, of course, that the world would disappear into this technology.   And I don’t think anyone else knew that either.  So, it wasn’t a stance, it just was a circumstance that now looks like a stance.  If you stay in the same place the world will move and make it look like you’ve taken a position.  This is true of smoking, too.  So now it’s so extreme not to have any of these things that it makes people pay attention to them in a way that, to me, is just not that important. 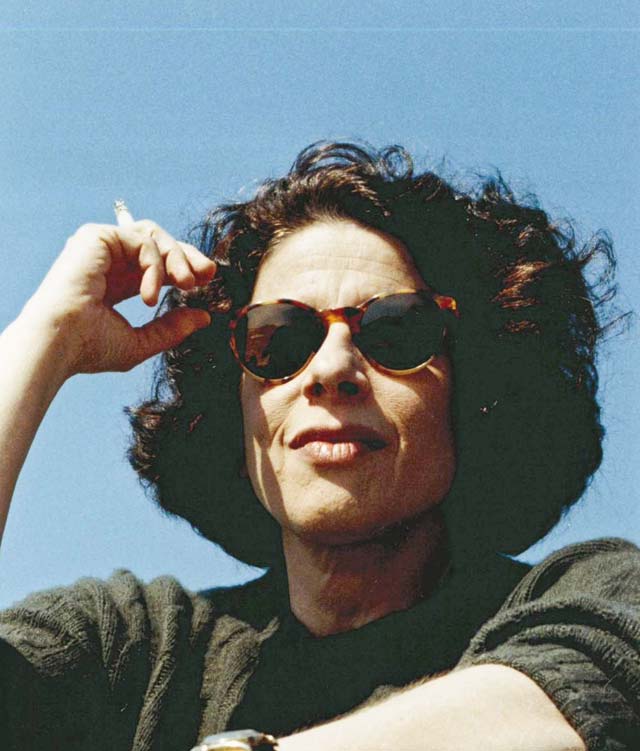