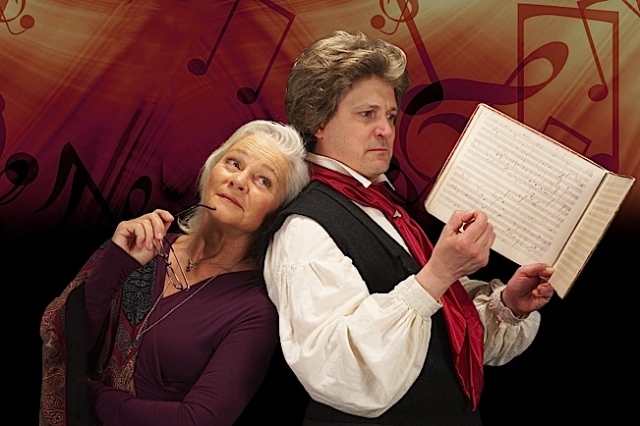 33 Variations, a play by Moises Kaufman (Laramie Project, Gross Indecency), juxtaposes composer Ludwig van Beethoven in the early 1800s with a scholar researching his archives in the 21st century. This makes for an intriguing work that resonates between the periods and the two central characters. Park Square has staged its first local production.

Karen Landry plays Dr. Katherine Brandt, a musicologist who has been told by medical authorities that she has a limited time to live because of ALS. Rather than remain in New York she goes to the Beethoven archives in Bonn to dissect the maestro’s mindset at the time he composed the variations. We learn within the play’s context that the composer’s 33 variations for piano were inspired by a beer-hall waltz by Anton Diabelli. Beethoven (Edwin Strout), like Brandt, was also suffering physically. For him it was recurring bouts of deafness.

Added to this is the problematic relationship that perfectionist Brandt has with her with theatrical designer daughter, Clare (Jennifer Maren) who is falling in love with a doting male nurse Mike (Nate Cheeseman). Brandt and Beethoven for all their brilliance are emotionally arrested in the way they treat those closest to them. Brandt runs her daughter down excessively and foolishly. Kaufman neglects to address the mental abuse here fully enough in his writing. Beethoven has the typical pattern of resenting the power of patrons while recklessly abusing those around him. 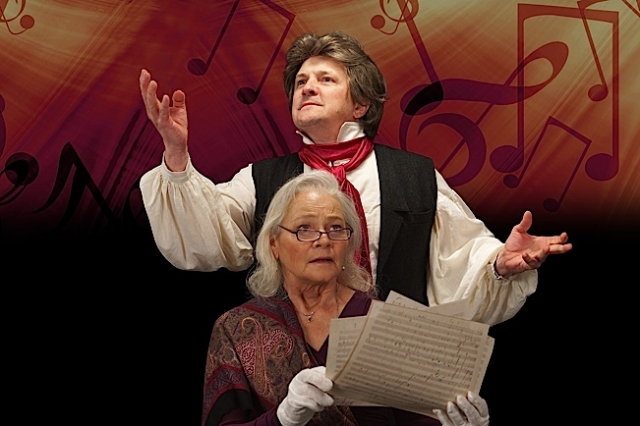 James Rocco has directed a thought-provoking production with a handsome look. The actors in the Beethoven sections play with an almost presentational flourish implicitly mandated by Kaufman. The contemporary scenes are naturalistic. The actors play the styles effectively as they embody Kaufman’s concerns about genius, disability, and dying.

The show’s standout performance is by Michelle Myers as Gertie the German archivist. She is remarkable as she transforms from callous to empathic, subtly reflecting the play’s themes of transfiguration and transformation. Michael Kittel’s lighting has a serenely mystical edge. Todd Edwards’s projection designs have a faded historical look. Irina Elkina’s live piano accompaniment is simply marvelous and makes the show a doubly fine experience as both live drama and live music.