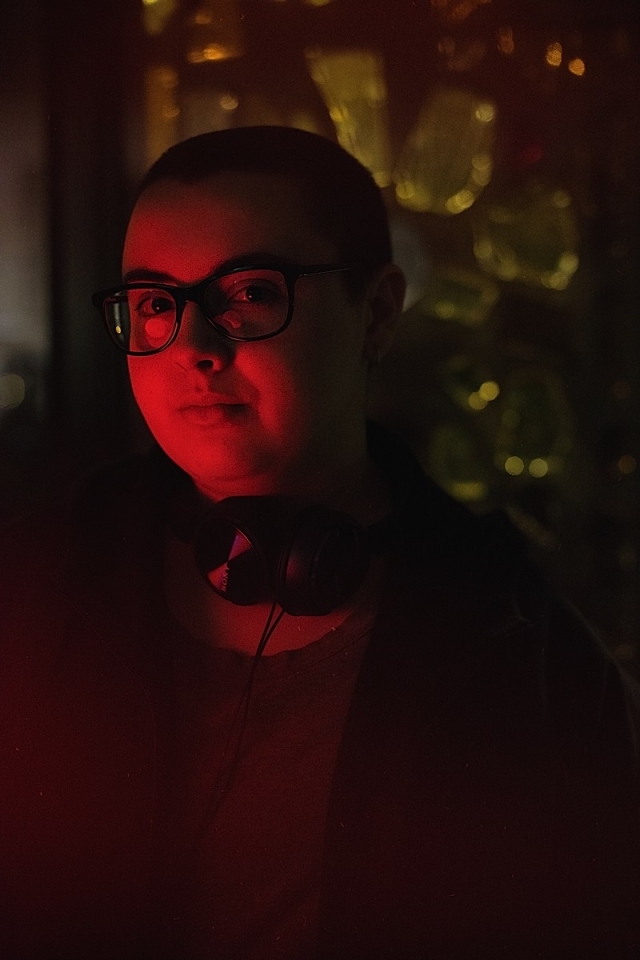 Playwright Shannon TL Kearns (Twisted Deaths) inquires into how trans people interpret and misinterpret behaviors of others in a new play titled Line of Sight. Told through the voice and debatable perceptions of a trans high school student named Alex, this timely and compelling play has us wonder to what degree he assumes that aggression and microaggressions are preventing him from connecting with others who might actually connect with him. Furthermore, today’s paranoid atmosphere caused by school shootings adds to the anxiety level experienced by the characters throughout the play.

Uprising Theatre Company has staged a crackling first production of the Kearns work at the Off Leash Art Box led by a wonderfully natural performance by Art Kaiser as protagonist Alex. It’s as if the audience has walked right into the very reality that numerous trans teens and gender nonconformers are actually living right now throughout society. You can palpably feel Alex’s frustration as he counters perceived negativity at school and at home.

However, here’s the rub. Has Alex collapsed what are genuinely mean-spirited actions with those that might be more wisely considered to be of a less “toxic” nature? Do we sometimes misapply terminology to words and actions that don’t reach the level of severity such words imply? Clearly transphobic comments are certainly made in classroom scenes but Alex generalizes those as a blanket assessment of the whole class. He fails to discern others who are potential supportive friends. This could be regarded as Alex’s proverbial tragic flaw.

Baku Campbell and Michael Novak bring refreshing complexity to Alex’s parents. Though their teen child is vexed with them, the actors do not play them as heartless villains. Quite the opposite. (This is one of the virtues of the Kearns sensibility.) When they learn that a shooting has occurred at the school, there is no doubt that each loves Alex with all their heart.

Co-directors Ashley Hovell and Anthony Neuman have staged Line of Sight in the spirit of political agitprop theater of the 1960s and ’70. It’s like headlines come to life as the agile ensemble groups and regroups in unison to create the scenes on and off the platforms of Maggie Mae Sulentic’s set – a set that well suits the dynamism of the play’s muscular execution and pictorial flow. 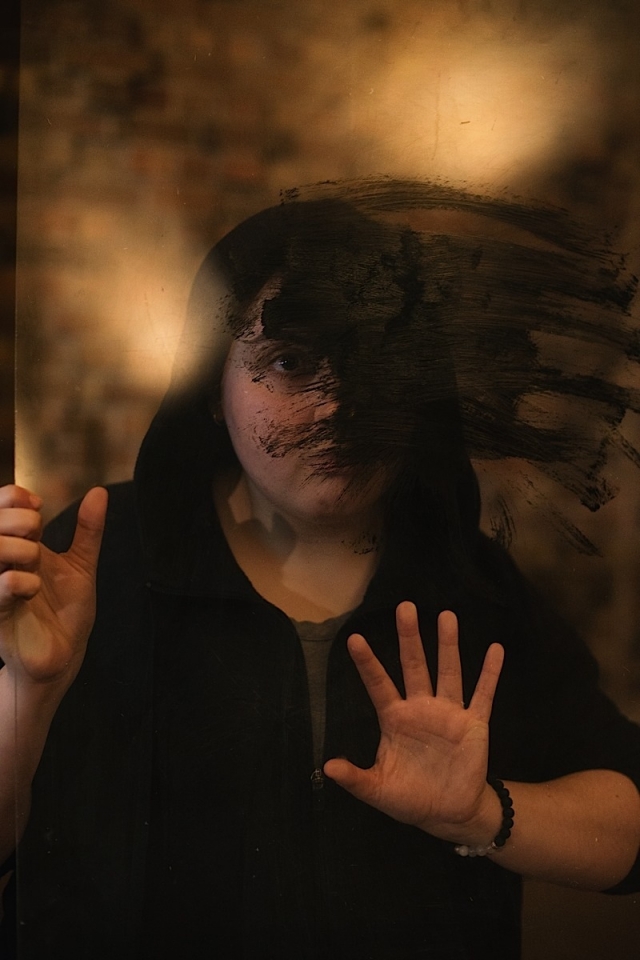 In the spirit of agitprop, there emerges a spirit figure named The Prophet played by an urbane Piper Quinn to enchanting effect. Alex meets his match and his mentor of sorts as the savvy Prophet drolly points out to him that reality may not be what it seems.

The acting approach is physically nimble and the entire ensemble is precise in movement, vocal color, and focus as it captures the signature high frequency of high school volatility: Valencia Proctor, Jeff Miller, Jordan Leggett, and Elijah Rose. The frequency these actors vibrate to is artfully heightened by Haley Sisler-Neuman’s groovy choreography and Jake Otto’s subtly eerie lighting.