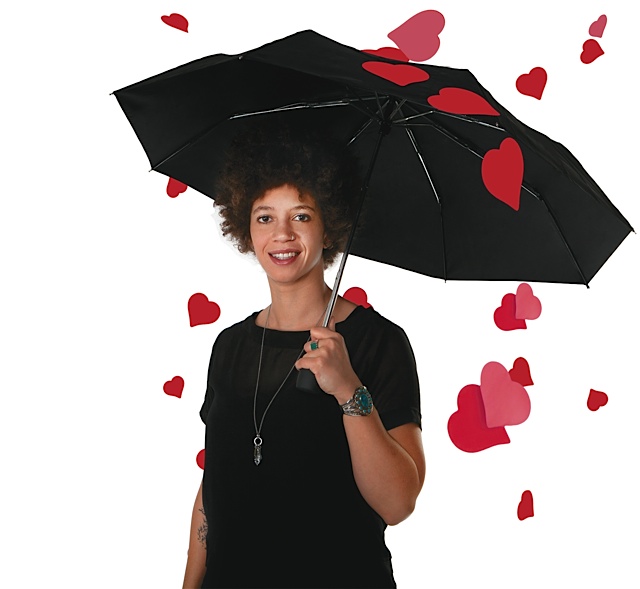 Thank you for talking to Lavender, Chastity. In listening to you and your music, it’s clear that Chastity Brown and love go together.  One of the quotes on your website that made me smile was, “Get ready to love Chastity Brown.” I’d say that much of our community already does, but I’d like to introduce to to more of it.

AL: You’re from Tennessee and live in Minnesota. Where is it that you call home?

CB: I call both Tennessee and Minnesota home.

Is your family in Tennessee?

Yes. My mom, brother, and one of my sisters live in the town that I grew up in, Union City, Tennessee.

How did your family shape you? How did Tennessee shape you?

I was born in New Hampshire and the majority of kinfolk, including my two oldest sisters, live there. But I was raised in a small town in Tennessee just north of Memphis (Union City). The location had just as much an influence on me as my family, possibly more.  Union City is a rural town close to both Nashville’s country, story-telling heritage, and Memphis’ blues and gospel roots.

When did you move to Minnesota?

I moved to Minnesota about seven years ago when I was 23. Kind of on a whim. I didn’t know anyone, except my one friend, who was coming here to go to grad school at U of M, and her parents, who invited me to tag along.

When did music enter your life?  Legends like Roberta Flack and Nina Simone have been mentioned in terms of your musical inheritance.  Who was in your ear as you matured?

Music has always been in my life. My father was a jazz/blues musician. He passed away when I was young but the potent memories I have of him are of him playing. In addition, my sister played classical piano and my brother, tenor sax. So, naturally, I had to talk my mother into letting me play an instrument or a number of instruments. During those formative years I also went to a full gospel church, one in which the music could “take over” the service and last up to two hours–a type of emotive improvisation. This is where I learned to sing out of myself.

If we’re watching the local music scene, we’re seeing the name Chastity Brown.  If we attended Prides and fundraisers for the VOTE NO campaign last year, we saw Chastity Brown.  How is this recognition feeling to you?  Is being known something you’re comfortable with?  How do you approach celebrity and being a public figure?

My first goal in playing music was to feel like I was a part of something. The style of music that I play has the tradition of being integrated with the surrounding community. When I first started playing music in Knoxville, Tennessee, one of my mentors told me that before I took off to “tour the world” I would have to first give the music to my neighborhood which, for him, meant everything from funerals to weddings to front porch jam sessions to fundraisers. He said that doing this would teach me the value of what I was doing; it would make me be honest with myself as to whether or not I thought I could really do it.

When I started playing in Minnesota I made myself available for every opportunity to play. I am grateful that folks have embraced my music. To me, being a public figure means you have to stand behind the values that got you to where you’re at.

How do you identify and how does that affect your presence in the public spotlight?

I stand under the umbrella of queer. I like this term because its meaning has broadness and breadth.  Queer is in my power to define; it is a term that is subject to change depending on the individual, and I find freedom in that.  I’ve had the privilege to play some really great festivals and colleges that take pride in queer communities.

When did your identity become apparent to you?

I guess it has always been apparent to me.  I questioned it as most young people question anything about themselves, but it just felt natural to be attracted to women.

Did you have a “coming out” or was it more of a “becoming?”  How would you talk about your path?

As I said, it has always been apparent to me…but when it became apparent to the faculty of the seminary school I was attending, let’s just say they didn’t really think it was as good of an idea to date women as I did. Subsequently, I was kicked out my freshman year of college.

How does being a person of color, as well as queer, affect your life and how you approach or are approached by others?

How much time do you have?

My main concern with this delicate subject is that I’ll be wedged into a stereotype and therefore creatively pigeon-holed. I try to let the music speak for itself in the sense that it does not always correlate to my personal life, although sometimes it is influenced by it.  My identity is a part of the fabric of it all, but it is not the centerpiece.  I believe it has to be broader than myself in order to connect with people. That being said, there is never a moment when I am not cognizant of color and identity.

Do you have any advice for young women of color who are exploring their sexual identities?

The community is vast and beautiful and, although people of color are underrepresented in the media and other outlets, you can find strong community here in the Twin Cities if you’re open to exploring your own truth.

Would you say your identity is apparent in your songwriting?

I think it depends on the listener.

What are your thoughts on love these days? Where would you say love falls in your list of influences in your songwriting?

Love is definitely a thematic element in my songwriting.  It’s not something I seek out intentionally. When I’m writing new material, it often finds its way into a song in surprising ways…it might be a story about a man who just lost his job, a woman in love, insight from a friend; it takes on various forms.

Do you have a valentine this year?  Are you seeking one?

I’ve had a sweetheart for the last seven years, so no, I’m not seeking one.

To be honest, I’ve never really celebrated Valentine’s Day.  Is that bad?

Although, I do remember in 3rd grade this kid, Perry Carr, who was tall and lanky with a voice similar to Eeyore, gave me this homemade valentine. After being severely teased about it in the hallway, his response was, “I don’t care, I think she’s pretty.” I thought that was nice.

There are so many different kinds of relationships in our lives that have value…relationships beyond couple-dom.

If you were to write a valentine on a construction paper heart, what would it say?

Chastity Brown has a calendar full of appearances on her website at www.chastitybrownmusic.com; particularly, you should be sure to get her show on April 5th at the Cedar Cultural Center on your schedule.