Lesbian Teacher, Teens in Crisis, a Transcendent Use of Language in the Gripping “Prep” at Pillsbury House 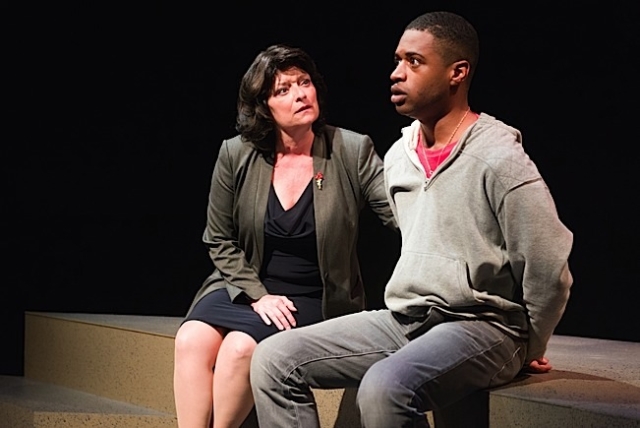 The school and socio-economic system faced by the students and their families is one which is said to be confined and defined by an institutionalization of second-class citizenship — a kind of American apartheid in which even food can become scarce. The term “prep” refers ironically to educational options unavailable to Miss Michelle’s students. 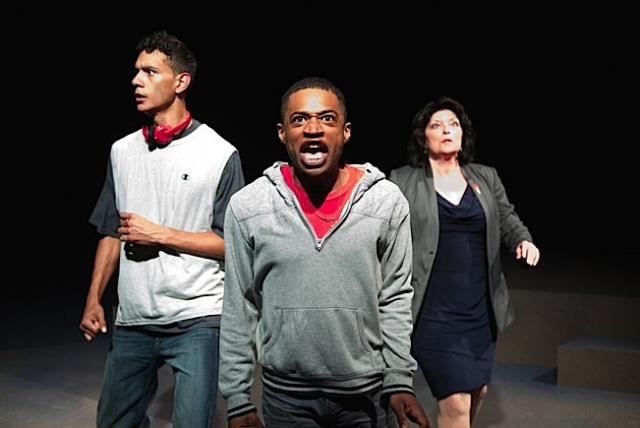 Kory LaQuess Pullam gives an utterly devastating performance as Chris, a religious and kindly teen clearly at odds with negativity in his community. Ryan Colbert is terrific as his less idealistic buddy, Oliver. This makes for friction. A misunderstanding between the teens, both of whom are black, brings on irrational reactions from Oliver’s peer group and beyond. Among the play’s many notable points are the potentially reckless use of up-to-the-minute cell phone communication, as well as a police mentality brutally primed to be excessive when reasonable alternatives would obviously be far more suitable. 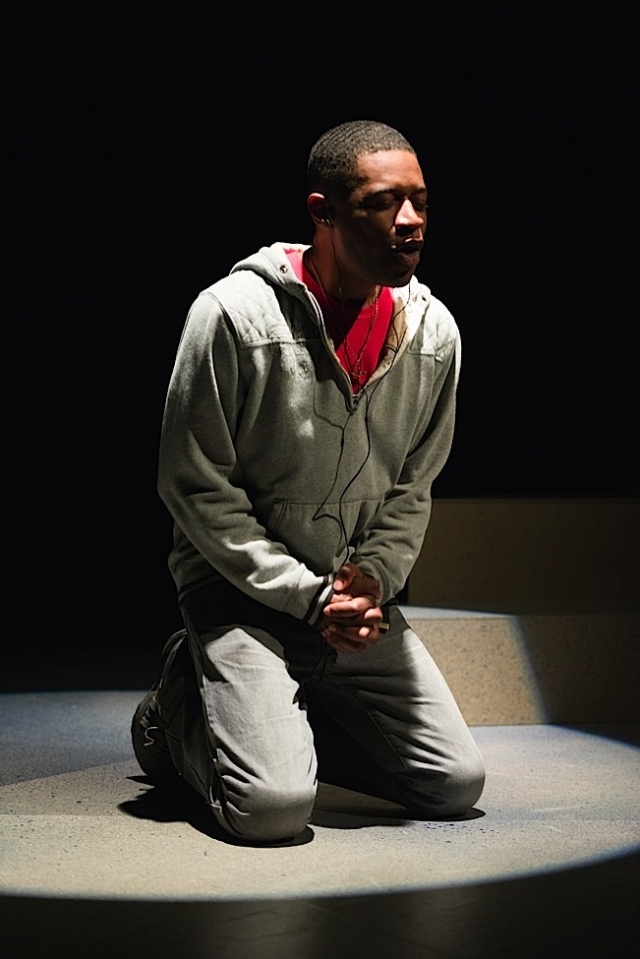 Noel Raymond has directed the trio with a heightened theatrical spirit. This is some of her best work ever. Her actors elicit wells of emotion that recall mighty classical drama. Wilson’s raw, yet exquisite verse echoes of Shakespeare and Steven Berkoff, with an astute ear to the sharp edges of today’s inner city rhythms. There’s a transcendence at play here that beautifully contrasts the gritty reality the language relates. Prep is painfully of its time, yet it stands outside time. Its characters are very much of life, yet viscerally larger than life. Wilson is a poet of the theater.