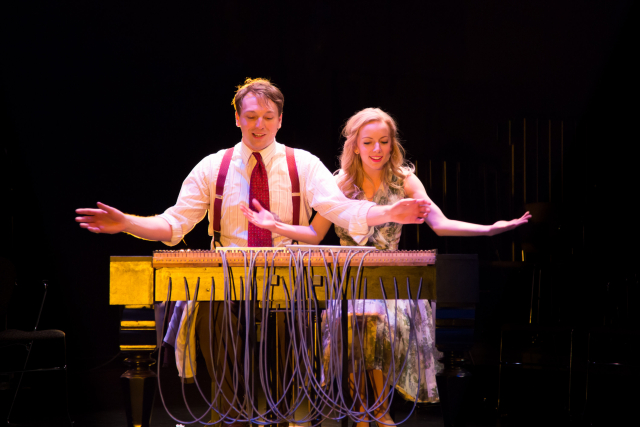 The rift between a straight father and his lesbian daughter is portrayed in The Great Work at Dowling Studio. The 7th House Theater production has been directed by Cat Brindisi, David Darrow, and Grant Sorenson. Darrow wrote the music and lyrics. Sorenson wrote the book.

A gifted composer-pianist, Hans, reflects on a love he experienced in the 1950s, well before the birth of his daughter, Charlotte. The two of them take a transatlantic flight from the U.S. to Austria so that he can relive the past. She feels obligated to go with him because she doesn’t think he is in good enough health to endure it. Her recently failed relationship with a woman is often referred to but clearly needs to be enlarged by the composer/lyricist and playwright. Its details are scant.

The ensemble stylishly embodies the remnants of European nobility that were becoming anachronisms in the ’50s. David Carey is touching as the 80 year old Hans. He is a man who has finally realized he needs to come to terms with his daughter’s sexual orientation. Andy Frye endears as Hans, age 20, all naïve innocence as he takes on a tutoring position for a prominent family. 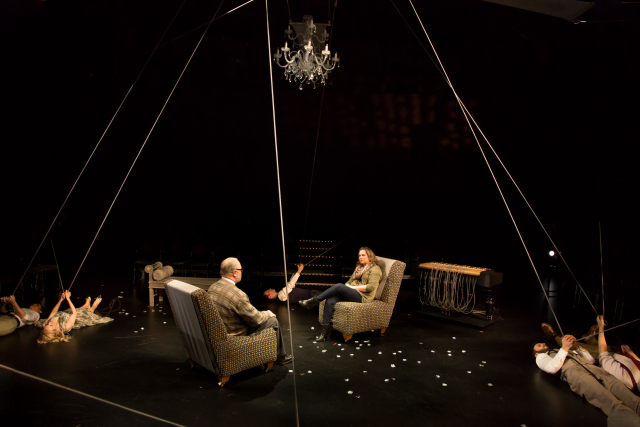 Kendall Anne Thompson is at a disadvantage as Charlotte. The part is written at a level of continuous grievance and has been directed at a high emotional pitch with virtually no variation. That said, Thompson understands the role and she manages to make us feel for Charlotte. She also has a fine singing voice.

Moreover, all the singing voices are stellar and Darrow’s music and lyrics are lovely and majestic. Jason Hansen’s music direction and orchestra are first-rate but the night I saw The Great Work the sound system was a bit hard on the audience’s ears at times.