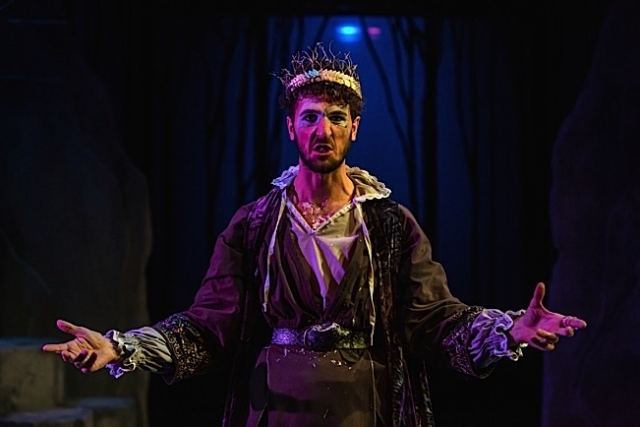 Walking Shadow Theatre Company is premiering playwright John Heimbach’s A Midwinter Night’s Revel at the Red Eye Theatre. This re-imagining of William Shakespeare’s A Midsummer Night’s Dream takes place a century ago during World War I between the realm of mortals and that of the fairies. Though the two realms are vividly expressed in the script, they seem like the same dimension in the way that Amy Rummenie has directed the piece. The actors in the fairy sections perform with a heaviness that bogs down the airy and delicate language that the script puts forth, so the pace drags and the timing doesn’t seem thought out enough. That said, the actors’ understanding of the script is clear. Moreover, the mortal characters suit the action well. 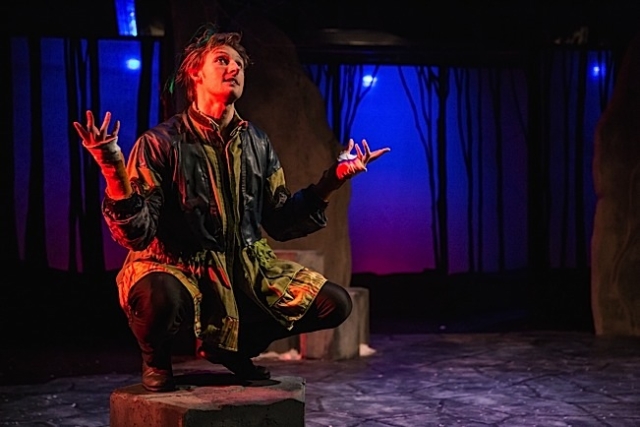 Heimbuch reveals a lovely lyricism throughout that is uncannily resonant of the Bard in parts, and an apprehension of the pagan sensibilities that exude in the word and spirit of the original. Heimbuch  has made the piece his own in an organic way. This is impressive as Shakespeare’s language is denser and more textured than many theater artists themselves appreciate. But Heimbuch clearly does. He relishes it, appreciates it, and transforms it in a way that honors the original text. A Midwinter Night’s Revel is a successful alchemical experiment in playwriting done as a labor of love.