Latte Da’s “Into the Woods”: Compelling, Meticulous, and Extended Through April 4 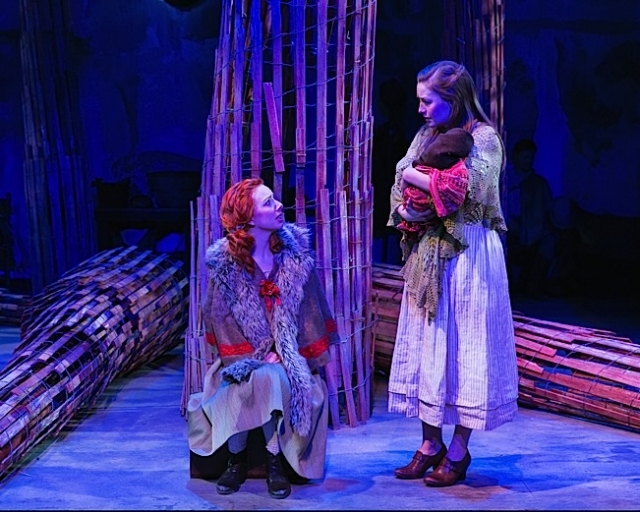 Theater Latte Da has staged a compelling production of  Into the Woods, the 1987 musical in which composer-lyricist Stephen Sondheim and writer James Lapine introduce standard fairy tale characters in the first half and then have them tossed together into a crisis situation in the second half. What happens is that the enraged Giant’s wife is wreaking havoc and retaliation on the kingdom because Jack of beanstalk fame killed her husband.

Peter Rothstein has directed an airtight ensemble that lives into the storybook roles crisply, briskly and passionately. Jason Hansen has been admirably meticulous in his music direction of Sondheim’s score. Among major musicals, Into the Wood is one of the trickiest for singers and this ensemble delivers wonderfully. 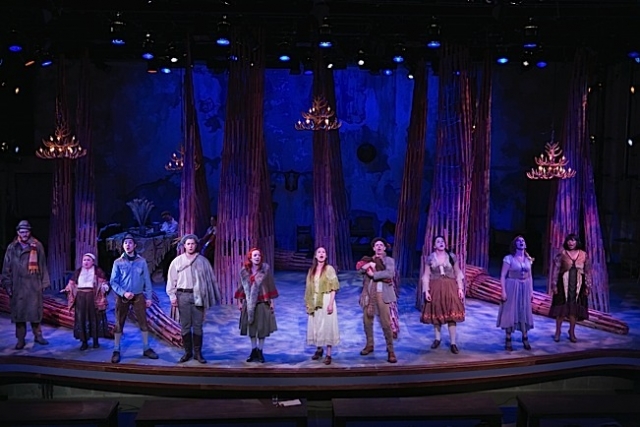 If you’ve seen the recent excellent film, the stage version is still worth catching because you’ll enjoy the contrast in how the two different forms -film and theater- elicit the same script and score. That said, a few changes were made in the film to suit the Disney crowd. Latte Da delivers the real deal.