Lamenting a Neglectful Father in the Moving ‘FIVE’ 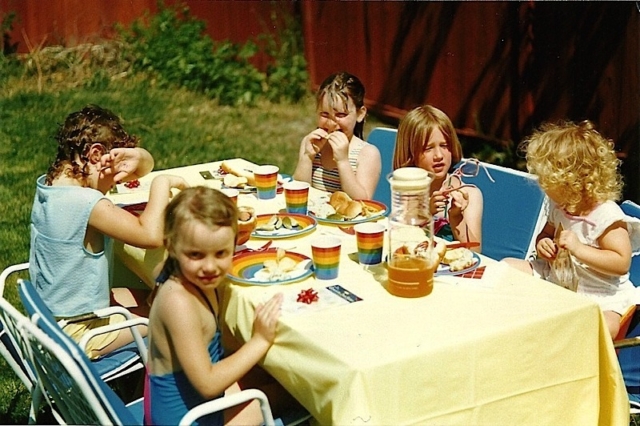 20% Theatre has staged a lyrical and poignant production of a new work at Dreamland Arts in St. Paul. Titled FIVE, a woman reflects on the emotional neglect and wounding she suffered from her father. Originally generated by co-director Claire Avitabile, this stream-of-consciousness piece has been developed along with co-director Shalee Coleman and five terrific performers who play primarily childhood flashback scenes while the protagonist, played by a touching Briana Patnode, relates the degradations inflicted by a dad who was not only an alcoholic, but a serious drug addict (as in, illegal drugs). He even did drugs in front of his child.

The action flows fluidly between times of the woman/girl’s life. She can’t seem to get to the other side of the wounds of childhood. Patnode deeply elicits the anguish of a grown woman who so deeply needed the love of a father. As a man watching this done by a feminist/queer theater group, I found this aspect of FIVE to be unique and profoundly moving.

Patnode is given fluid and splendid support by a seamless acting ensemble: Kathryn Fumie, Meagan Kedrowski, Beckett Love, and Pearl Noonan. Avitabile’s ethereal sound design and Courtney Schmitz’s gentle lighting enhance a permeating sense of healing and melancholy. It leaves you hoping this woman will find a way to happiness. We come to care about her.