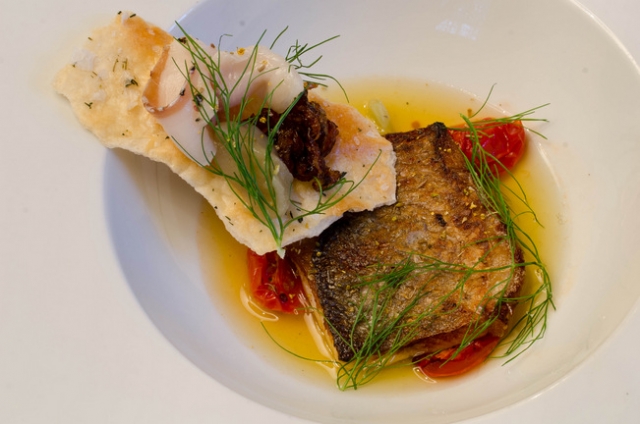 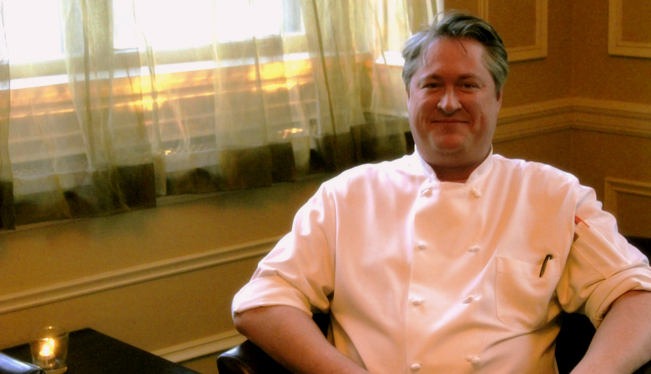 The restaurant business is nothing shy of difficult. The amount of work and effort that it takes is extraordinary, especially in the world of fine dining. Very few restaurants make it to five years, let alone ten, but Minneapolis’ premier fine dining restaurant La Belle Vie has gone above and beyond (as is their usual MO). This month they get to celebrate their 15th anniversary as a Twin Cities culinary institution.

La Belle Vie Executive Chef Tim McKee is also a Twin Cities icon, having revolutionized the way the city looks at and appreciates food. He was the first in the state to bring home the nationally coveted James Beard Award. He’s also helped to bring up through his ranks some of the finest chef’s the cities have ever known. If you’ve never had the pleasure of sitting down to the grand tasting menu or a relaxing night in the lounge, you’re missing out on a singular Twin Cities dining experience.

We had the extreme pleasure of sitting down with Chef McKee to discuss the history of LBV and what it means to him to have made this milestone.

So how does it feel to be 15 years old again?

Let’s go back to the beginning of it all. Can you tell us a little bit about the first week of opening?

Oh yeah! It was one of the hardest weeks ever. When we first started, we didn’t really know what we were doing as far as running a restaurant goes. We knew what we were doing behind the range, but running a restaurant was a whole different ball game for us. We came from D’Amico and we could run the kitchen, but the kitchen is, you know, there are a lot of other parts that come into play. There was a definite learning curve and it continued to be, well, I guess up until now. 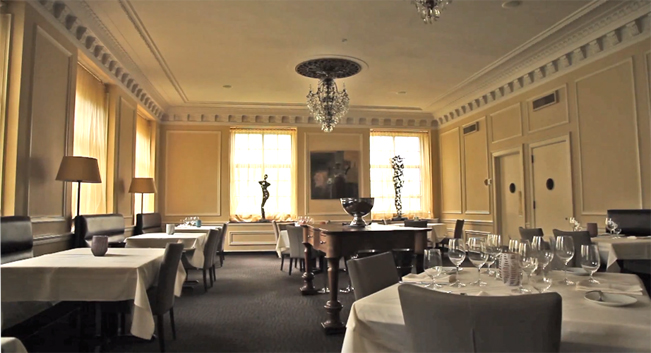 What was the most difficult part of opening up a new place? Did you open up shop and it took right off right away?

Not exactly. You know, you’re always wishing you were a little busier with that kind of thing. I don’t know what the most difficult parts were; it was just adjusting to the unknown. That was probably the hardest hill to climb for us. The funny thing about it is, is that La Belle Vie as it is now isn’t remotely what we anticipated or planned for La Belle Vie to be. Originally we expected it to be a neighborhood restaurant that you could go to a couple of times a week. You know, have some good food, some good wine and maybe a great Belgian beer or something like that. But, as time went on, we had to adapt to what people’s expectations were for the concept and those expectations were very different from what our expectations were for the restaurant. People decided that we were one of the best restaurants around and so we ended up changing the restaurant to accommodate their expectations. When we moved to Minneapolis, we decided that since people think that we’re the best restaurant around, maybe we should go ahead and be it. So when we opened this restaurant we really pulled out all the stops. We elevated the level of cooking that we were doing, focused on tasting menu’s, the level of décor and service. It was really an adventure. 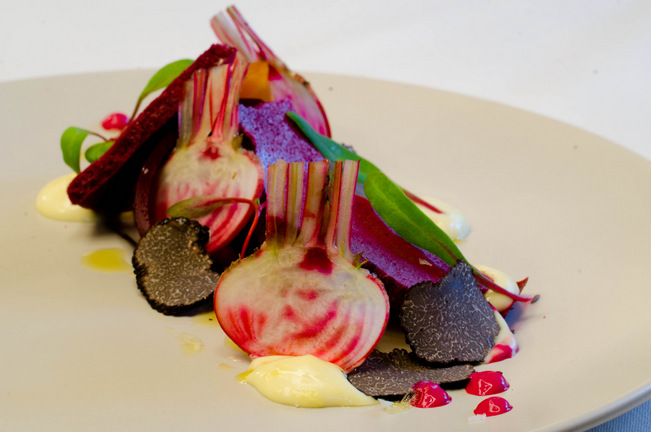 Do you remember what went into writing your first menus for La Belle vie?

When you’re a cook and you’re working for someone else, you’ve always got these ideas that you think are going to blow minds. It’s funny because I look back at some of the dishes and think, ‘what was I thinking? Really, was that the best I had?”, but it’s a learning and building experience. I’m really proud of the dishes that we did back then, but I doubt we’d do any of them now. I do remember keeping a notebook about ‘this is the restaurant I want to build’. You know, there are still some things that stand the test of time. Fifteen years is a long time in the culinary realm, but there are still some things that I’d be proud of.

Do you still have that original first menu framed somewhere hanging on a wall?

No, you know I don’t! It’s so funny, it’s 15 years and the way technology is now and how it was then. My organizational skills have come a long way since then. Back then I didn’t really archive like I do now and how many computers have crashed in the meantime where I lost everything and that sort of thing. I’m pretty sure that on some drive somewhere I’ve got something that’s pretty close to the original. I should try to dig that up sometime! 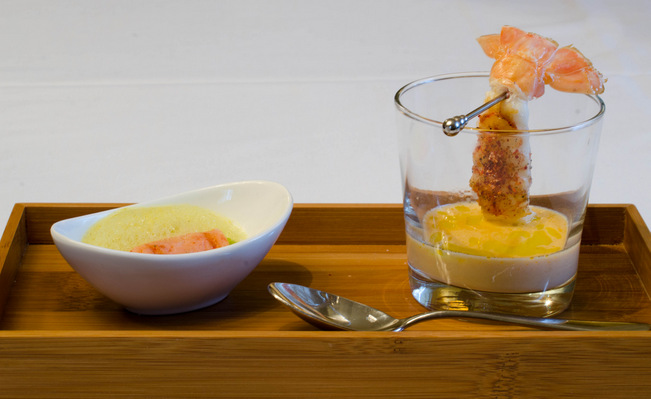 Do you have any pinnacle moments or highlight stories that you’ve got from over the past 15 years?

Well, obviously there’s so many of them. I guess that depends on what version of memorable you’re looking for. Obviously the Beard has to rank pretty high up there. I think there a lot of those kinds of moments that are really pinnacle moments. We were on the Gourmet Magazine Top 50 List, but you know, at some point there’s so many awards that they kind of lose their impact a little bit. It’s great to be recognized, but really what we want to focus on is really doing a great job. One of the best aspects of running this restaurant over fifteen years, is that as a cook, most people, most cooks will maybe never hear ‘that was the best meal I’ve ever had and we’ve heard that a lot. That means so much. If you’re in a position to give someone the best meal they’ve ever had you’re having an effect, a lasting effect on their lives which is more than you can hope to expect in this business in a lot of ways. You know, we feed people and hopefully we make their evening a pleasant one, but to influence someone on the best meal of their life is a pretty great compliment.

Can you sum up the evolution of La Belle Vie?

Well, I kind of touched on that a little bit, but one thing I didn’t talk about was that I’ve had the opportunity to work with some amazing people and that really is key. You know, if you get to work with YC [LBV Chef de Cuisine Mike DeCamp] of course and Diane Yang, Adrienne Odom and Jack [Riebel], Tyge [Nelson], Smalley [Shawn Smalley], and Jim [Christiansen]. Not to mention the front of the house; Matt Anderson, Bill Summerville, Jay Hanahan. You know, these guys are all amazing, amazing people. I’ve had the benefit of being able to work with a group at the right time. The food scene during those 15 years; that’s when it was building and now I think it’s headed in an amazing direction. It was a different scene back then. When we first started there weren’t a lot of chef-owned restaurants. There were owner owned restaurants, but then guys like Doug Flicker and we opened and Vincent opened and now you’ve got… all the restaurants aren’t they? Aren’t they all chef owned? [Chuckles] But you look at how it was then and how it is now and it’s tremendously different and I think it’s all for the better. I couldn’t be happier with the way the food scene is developing. 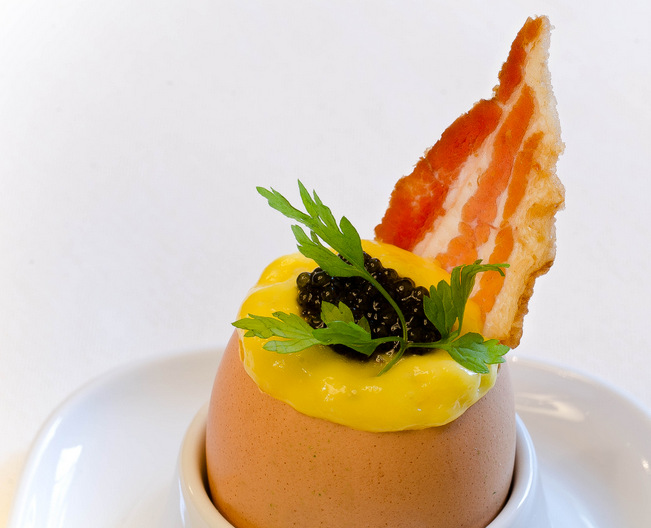 Along those lines, you’ve had a lot of people now who’ve branched out on their own or are doing different things with different people and they’re really doing tremendous work around town. How does that make you feel?

It’s really good and I’m really proud. I’m really thankful to have had the opportunity to have been able to work with them. I mean, we’re all friends. It’s really cool having that kind of family that’s a community. Some of the greatest times ever were when the majority of us were all working together here on the line. You know, it wasn’t work, we were all having the best time ever!

So after 15 years in the business you’ve already gotten from point A to point B. Where’s point C?

You know, it’s funny because I’ve never even thought about that, but it seems to be that everyone I’ve talked to lately wants to know. You know, I’ve mentioned that we’re not long-term planners. Pretty much what we’re focused on is the next menu. That’s about as far ahead and we’re planning. We’re thinking towards spring and spring produce. Where’s it going to go? I don’t know. This isn’t where I guessed it would be five years ago. It’s had its ups and downs, but we’re in a great place now and things are exceptional! 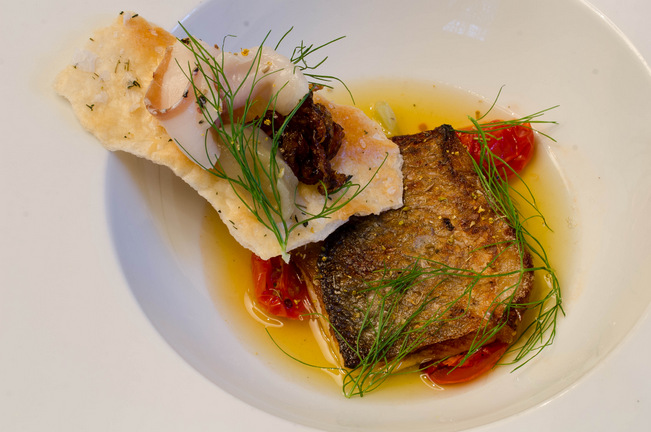 Do you have any words of advice for all the young and would be restaurant owners out there? How can they stay in business for 15-plus years?

You know, I wonder that too. I’m surprised that we are. Everyone is so onto the next thing all the time. People aren’t developing favorites that they’re sticking around for, for years and years. I don’t know if the trend of restaurants being around for 15 years is something that will happen. Maybe it will, maybe it won’t. You see restaurants like Jax in Northeast; what, they’ve been open 75 years or something like that? You don’t see restaurants like that anymore. D’Amico Cucina and Goodfellow’s, they each lasted 30 and that’s a long haul. I don’t know if we’re going to last until 30, but I’d love it if we did. That’s uncharted territory as far as I’m concerned.