Kyle Taylor Parker Soars in “Kinky Boots” at the Orpheum 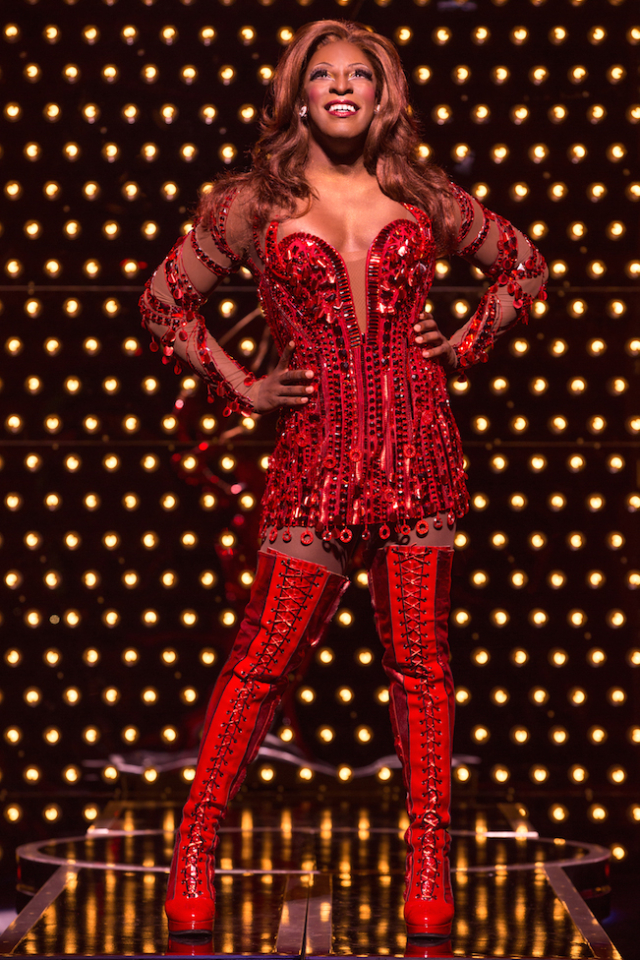 The Lauper and Fierstein musical phenomenon, Kinky Boots, has official taken the Twin Cities by storm with a glorious national tour production directed and choreographed by Jerry Mitchell and a soaring turn by Kyle Taylor Parker as Lola, the drag artist who comes to the rescue of a century-old footwear factory and its labor force.

Parker shapes a persona with a presence reminiscent of Shirley Bassey and a vocal style reminiscent of Aretha Franklin. Composer-lyricist Cyndi Lauper has an ear for the fabulous black pop divas post-1960, ’70s rock, and echoes of disco. Moreover, she reveals an utter well of empathy for how men suffer overwhelmingly from other men’s projections — a major concern running throughout the musical.

For example: the duet ” sung by Parker and his endearing co-star, Steven Booth as Charlie, a straight man. They sublimely express the anguish of having a father who can’t/won’t accept his son’s queerness and a father who couldn’t/wouldn’t accept his son’s inherent disinterest in carrying on the family business. This is surely among the greatest tunes in contemporary musical comedy.

Groundbreaking book writer Harvey Fierstein (Torch Song Trilogy) has outdone himself yet again with dialogue and character development that makes a palpable and exhilarating case for the need for and the empowering potential of unconditional love and accepting others for who they are. It may sound too basic to the cynical, but as channeled through Lauper and Fierstein, it’s a power that can change the world.

Gregg Barnes’s glitzily glamorous costumes enhance the themes of celebrating our true selves and others no matter what people might think. Lindsay Nicole Chambers and Joe Coots shine in supporting roles as characters who come to understand the necessity of reconfiguring how you see the world and others around you. The entire cast is picture perfect and wonderful.