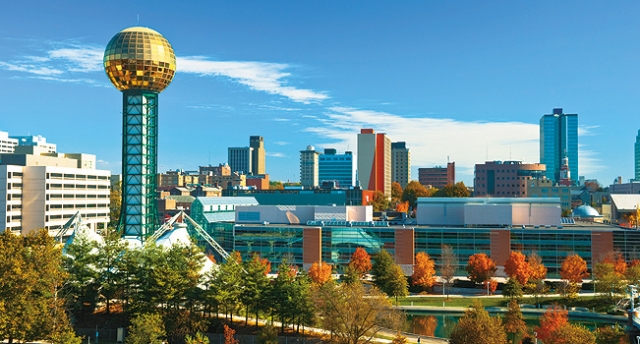 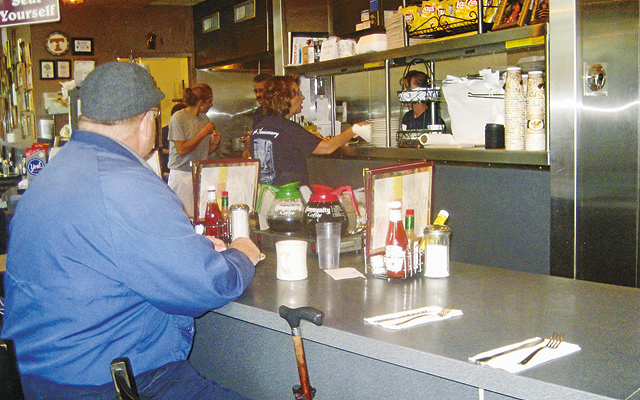 It goes by the name of Tennessee, but I’d call it the Republic of Bacon.

Consider Knoxville its Ground Zero when it comes to pork products, where lard, sausage, and country ham round out the food group. Bacon favors everything from salad dressing to ice cream, but it’s at its best at breakfast.

Pete’s Coffee Shop, frying bacon for 27 years, knows a thing or two about the art form. “I serve food like I want to eat it,” declares its hands-on owner, as an equally seasoned server hands me a plate of bacon, eggs, grits, and biscuits lavished with thick, white, pork-fat gravy: “All raht?” she inquires as she warms the coffee of what looks like Knoxville’s entire police force at the next table.

The Lunch Place (where breakfast—don’t ask—is the forte) is another icon among diners, where the mayor is often spotted keeping up his strength on pork in all its glory: Choose bacon, ham, country ham, sausage, and/or pork chops to accompany your eggs, grits and gravy, and biscuits as big as a cantaloupe. “More coffee, baby girl?” my server offers as an embellishment to the grease.

Hop on over to the Plaid Apron, where chef-on-the-rise Drew McDonald left his pre-med studies to follow his fancy for farm-to-table food: “If I was sitting down with my family, this is what I’d eat,” he professes while delivering platters of Southern staples: pork belly (aka you-know-what) with roasted broccoli, soft-poached eggs, and onion gravy; cornmeal flapjacks with sorghum butter; pork sausage; lard biscuits with Benton’s bacon gravy; and the flat-out creamiest grits on the planet. 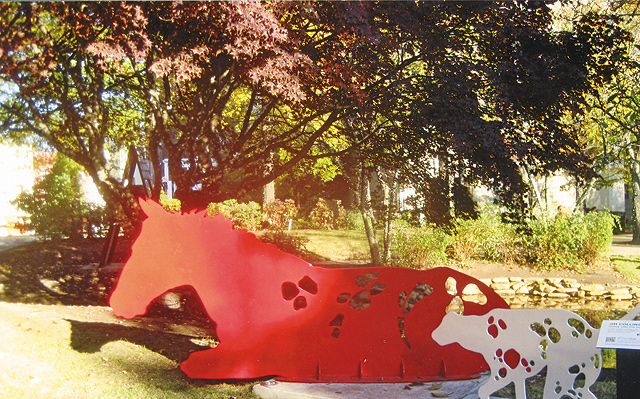 Tupelo Honey is the new kid on vibrant Market Square, serving its own über-unctuous grits—here, mined with goat cheese aside fried green tomatoes and as star of its shrimp & grits specialty, which also includes bacon from Benton’s, a tiny shack in the middle of nowhere currently causing uppity New York chefs to swoon. It’s also the bacon of choice of forward-cooking Amber Lloyd, chef of Knoxville’s temple of fine dining, The Orangery. Amber melds it with fingerling potatoes to side her spring chicken (or feast on foie gras with duck confit. But whatever you do, don’t miss her old-fashioned, mile-high coconut cake).

Bacon even salts the city’s lively music scene. At the Crown & Goose (live jazz) you’ll find it topping the wedge salad, paired with savory Stilton. And at the Visitors Center’s deli counter, bacon (yes!) gilds my chicken sandwich as I chew in rhythm to the daily free noontime live broadcast of bluegrass on WDMX. DIY? Neighboring Moreland Music sells banjos, guitars, and fiddles, and passes along the know-how, too.

Music rules at the newly re-beautified Tennessee Theatre of 1928, restored to all its Moorish glory. Next up: Lyle Lovett. And across the street, the Bijou—the city’s oldest business building of 1813—proffers another ornate venue for local bands. (Hey, you never know: Roy Acuff, Elvis Presley, Hank Williams and Dolly Parton all got their start in Knoxville.) 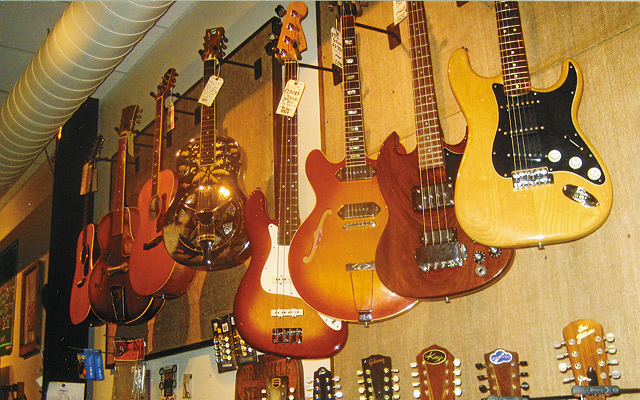 To work it all off in the pleasantest fashion, add Knoxville’s fourth B: biking. Or hiking. Or paddling, thanks to Knoxville’s brand-new Outdoor Adventure Center sidling the Tennessee River. A one-stop shop for renting/buying equipment, Outdoor Adventure Center also hosts expeditions through a network of ten woodland city parks and 35 miles of easy to moderate trails, situated—get this!—only two miles from downtown: “a playground in the middle of the city,” exults Carol Evans of Legacy Parks. We hiked amid Ijam Nature Center’s 300 acres skirting the river, on up to an abandoned quarry, now a deep, still, silent pool. Or join NavCal River Rides for a narrated river tour starting at Volunteers Landing.

Who were those Volunteers? A visit to the East Tennessee Historical Society set me straight. They were the troops who upped for the War of 1812. Delving even earlier, via exhibits and narrated diaries and letters, I encountered DeSoto on his “discovery” journey here, where he demanded 30 Cherokee women as slaves. (Wisely the Cherokees simply packed up camp and left him.) Longhunters like Daniel Boone and Davy Crockett vied with the Cherokees for precious pelts. Still rebellious, not long after the Revolutionary War, part of the state left the new U.S. government to form its own, called Franklin, which lasted four years. 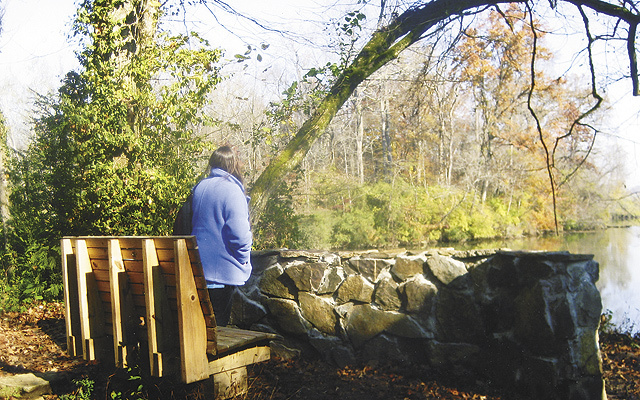 Tennessee didn’t secede during the Civil War, however. But it became known as the battleground of brother-against-brother, where the state’s Abolitionists fought their neighbor Secessionists, leaving womenfolk to guard the farm from scurrilous raiders. More skirmishes during the Civil Rights era, as sit-ins led to riots. These days, all that folk dicker about is which band—or beer—is best.

No bloodshed to be found at the Art Museum, where Tennessee’s Impressionist painters have captured the romantic Smoky Mountain views before Abstract Expressionism took over Knoxville’s palettes. Marking the city’s heyday as site of the 1982 World’s Fair, the nearby Stratosphere soars six stories above downtown, providing a free view of the city’s past, present and exciting future.
For information, visit www.Knoxville.org.

Pridefest occurs in June, with a mega-parade down (of course) Gay Street