Out gay hip hop artist Kevin “Kaoz” Moore’s latest album began as an EP but grew in light of personal and environmental challenges, notably the increased publicity around police brutality and the emergence of the Black Lives Matter movement. The album, The End is Beginning, was released June 9 and is meant to serve as a wake up call to social ills as well as a celebration of victory over a physical illness that threatened to halt the completion of the project and Kaoz’s career. 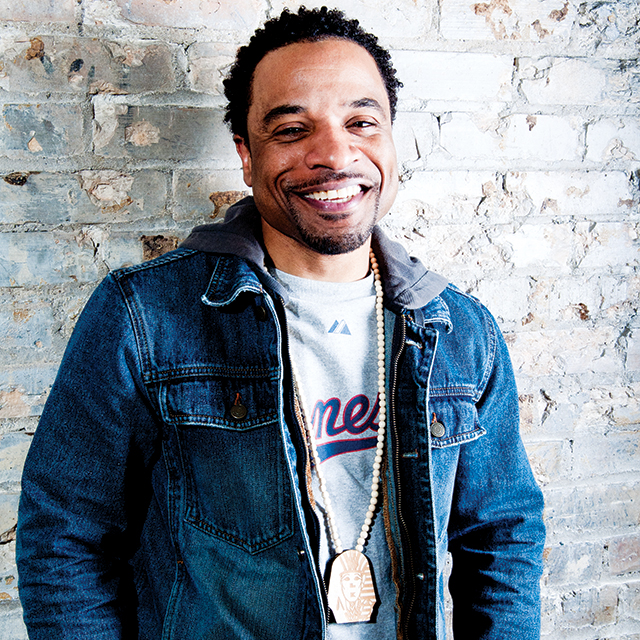 For Kaoz, getting to this point has been a slow crawl into the Twin Cities hip hop scene. The Cleveland native began his artistic career appearing in countless plays, community theater projects, independent films, and writing competitions. As grand poetry slam champion of his city, Kaoz represented Cleveland at the National Slam competitions two years in a row. He began his career in Minneapolis as a spoken word artist performing at places like the Blue Nile and the P2P stage at Twin Cities Pride. After 2010 and a meeting with local spoken word and hip hop phenom Guante, Kaoz began to perform hip hop as part of the collective for Hip Hop Against Homophobia. This group included Kaoz, Guante, See More Perspective and trans-identified rapper Heidi Barton Stink (who later has been featured on the album Kaoz Presents: Real Talk MPLS) and Kaoz has been pretty active in the scene ever since.

Flash forward five years and Kaoz is releasing The End is Beginning, a fifteen-song album which was meant to be a six- or seven-song project, but as time went on things changed, especially this past year. “In August I dealt with a bad police harassment situation which came at the very top of me becoming afflicted with Bell’s palsy,” Kaoz says.

Bell’s palsy, also called idiopathic facial paralysis, is a paralysis or weakness of the muscles on one side of the face. This condition comes on suddenly, often overnight, and usually gets better on its own within a few weeks. In the case of Kaoz, it affected his speech and ability to perform, so after canceling all of his gigs for the remainder of the summer, he dealt with it head on, recovering within two months. However by then, the world became aware of Michael Brown and Eric Garner, and the U.S. Department of Justice declared Kaoz’s hometown police force in need of an overhaul.

“I decided that I needed to take this creative opportunity to not only speak from the standpoint of a gay black man (which I have in all my recent projects),” Kaoz says, “but mainly to speak as a black man. I wear this every day as I step into the world, and as much strength as it gives me, it makes me a target. Instead of being self-indulgent, I had to speak for my people.”

To anyone that hears Kaoz speak or listens to his music, it’s clear that he is outspoken about a variety of causes. Among them, he lists trans rights and visibility, poverty, educational reform, interpersonal relationships, sex, fetishism, oppression, self-love, and he says “I could go on. They all influence my music. The theme of equality goes all through the current project, though.”

As passionate as Kaoz is about equality and self-love, it should not be a surprise that he consciously wants to leave a legacy. Specifically, one of encouragement. “I want to inspire people regardless of age to follow their dreams,” he says. “I want all the kids, as well, who may hear my voice to find the strength to tackle their musical ambitions regardless of genre or how the ‘majority’ may view their art. We all have value and can contribute great things to this world. I want to be remembered for being fearless in a genre that media has scapegoated [as a cause of] a lot of problems.” 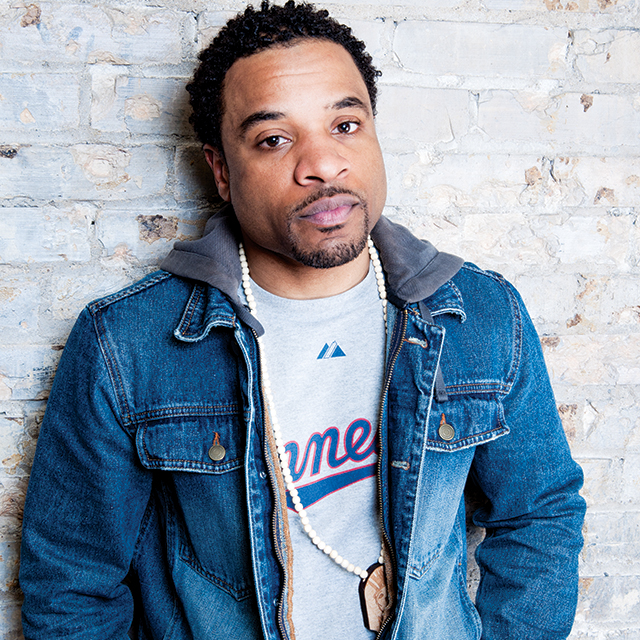 Through his music, Kaoz always explores the intersectionality of race and sexuality, but with his newest album he wanted to explore the former head-first. According to Kaoz, many opportunities come to talk honestly about race, but few people take advantage. He says, “Many people of color feel unheard, and many white people are too pussy to be honest about how race affects our lives and attitudes. Time for everyone to butch it up.”

With that same token, he challenges listeners not to believe everything the media espouses about the hip hop culture, most notably its acceptance of GLBT identities. Hip hop is not inherently homophobic, he says. In fact, according to Kaoz, individual artists might be partly to blame for this reputation.

“Individual artists are responsible for the messages they put out,” he says. “Sometimes they do or make music that totally hurts us, and sometimes those people are us. It’s like they don’t wanna give up the privileges that come with being the status quo. What creates the big homophobic illusion is/are corporations and folks behind the scenes who roll out media, who control what we see and hear on the daily basis. [They] twist things up in order to get a certain result or reach a bottom line. It points to a way bigger problem around cis-men and -women in suits and conference rooms, with stakes and money involved in order to perpetuate stereotypes and increase division among social groups.”

With that larger issue in mind, Kaoz also acknowledges how much work there is to do within the GLBT community. This year’s Pride theme, “Together We Can”, is a noble one, according to Kaoz, but he doesn’t want to spread the illusion that work is complete. Instead, he puts forth a call to action and a challenge for members of the community: take the opportunity to give up privileges in order to make a bigger change in this world. “Together We Can”, but only if we are willing to question if we are helping or hurting the cause with our privileges.

To which he adds, “That my friend is a totally different article. Don’t get me started.”

The End is Beginning is available on iTunes for $9.99. For more on Kaoz, be sure to visit him online at www.kaozonline.com.