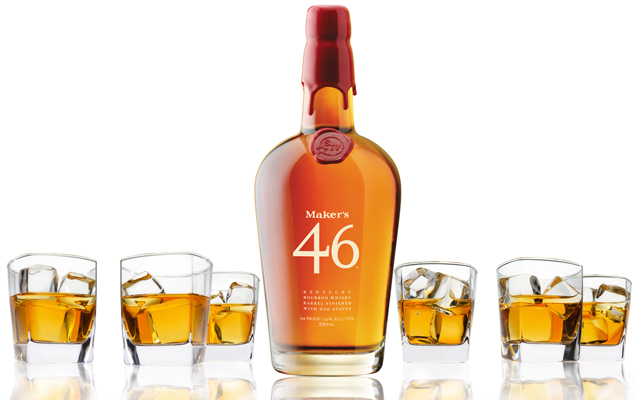 I made my way from Minnesota; they’d travelled from Manchester, England, arriving in the softer climes of Kentucky in 1805: an enterprising religious community called the Shakers. Clever craftsmen, they set about constructing Shaker Village at Pleasant Hill, which by 1823 housed almost 500 believers. Today 35 of their original 239 buildings are preserved on the 3,000-acre estate; 12 are open to the public, to sleep, eat, shop, enjoy a concert, watch (and join) craft demos, and hike 40 miles of trails through restored native prairieland along the banks of the Kentucky River.

The river transported their signature wood products—furniture, brooms, decorative boxes— down “the Shaker Highway” to New Orleans. They were innovators, these Shakers, looking to the future rather than centered on the past—inventing the high-tech tools of the day, such as the clothespin. Their buildings and furnishings remain models of elegant simplicity—the clean design finding favor in today’s shelter magazines. And—who knew? Not I—they weren’t world-renouncing, as, say, the Amish. Bright colors flowed from their looms and knitting needles, and music from their services. And dance? Well, that’s how they got their name: the Shakers. Living the good life—“Heaven on Earth”—was their mantra.

What they didn’t do was, um, copulate. They lived by their three Cs: community, confession, and celibacy. Women had status equal to men, just separate: two doors, two staircases, two dorm rooms in each communal house, which also included a woodworking shop, printing shop, and infirmary.

One of these houses now serves as a hotel, enhanced by a restaurant. And, these days, Kentucky bourbon. I sipped a smooth Woodford Reserve with my beef burgundy, served atop cheese grits, followed by a divine wedge of lemon pie. Guests may take classes in everything from fly fishing to landscape painting and enjoy festivals running from chamber music to brews-and-bands (www.shakervillage.org).

Shakertown Road leads to Danville (pop. 15,000) smack in the center of Kentucky. But long before that asphalt, Daniel Boone blazed the way, and by 1784 Grayson’s Tavern offered respite on the way to the Wild West. The tavern now serves as the Visitors Center, anchoring Constitution Square, where Kentucky broke away from Virginia and became a state, choosing Danville as its capitol. Explore chinked-log replicas of the courthouse, meeting house, jail, and post office of 1792, smaller than my kitchen. By 1820 a brick schoolhouse and row house joined the quadrangle. Summertime, history is a backdrop to festivals like the Great American Brass Band and the Kentucky State BBQ (plus reenactments of the too-close-for-comfort Battle of Perry, one of the bloodiest of the Civil War). 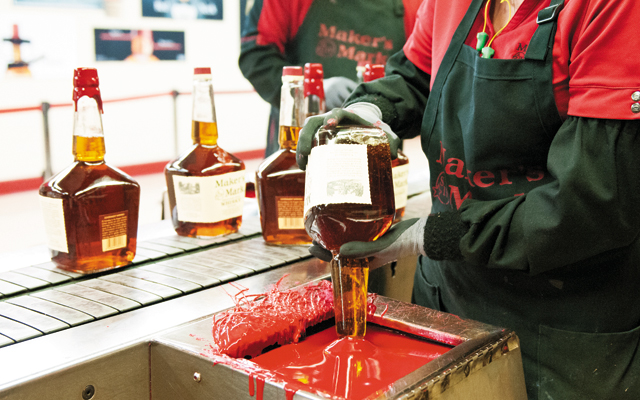 Danville’s Great American Dollhouse Museum puts its own spin on history with 200 miniature buildings that turned me from eye-rolling to enthusiast in about five minutes. Proprietor Lori Kagan-Moore never had a dollhouse as a kid, but she’s more than made up for that omission with a purist’s collection that’s age-correct, size-correct, and historically-correct, down to the last bitty chandelier. She’s created a path through history that not only showcases the patrician mansions of the one percent, but also tenements, sweatshops, African-American homes, and, into the 20th century, a Greyhound Bus Station and movie house. Pioneer Playhouse is a playhouse of a different sort—a summer-stock theater built by the sweat and passion of its founder 65 years ago and now run by his kids. A local playwright pens dramas born of history, in repertory with Mark Twain stories and comedy by Etta May, “the Queen of Southern Sass.”

Got art? That, too, is in this gem of a small town. The library, given a stylish renovation in 2010, showcases regional artists such as glassblower Stephen Powell, whose work, resembling a shimmering bouquet of balloons, illuminates the foyer. Antique quilts line a wall, and historic photos of Danville’s citizens form a tile montage on another. Close by, the Community Arts Center hosts avant exhibitions, which explains its Recycle show honoring a cardboard giraffe and musical instruments from the town dump: a hubcap guitar, cookie-tin banjo, and Maker’s Mark bottles drafted for a xylophone.

Over at the Norton Center for the Arts on the sweet campus of Centre College (where glassblower Powell teaches), art segues from Rodin sculptures to post-mod. The Center’s auditorium hosts everyone from cellist Yo-Yo Ma to (Remember?) the Vice Presidential Debate of 2010, with 50 million viewers’ eyes on Danville. (www.danvillekentucky.com )

Prepare for superlatives as you swing west to Bardstown, second-oldest city in Kentucky, and, according to USA Today and Rand McNally, home of “the Most Beautiful Town Square in America.” It’s anchored by Old Talbott’s Tavern, a stagecoach stop since 1785. It also serves as trailhead for the Kentucky Bourbon Trail, with six legendary distilleries within tasting range, including Maker’s Mark. To celebrate Maker’s 60th anniversary in March, a brilliant sculpture arcade was commissioned from just-as-legendary glass sculptor Dale Chihuly, open to the public.

Kentucky was deeply divided during the Civil War, with 40,000 Confederate soldiers and 90,000 in the Union Army. One of its bloodiest battlegrounds—called “Hell’s Half Acre”—occurred on Bardstown’s doorstep, as the town’s Civil War Museum brings to life with uniforms—both blue and gray—cannons, swords, and pistols. The brave ladies of the conflict are honored in a separate museum dedicated to Women in the Civil War: nuns and nurses, writers like Harriet Beecher Stowe (Uncle Tom’s Cabin) and musician Julia Ward Howe (“Battle Hymn of the Republic”), along with “Frank,” with her paste-on moustache—a spy for the Secret Service, and femme blockade runners and disguised enlistees. 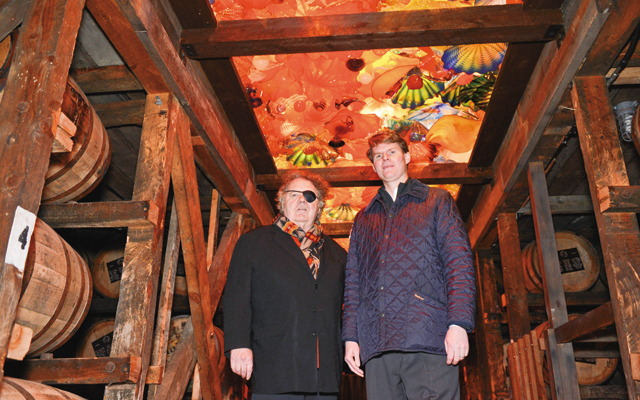 Near it stands Old Bardstown Village, a frontier community of 1790 recreated by moving 13 chinked-log buildings from nearby farmers’ fields to this streamside location: a tavern, schoolhouse, mill, and furnished cabins to explore.

Then, a dwelling of a far different sort: My Old Kentucky Home, the genteel brick mansion of 1818 where Stephen Foster, a cousin of the owner, spent days. (So did President Andrew Jackson.) Each room is more vivid than the next, as these nouveaux riches bought wildly flowered carpets to accent walls papered in geometric swirls and palms. (www.visitbardstown.com).

Where to eat? Rye’s menu salutes white asparagus soup with pine nuts, then pork braised with coconut milk, couscous, and sweet potatoes, which I sided with cauliflower in Szechuan peppercorns, lime, and sesame, followed by an amazing avocado mousse with bits of coconut sponge cake and chili-orange marmalade. And a final sip of Basil Hayden bourbon.

Chef Edward Lee is today’s media darling, so before a performance at Actors Theatre, we dined at his adjoining Milkwood on signatures such as a fried-chicken and waffle starter (too, too precious), a lovely braised oxtail with spaetzle and hominy—even smoother with a sip of Eagle Rare bourbon—then sorghum and grits ice cream (once is more than enough), and apple twist cake with birch icing and fennel pollen. See what I mean?

Do. Not. Miss breakfast at Wild Eggs, where celebs rub elbows with cops and mommas over ginormous plates of wild berry crêpes with blackberry sorghum, chilaquiles, or a wild mushroom and garlic scramble with a must-do side of grits. (www.gotolouisville.com.)