Keep The Lights On – A Compelling Gay Love Story 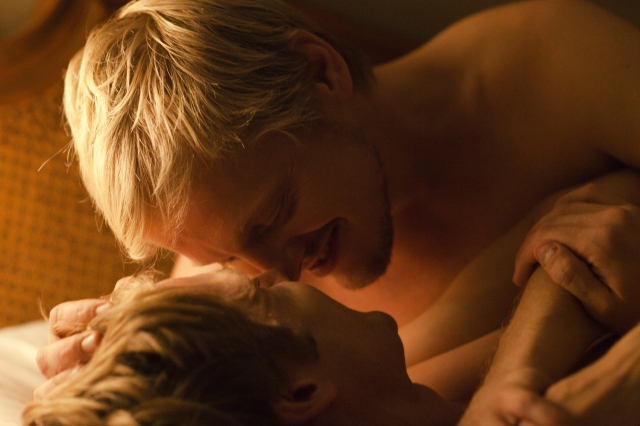 Filmmaker Ira Sachs’s Keep The LIghts On lucidly addresses issues of addiction and codependency in a gay relationship. It also portrays the fixation that some out and partially out gay men reflex to about acceptable physical and fashion appearances and socially mandated definitions of success. Call it a remarkable film that examines what can cause stress and breakdown in long-term same sex pairings.

Erik (Thure Lindhardt) is a Danish documentary filmmaker who meets Paul (Zachary Booth) after chatting on a phone sex line. Their first encounter passionately launches a deep long-term relationship that is obviously wildly sexual, but spiritual as well. The wrench in the works, however, is Paul’s incessant need to do crack during their sexual experiences and beyond. Contrary to the puritan stereotype, sex and drugs, really don’t mix very well. 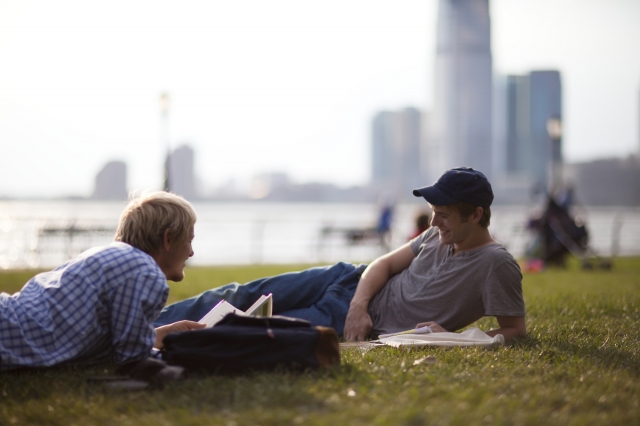 Ironically, upwardly mobile Paul, an attorney for a publishing house, judges Erik for not having a full time job. Paul’s gayness may have made him question sexual norms but not economics or stereotypes of manhood. This causes friction because Erik simply works on a different trajectory than most of society as a gay historical documentarian. He is focused on making a film about New York’s underground gay world of the 1940s and ’50s and that itself is a long-term commitment with financial ebbs and flows. To that end Keep The Lights On contains terrific vintage images of gay male iconography and evocative homoerotic paintings. By the end of the film’s decade-long time span which starts in 1998, Erik’s tenacity and diligence bear sweet fruit. But you need to see the film to see how Paul fits into or doesn’t fit into this.

Lindhardt and Booth spark compelling erotic and emotional chemistry as Paul’s chronic relapses drag down the relationship. Those who jump to conclude that Erik must just be a door mat may find that Sachs has skillfully shaped a story that reminds us not only how hard it can be to leave a toxic relationship (on this count, Lindhardt is utterly numionous), but that given the cultural and subcultural forces that aggress against gay love, it’s no wonder that one may feel that it’s his duty, if not destiny, to make it work. No matter what. One might even consider there’s something for Erik to learn in all this on some spiritual level. So who are the rest of us to judge? Judge this beautiful film for yourself. Not to be missed.