Kapil Emerges as a Playwright of Significance at Mixed Blood 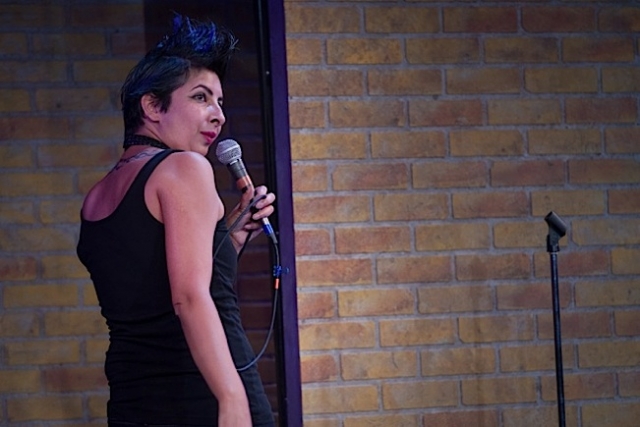 Aditi Brennan Kapil takes traditional male Hindu archetypes and feminizes them into Western situations in her remarkable new play trilogy, Displaced Hindu Gods at Mixed Blood Theatre. The three plays run 80 to 90 minutes and can be seen consecutively or individually. In the bedazzling Brahman/i: A One-Hijra Stand-Up Comedy Show I saw Kapil herself substitute for regular performer Debargo Sanyal as an intersex character whose monologue is suited for the comedy club circuit. However, it’s far more intelligent than what has overrun the general stand up scene. There’s true wit throughout as s/he: deals with an eccentric mom who has intermixed her concepts of England and India’s colonial past; as she relates the knuckleheaded reactions of boys to her/himself in adolescence; and as she reveals the groovy nature of an aunt who seems to understand identity issues. Directed with understanding by Jeremy Cohen. 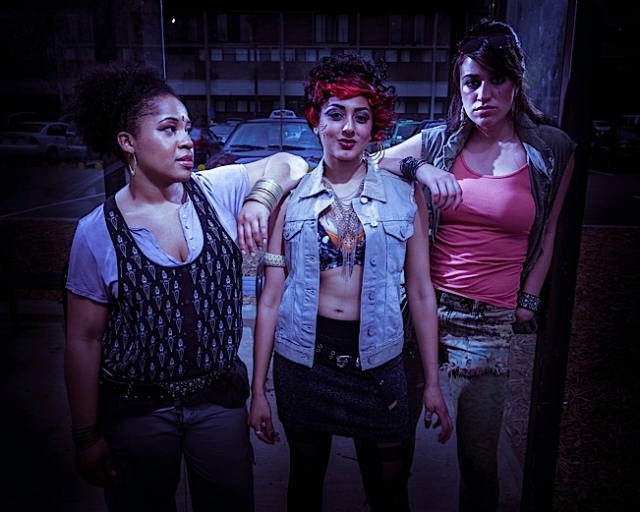 The Chronicles of Kalki is quite simply breathtaking. This sexually raw tale of three teenaged girls -one reticent, one cynical, and one astoundingly daring- plays with our sense of what is real and what is not. Can we actually imagine something or someone to the point of manifesting her into our physical plane reality? Lipica Shah’s Kalki portrayal electrifies as a figure who dares the girls to push beyond society’s accepted limits regarding sex and revenge. She’s given crackling support by Cat Brindisi and Joetta Wright who capture the moral unsteadiness of adolescent girls who lack a coherent value system. And we are tempted not to judge too harshly against their very cruel acts. Director Bruce A. Young has bravely and shrewdly guided this production so that it will strike raw nerves about just what we think is good and just what we call evil. 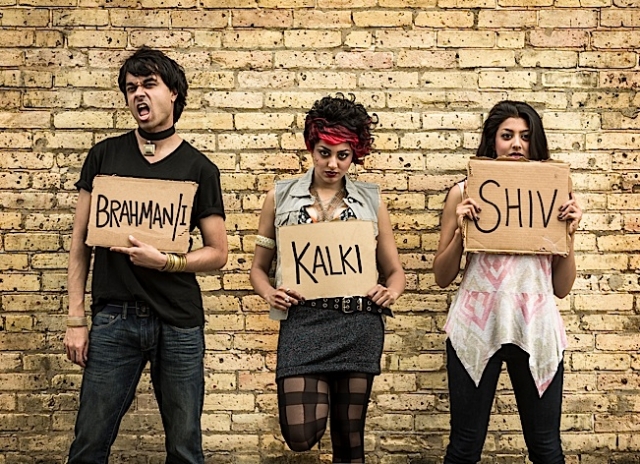 Shiv is notable piece that shows how the Western literary establishment, particularly in the US, can shut out Non-Western works out of pure ignorance. Nathaniel Fuller is callous, crusty perfection as a white patriarch of American letters oblivious to how recklesslly he has wielded his influence by unconsciously dismissing literary innovation from abroad. And from a non-white culture. The transformational Shah returns with subtlety in the title role as once again, a figure suspended between a corporeal dimension and ethereal dimension. In coming to bat for the memory of her father, however, Shiv unconsciously throws away the chance for true love. Peter Hansen adds sensitive and sensual support as a white American who Shiv sees not as he is, but only through her archetypal eyes. Risa Brainin’s assured direction benefits from moments of erotic power between these two romantically inclined characters.