Kapil and Esping Give Riveting Performances in Gidion’s Knot 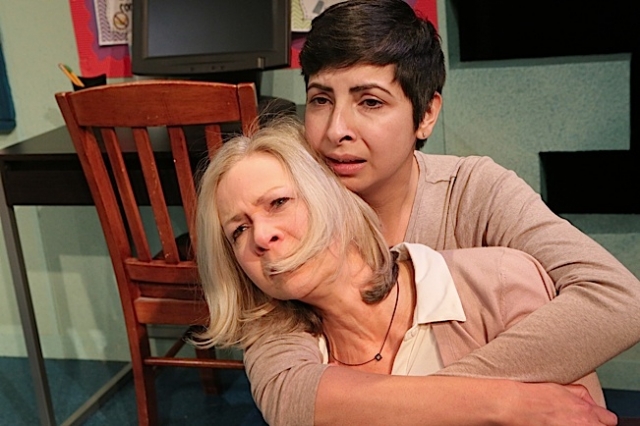 In Gidion’s Knot, playwright Johnna Adams imagines a parent-teacher conference that weighs in on the inappropriateness of violent subject matter concerning fifth-graders. One can poke various holes in Adams’s premise -it’s (too) easy enough to do- but what she does magnificently is use the medium of drama to put forth powerful ideas that really haven’t been aired in our time when both of our war and surveillance-driven political parties and the media that humors them like lap dogs, obstinantly refuse to look at the effect of violence on children.

Without giving away too much, Aditi Kapil plays Corryn Fell, a mother, who does some of the most spectacular projection of her failure to protect her son from information he was not sophisticated enough for onto another that may have ever been written in any script – ever. For this, Adams deserves a medal. The one projected on is teacher Heather Clark (Laura Esping), whose class has been rocked by Fell’s son’s suicide. Fell’s justification is literally Sadean. Though Simone de Beauvoir and Camille Paglia have given brilliant defenses of the Marquis de Sade, what Fell puts forth is not what they put forth. 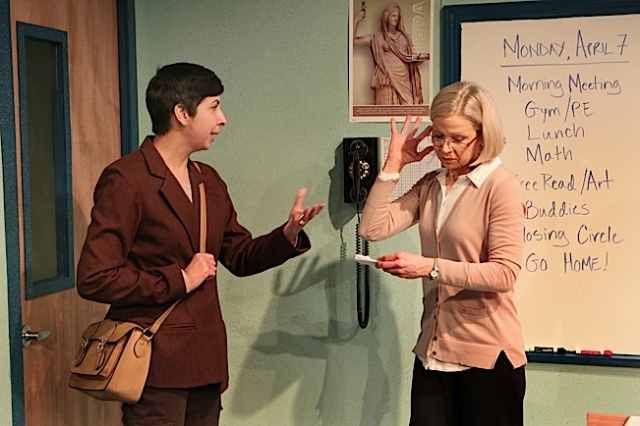 Noel Raymond has directed the piece with timing and pacing that takes beautifully erratic twists and turns. Pauses are drenched in meaning. When the actresses speak one can often not remotely predict what they may say. The emotional undercurrents beneath the words are palpable. Esping and Kapil create exquisite stage chemistry and if you go to the show with an open mind and heart, you will understand the impossibility of what each woman is up against. A masterful play masterfully executed.