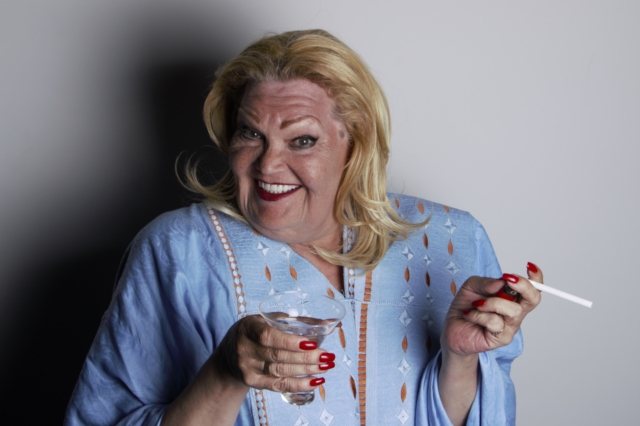 Julie Dafydd shines as she embodies the saucy spirit of legendary Hollywood super agent Sue Mengers in I’ll Eat You Last at Lush. She sits on a sofa, ruling the space around her, waiting for a phone call from a dear friend and client she is on the outs with: Barbra Streisand. John Logan’s inspired solo script does more than drop names, it gets inside the hidden world of agents, stars, and featured players that ruled and still rule what we see on screen. Delicious insights about the ill-fated marriage of Ali McGraw and Steve McQueen; how Faye Dunaway landed her career-shifting role in Chinatown rather than Jane Fonda; and a marvelously captivating backstory on how Gene Hackman gained his Oscar-winning turn in The French Connection provide far more than gossip, but real textures of how show business, art, money, hospitality, and shrewdness created some of the great American film works of the 1970s.

Dafydd is especially moving in her anguish for what befell McGraw. She also brings a unique depth of feeling in the section on Julie Harris. There is a feeling of love for these two women that seems to transcend the typical professional relationship. Charismatic Dafydd delivers this play-length monologue with natural fluidity and disarmingly brassy charm. Directed with savvy by Justin Kirkeberg. It’s a truly memorable one-person show that works nicely in the Lush space.