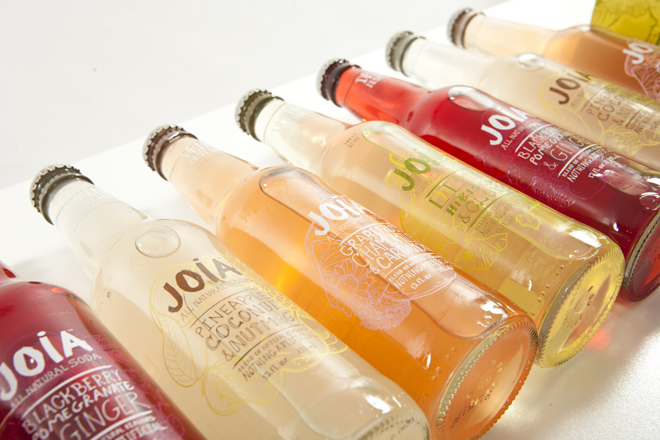 There’s a new soda sweeping the Cities’ marketplace and leaving a wafting trail of citrusy herb scents in its wake. Joia All Natural Soda has only just hit the shelves and already it’s causing a stir. From tastings around town to selling out on co-op shelves to setting up behind select bars (where the flavors play nicely with friends like gin and vodka), the Joia soda revolution has begun. The idea took shape as friends Bob Safford and Steven Walker were at Bradstreet Crafthouse with their respective partners, sampling some of the layered craft drinks that are so popular in upscale bars these days. They wondered why can’t we have a soda like this? 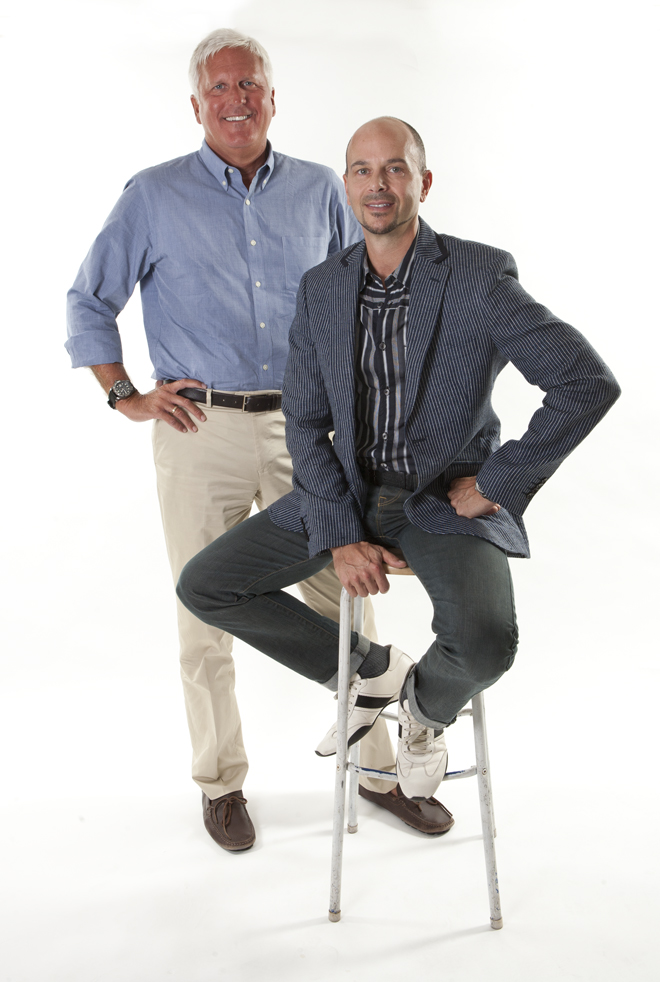 Soon the idea more fully formed and picked up steam. Along with co-founder Carleton Johnson they brought on Dan Oskey, bartender at the Strip Club and a flavor nut. He’s the sort of guy who spends his spare time formulating tonics, bitters, and ordering exotic flavored bark online.

Dan’s approach to flavors is much like a chef cooks: build flavors and throw in a bit of the unexpected, just to see what happens: “If you don’t make a drink that sucks every now and again, you aren’t trying hard enough,” he explained.

They initially came up with about 120 flavor syrups before whittling the flavors down, to eight. Next came a blind tasting with other craft sodas like Izze’s and Stewart’s. The tasters liked the Joia sodas–they liked them a lot. They looked at each other and realized, Wow, we can really do this. They launched early this summer and haven’t slowed yet. Johnson, Safford. and Walker know a thing or three about marketing and utilizing social media. “It’s been a run-away product, mostly due to the networking we’ve been able to do,” observed Walker. Word of the new venture has circulated on local blogs, in the media, and on Twitter. It’s remarkable the idea hasn’t taken off before, who hasn’t had at least one experience of going out with friends and eschewing alcohol, only to realize that your options are limited to a dignity-suffering Shirley Temple or a stuffy cup of coffee?

The flavors are refreshingly complex. The Grapefruit, Chamomile & Cardamom is pleasantly tart (without the lock-jaw effect some grapefruit-flavored beverages induce) in its honey-tinged wisp of sweetness accented by floral cardamom notes. The Pineapple, Coconut & Nutmeg variety is toes-in-tropical-sand soothing and zingy without a hint of Hawaiian Tropic. The Lime, Hibiscus & Clove is so friendly and balanced that it ought to be ubiquitous on every fridge door.

Entirely local and all natural, Joia has no added caffeine or preservatives, less sugar than most other sodas, and the flavors are an unexpected dose of sophistication to swig out of a glass bottle. If you’d rather your drinks a little boozy, these are easily doctored. The Joia Life website has an entire section devoted to drinks that you can mix up, easily searched by booze of choice. Or follow them on Facebook or Twitter to find their next sample site.

Dan Oskey mixed up a cocktail for Lavender available at the Strip Club in St. Paul–or to be made for your next soiree.

*Note from Dan Oskey: You could use Creme de Violette as a close substitute for lavender. It can be purchased at Surdyk’s or ordered online. 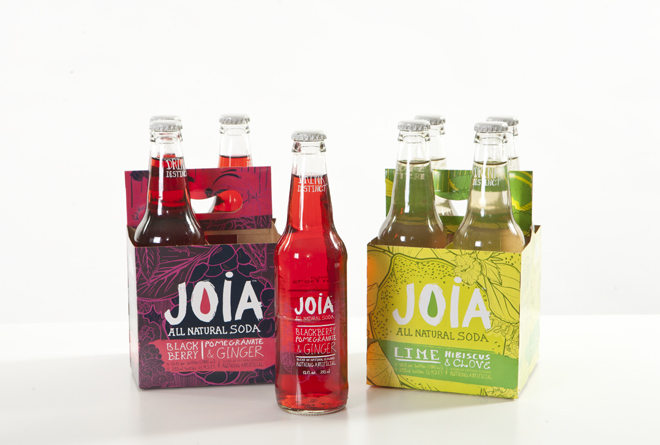 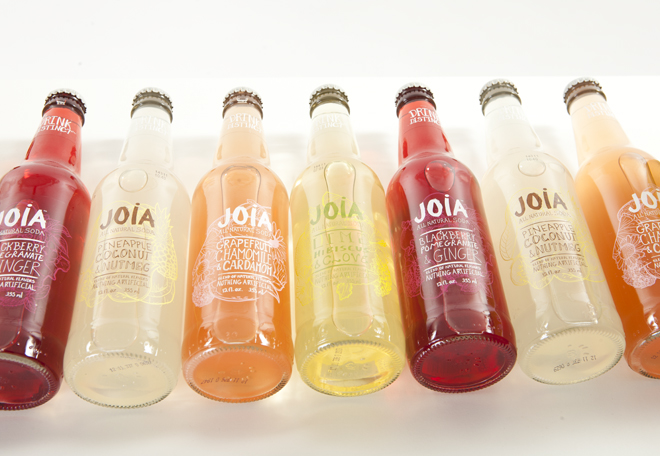