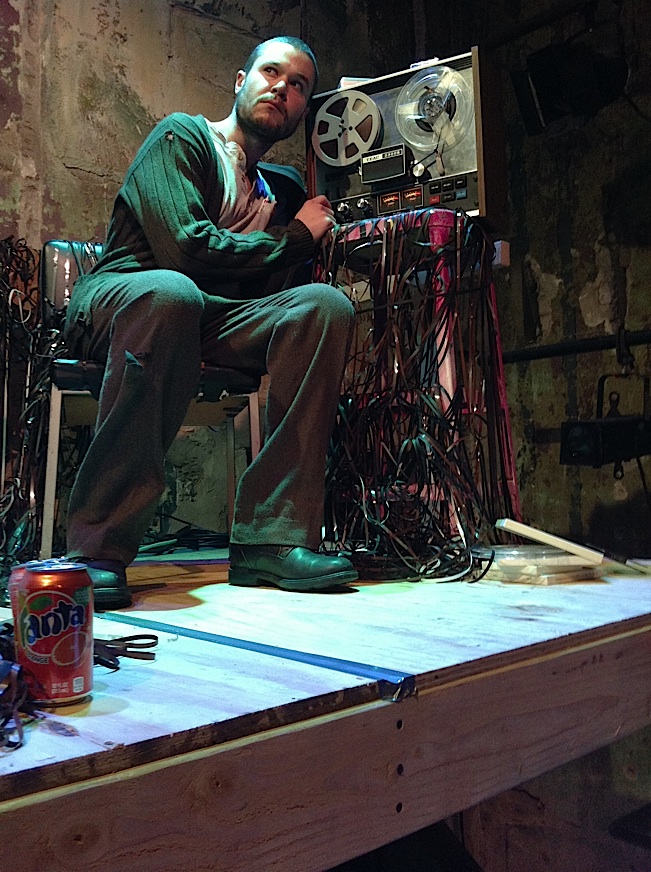 Frank Theatre closes its season with a mesmerizing solo performance by John Catron. He portrays a mentally deranged man name Thomas who plays reel-to-reel tapes of life events. It’s symbolic of each of us, perhaps, when we can’t let go of something that wounded us, or glorified us, or made some kind of an impression in our lives, but which needs to be either forgotten or integrated. But Catron’s Thomas character doesn’t have the capacity to integrate experience and feelings, either emotionally or intellectually.

Though Enda Walsh’s script teeters very close to raving incoherence at times, it can be said that the playwright firmly rejects any sappy nonsense about the innate goodness of small town people. That in itself is refreshing as we continually hear sob stories by both right wing media and folksy liberals like Ed Schulz about ‘the heartland’ and how we’ve got to just understand that their gun culture makes them entitled to not have the same rules as the city slickers. 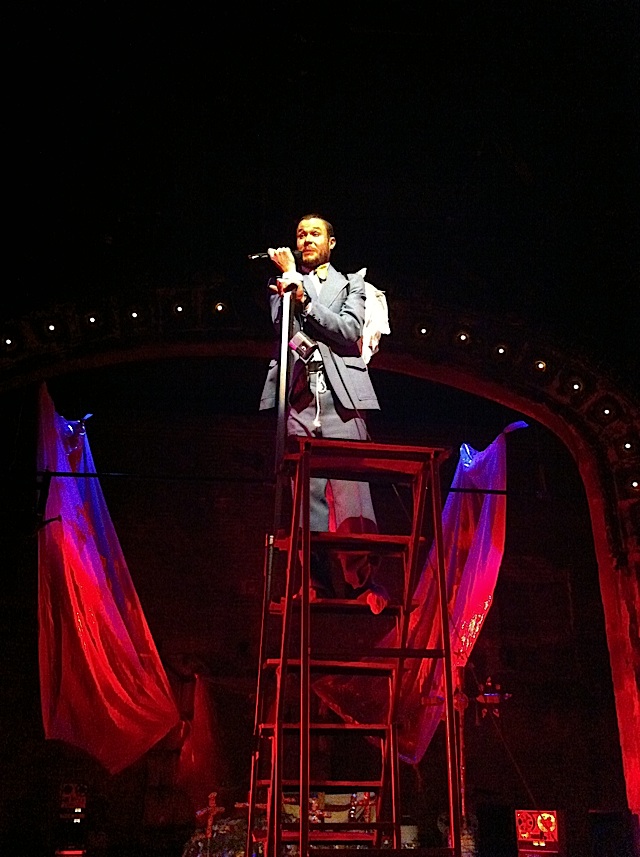 As repelling as Thomas’s Christian extremism and smugness may be, we get the impression that the Irish village he lives in is chock full of malicious people. Village life makes them small, petty, and vindictive.They do seem to be sinners indeed. But then if your primary religion is all about original sin, then maybe that’s to be expected. Wendy Knox’s direction is sure. Michael Sommers’s set design is blissfully junky. Michael Croswell’s sound design is eerily eclectic. A haunting production and a great performance.