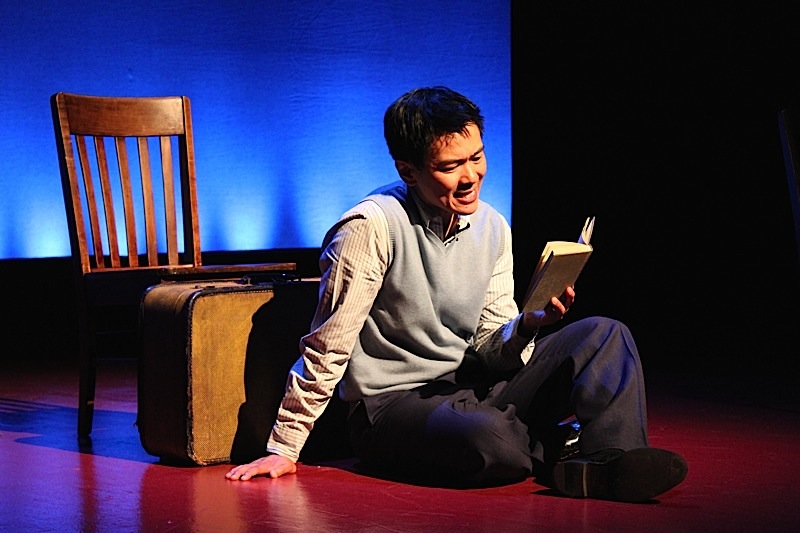 During World War II, over 100,000 Americans of Japanese ancestry adhered to President Franklin Roosevelt’s infamous Executive Order 9066 which interred them in camps away from the rest of U.S. society. It has rightfully come to be seen as a monumentally unjust act perpetrated on an American minority in the 20th century. In 1988, President Ronald Reagan, in what was perhaps his finest hour, offered a formal apology and $20,000 recompense for each surviving victim. Playwright Jeanne Sakata based her compelling solo play, Hold These Truths, on interviews and other documentation with a victim of that sad chapter, Gordon Hirabayashi (1918–2012). 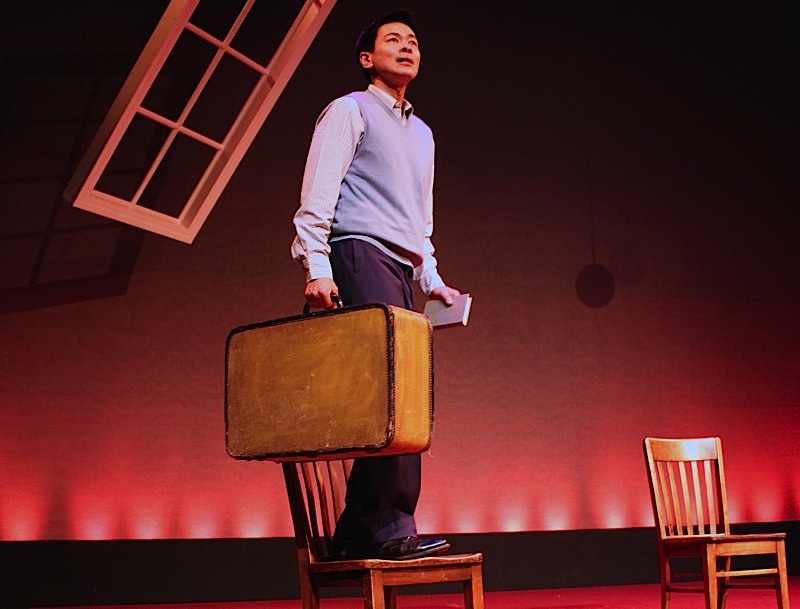 At the Guthrie’s Dowling Studio Joel de la Fuente gives a riveting performance as Hirabayashi. As grim as the story is, it is laced with humor and irony about law enforcement and bumbling bureaucracy. We also get a sense of how demeaning and frightening the experience would have been for the Japanese Americans targeted.

This actor is utterly mercurial as the character shifts from one barrier to another barrier to another. Moreover, what makes Hold These Truths unique from numerous other works about injustice is that de la Fuente’s Hirabayashi never caves in to despair and cynicism despite how the man was so very wronged. This is done without sappiness thanks to the powerful writing and acting. Sharply and precisely directed by Lisa Rothe.