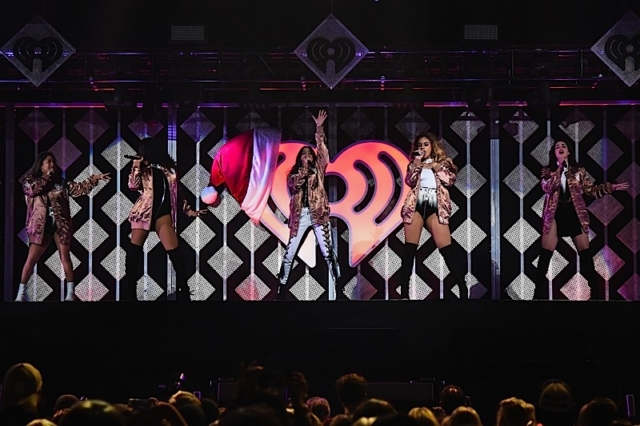 The annual KDWB Jingle Ball was held on Monday night at St. Paul’s Xcel Energy Center. About 15,000 people were there, comprising a strange mix of children and their mothers, teens at their first concert ever, and older fans of the slightly out of place Backstreet Boys.

With 11 bands on the bill, each artist had time to play only their most popular songs, which was an appropriate promise to the Top 40 pop lovers that made up most of the audience.

After Jon Bellion and Gnash opened up the evening to a lukewarm crowd, Hailee Steinfeld performed hits like “Starving” and “Love Myself” with confidence and sincerity, although she lacked originality in her stage presence. Tove Lo followed with an undeniably sexual performance in hot pink pants with a revolving vulva on the screen behind her, proudly belting out obscenities that iHeartRadio bleeps out. The Sweden native sang effortlessly and moved like a rave attendee, breaking away from the usual pop singer mold.

A refreshing Alessia Cara came on next, makeup-free and dripping with authenticity. After delivering a message about how we are brainwashed to not love ourselves, she performed hits like “Scars to Your Beautiful” and “Here” to lukewarm audience members that weren’t sure if they should be standing or sitting.

Lukas Graham, a band from Denmark, came on stage next to perform a rather boring medley of showy pop songs, the most painful of which was their hit “7 Years.” 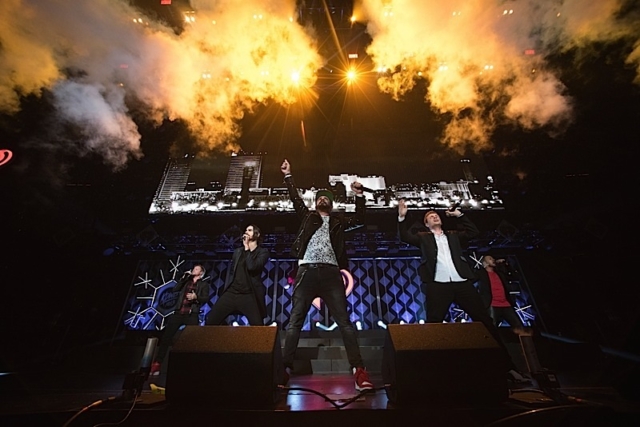 At this point in the night, the crowd was a little awkward and a tad robotic, probably due to the collective puberty that most of the attendees are currently going through. When the Backstreet Boys came on, however, the full scope of the arena came to life with its multi-colored lights blazing. The Backstreet Boys have an untouchable collection of hits that are hard not to dance to, and it shot life into the crowd. Although it was slightly strange to see the boy band (now man band) performing their old hits with the same synchronized dance moves to kids who hadn’t even been born when their last album came out, they seemed to be having a lot of fun. And that was enough to make the performance enjoyable to watch.

G-Eazy continued to produce more noise from the crowd, as the audience sang along to hits like “Me, Myself and I.” Diplo then came on stage to play a few random songs that made the event suddenly feel like a “ladies drink for free” night. Songs that he produced, like Justin Bieber’s “Where R U Now,” felt strange because the volume wasn’t loud enough to produce the dance bass that it needed. MO then came out to sing a few Major Lazer hits, which helped a bit.

The closing act, Fifth Harmony, performed songs like “Worth It” and “Work From Home” without a hitch but didn’t communicate much with the crowd. Even though people were clearly enjoying it, it was clear that they wanted more from the powerhouse women. A few words, maybe. Their dance moves were flawless and vocals sounded great, but they lacked connection with the audience and with each other.