Jin Xing: “We Share One Space, We Breathe Together” 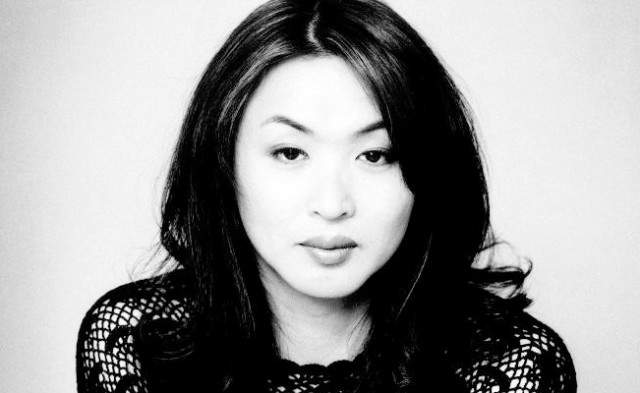 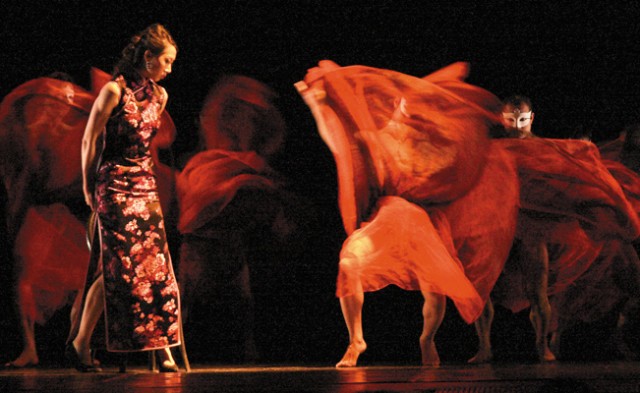 Founder and choreographer of China’s first independent modern dance company, Jin Xing, rivets audiences with her moves on stage, yet does not dance around the topic of her gender. Born in 1967 as a male, she says she knew from the age of six she was truly female. Early on, Xing says she also believed she was destined to become a performer and dreamed of being on stage. At nine, it was the Chinese military that gave her an outlet to pursue that dream. Xing says officials came to her house and told her she was selected to train as a dancer under military regime. At first, she says her grandfather and mother objected saying, “Boys don’t go dance.” But young Xing was determined, going on a hunger strike for two days until her parents finally relented. She describes the Russian ballet style she was taught first in the army as “harsh.” Instruction in the softer styles of French Ballet followed and then she trained in Classical Chinese dance which she says at the time was used mostly for political propaganda.

By the age of seventeen, Xing says she had no idea about contemporary dance. That changed when she was selected among China’s top twenty dancers to receive a scholarship sponsored by the Rockefeller Foundation to study dance in New York City. “Bingo” she says, smiling as she remembers the moment.  She reflects, “In my life I don’t belong to any one party, I respect all the religions, but I do believe in fate.” The turning point proved fateful both professionally and personally. After finally gaining approval from the military to move to New York, Xing says upon her arrival in America she thought, “Now I can finally be myself, not just as a dancer but as a person.” Still, fear lingered. During her first month in New York she woke up every night terrified that the military would come and snatch her back to China. At nineteen, as she explored new forms of dance she also explored her sexuality saying she tried gay relationships but it just “didn’t work.”

When asked how it was that she became aware of sexual reassignment surgery as an option, Xing answers in her deeply descriptive manner of speaking, saying it was through friends she learned of the possibility and thought, “maybe, just maybe there is a small island out there just for me.” Getting to that island would prove another long journey, perhaps an even more difficult trip than the one from China to New York. After one botched surgery in a series of 16, Xing was left with nerve damage along her left leg and the fear that she might never dance again. But Xing’s spirit remained strong and three months later she was up and dancing. Her positive outlook cuts through even the most difficult parts of her story. “I never hated myself,” she says. “I always loved myself.” Following her 1996 surgeries she says she dated a Chinese man for awhile, but it didn’t work out. Now married to a German man, Xing speaks of her three children–ages nine, ten and twelve–and a new passion lights her eyes.

Adoption was not a seamless endeavor. Her children, she says, were teased because of her transgender identity.  Xing says she was told she could not be a good mother because of the fact that she was once physically a man. “Only my children,” she says with conviction, “can tell me if I am a good mother.” In this role as a mother she finds the strength to continue giving of herself as an artist. “When I go home and see my three beautiful children they recharge me,” she says. 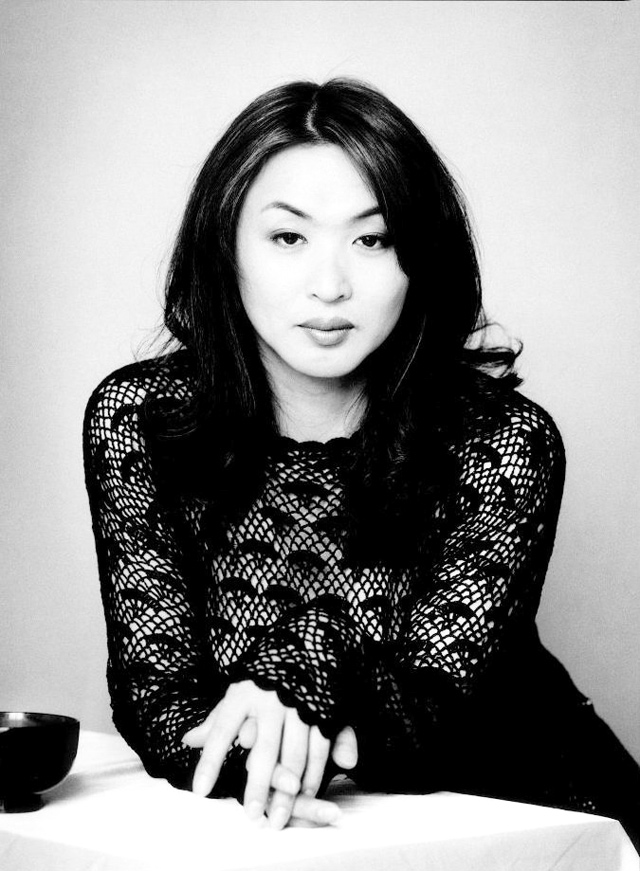 "I always loved myself." --Jin Xing. Photo by Dirk Bleicker

Jin Xing pauses in telling her personal story, admitting that for a time she questioned why there was such a fascination with her as a transgendered person, as opposed to an accomplished dancer. She answers that question saying that she realized her personal story and artistic one were intertwined and if her story “can contribute to art, then fine.”

In 1999, she created what is now the “Jin Xing Dance Theatre Shanghai.” Since then she and her troupe of 15 dancers have performed all over the globe including in London, Italy, Austria, Australia and Switzerland.  During a trip to China two years ago Ben Johnson, Director of Northrop Concerts and Lectures at the University of Minnesota, was filled with a passion of his own: to bring “Jin Xing Dance Theatre Shanghai” to Minneapolis. Says Johnson, “Blending contemporary dance theater with a strong sense of Chinese identity, Jin Xing is recognized as one of China’s most important cultural treasures. She is also internationally recognized as a major voice for freedom of expression, social justice, and human rights in China and throughout the world. Her story is extraordinary and we are incredibly pleased to debut her in Minnesota and feature her work.”

As I sit backstage watching Xing and her dancers hold hands in a circle moments before the curtain rises for a performance at the Orpheum Theater here in Minneapolis, I see Xing as the family woman that she is, with a dream not at all different than most–to share her passion with others. This passion comes across in “Shanghai Tango,” a collection of Xing’s work including “Half Dream” where male and female dancers, who at first appear conjoined then separate and Xing emerges as the feminine focal point; a piece which won Xing the best choreographer award at the American Dance Festival in 1991. In another dance entitled “Black and Red,” crimson flags and fans are props for dancers as they move to rhythmic, at times oppressive, drum beats. The dance won the 1998 China Cultural Ministry Award for Modern Dance despite attempts at censorship by the Chinese Government under assumption the piece is a commentary on communism and the Chinese revolution, a claim Xing refutes. “Island” is yet another highly provocative piece within the compilation, featuring two male dancers appearing to be nude, sensually supporting and pushing off one another in graceful motions set to the ethereal sounds of French musician René Aubry’s “Les Voyageurs.” In one unforgettable and breathtaking move one dancer propels himself in a backwards jump and lands so gracefully in his partner’s arms that it seems almost as though the two men are connected through magic wires invisible to the audience’s eyes.

Invisible is quite the opposite of what Jin Xing is in China’s pop culture scene. She is a frequent guest star on the Chinese versions of “American Idol” and “So You Think You Can Dance” Says Xing with a laugh, “I’m the jewelry for those shows. I’m the bitchy one. But people love me. I’m bitchy but I tell the truth.” Her talents have also extended to various roles in other TV shows, film work, and theatre. The scope and reach of her visions as a performer seem to stretch endlessly, yet it is clear her fantasies are strongly rooted in reality, as she says, “I have many dreams, but I’m not a dreamer. I make dreams come true.”

An understanding of both sexes she says has only helped her in creating dance. Seemingly unburdened by her personal challenges she in fact views her past as an asset. Having lived as both a man and a woman she says she can now understand both male and female mentalities. “I see two worlds” she says, calling it a gift as a choreographer to have perspective not as a man or woman but as a human being.

I ask Jin Xing about how transgender individuals are viewed in China as opposed to the United States. She tells me in China the transgender population is seen as separate from the gay population. Here in America the two tend to be grouped together more often, she explains. This clustering of distinct identities is not always accurate according to the artist. Often, too, transgender individuals are confused with transvestites, another mistake she notes. She is a straight female born in a male body. Now, due to medical procedures, her outer appearance aligns with her inner identity. Those living gay and transgender lifestyles are just asking for freedom she tells me, a freedom she hopes to give back to others by helping to foster their understanding of these issues.

Says the dynamic woman simply, “We share one space, we breathe together.”