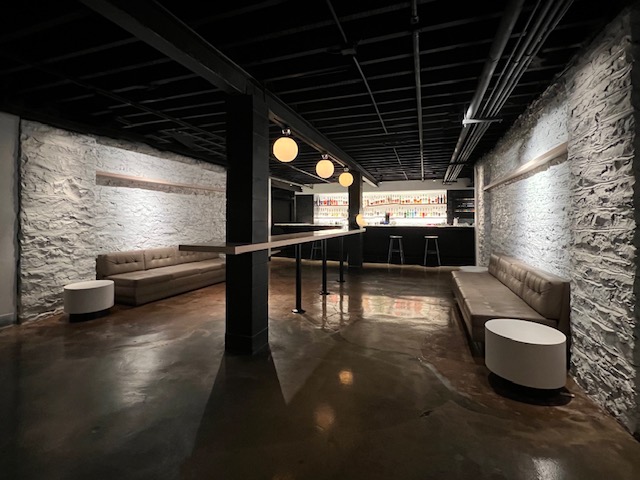 It took a pandemic to re-introduce us to one of the most unique and stylish venues for LGBTQ nightlife. You won’t find them at their longtime Minneapolis’ North Loop location, a location that had been their home for 17 years.

Susan Liesch and Peter Kirihara, the partners, owners and operators of Jetset Underground, reintroduced us to their famed venue in a new space not far from their old one. They opened the new space inside the Garland Building on East Hennepin Avenue on June 8, taking over the space once occupied by Honey.

In light of the establishment’s reboot, Liesch and Kirihara took us through the timeline of Jetset’s past. “Originally,” said Liesch and Kirihara, “Jetset was more of a lounge environment to fill a niche bridging the neighborhood bar and gay club. Overtime we introduced DJs when bar time changed to 2 am, becoming more of a party setting on weekends with fun music and dancing.”

Liesch and Kirihara further explained that in time “as the North Loop neighborhood literally became one of the hottest districts in the nation, the owners of our building, as well as many others, felt it was a good time to sell! The new owner, a developer, of course, made promises not kept along with risings rents, therefore deciding it was in our best interest to look elsewhere and vacate Jetset’s original home after 17 years.”

“We persevered and looked at every possible venue in every possible area within Minneapolis from upcoming fringe areas,” continued Liesch and Kirihara, “South and a little North, NE neighborhoods meeting with not so-happy-neighbors, back to expensive North Loop and the heart of Downtown.”

Just like everything else in the hospitality and nightlife world, the COVID-19 Pandemic paused Liesch’s and Kirihara’s plans. A year-and-a-half later, they found their new home for Jetset on East Hennepin.

So far, according to Liesch and Kirihara, Jetset Underground “has been enthusiastically received by both longtime Jetsetters and a whole new and diverse generation of the [LGBTQ] community, and we are grateful for the warm welcome back!”

“With that said,” Liesch and Kirihara further explained, “#JSU (Jetset Underground’s hashtag) offers familiarity that patrons have already observed and appreciate. We feel we have successfully integrated signature fixtures into the new space like lighting and furnishings, recreating our back-lit liquor shelves behind the bar. Our new bar top is a beautiful natural stone, quartzite, which screams old world, and of course, white stone walls!”

With memories of Jetset in the back of our community’s minds, what should we expect from the new Jetset Underground? “We think what sets #JSU apart from other venues is our size,” explained Liesch and Kirihara. “We are not a huge club. We are like hosts hosting a party where you come for a drink or two in a unique and safe environment with fun music. Maybe you’ll meet up, maybe not, it’s not the focus. We are also proud to offer our Happy Hour food menu from Chef Andrew Schiff of Oak&Fig! Delicious, fresh and simple options to nosh on with a cocktail at the bar.”

The reboot of Jetset Underground is not just the act of opening of a new space for LGBTQ patrons. There is a lot more at stake. As Liesch and Kirihara explained: “Especially in these times, small business owners are imperative not just for the [LGBTQ] community but for the vitality and creativity of cities. We brought our vision to life and are excited to be a part of the Minneapolis scene once again.”

With recent movement on the fate of LGBTQ bars and clubs – namely the recent announcement of the sale of the eagleBOLTbar, it is a welcomed change to see a new place for us to go to – even if it’s a reboot of a favorite establishment of ours.