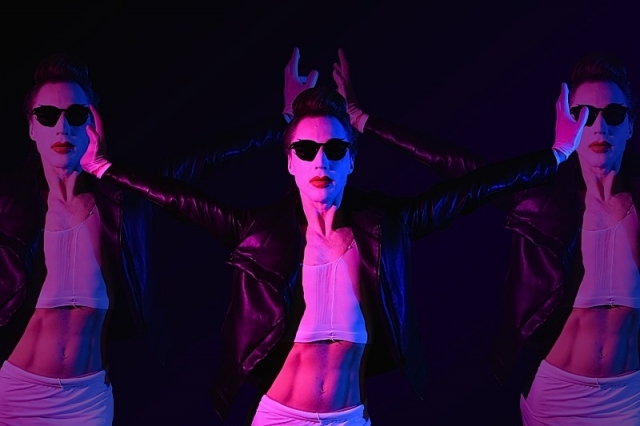 One of the Minnesota’s Fringe Festival’s surest bets is dance artist Jesse Factor’s re-imagining of gaydom’s most darkly luminescent icons, Joan Crawford. RELIC performs at the Crane Theater. It has received raves from critics from Chicago and RADFest, Michigan’s noted region’s alternative dance festival. Crawford won the Oscar for Mildred Pierce and also gave remarkable performances in films such as Dancing Lady, Grand Hotel, Johnny Guitar, and Whatever Happened to Baby Jane? She rates alongside Judy Garland as the most glorified movie siren of Old Hollywood. Faye Dunaway’s biopic, Mommie Dearest, remains controversial, though a critical mass of gay men continue to embrace it. Who can ever get those wire coat hangers out of their mind! 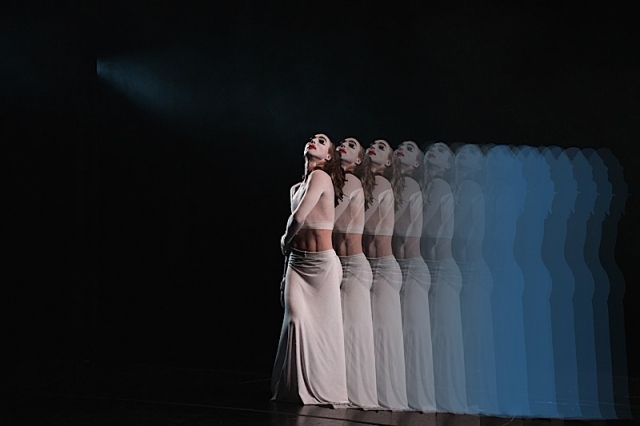 Jesse Factor describes that “channeling Crawford’s energy emerged from my fascination with an interview she gave in at the end of her career in 1973. Haunted by the grand proclamations she made, and a heartbreaking sadness I encountered in the grain of her voice, I began to imagine a version of Crawford caught in an analogue loop of remembering and re-living her own legendary career. There is a bound and tense quality about Crawford, which I seek to exaggerate through my training in the Martha Graham technique. RELIC uses the stark signifiers of the Crawford celebrity image—lashes, lips, and gloves, to produce a sense of hyper-artifice that I find very fun to work with. I enjoy how artifice reveals the truth in ways that I think realism and other mainstream forms often fail to do. One could say I’m queering drag a little by leaning into a strange gender confusion rather than producing a straightforward gender illusion. Legends never die—they are perpetually remembered, remixed, and recuperated.”