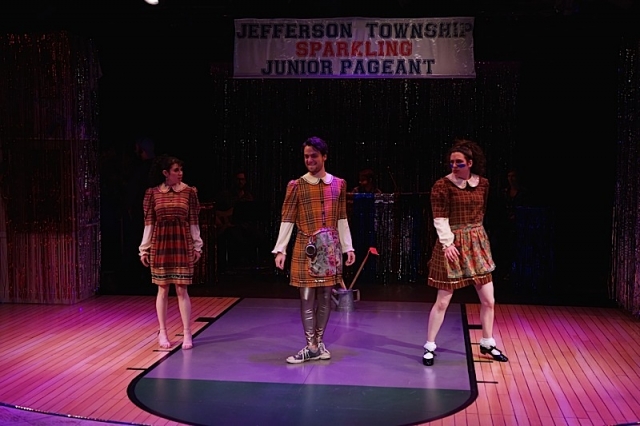 If you’re looking for a pop musical that reels in the laughs with lots of snappy tunes, then catch Jefferson Township Sparkling Junior Talent Pageant on Park Square’s Andy Boss stage. When Frannie Foster Wallace returns to her greater Minnesota township after several disappointing years as a city-dweller, she remains disappointed that those who stayed in Jefferson have not advanced toward self-actualization. In fact, a few of them seem to have gone backwards. To make matters worse, her peer group is caught in a kind of time warp dating back to when a talent pageant ended in tragic absurdity decades before. 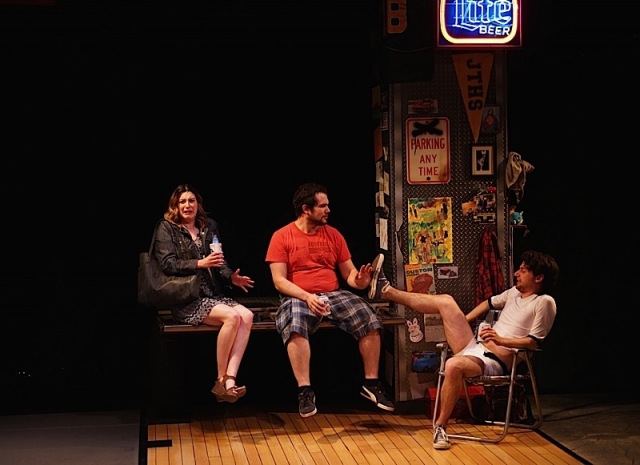 Choreographer Antonia Perez, music director Brian Pekol and fellow musicians Kyle Baker and Elise Santa have paced Keith Hovis’s charming musical with zestfully energetic power. A dynamic Kelly Houlehan as Frannie and a warm-hearted Zach Garcia as the honorable Travis, the boy her heart throbbed for in high school, are touching as they feel out just how to relate to one another so many years later. Ryan London Levin and Leslie Vincent are absolutely uproarious as the slacker and the narcissist who have each turned self-centeredness into a lifestyle. Laura Leffler, known for her striking directorial work in heavy ancient tragedy, reveals she also has a wonderful flair for the madcap!