A young boy sits on a giant rock. With the wilderness on his grandfather’s property as his audience, that rock serves as the stage from which the boy hosts a Johnny Carson-like talk show.

To go from that to actually having a talk show is pretty extraordinary and it “feels pretty surreal,” says Jason Matheson. “I’m one of the lucky few. When people in my life vacillated on what they wanted to do, I’ve always, always known.”

While other kids were watching cartoons, the future host of The Jason Show was in the house watching (and studying) Johnny Carson, Letterman, and Oprah. “It’s always been a source of fascination,” Matheson shares. “It’s a format that has always appealed to me because of the ability to be yourself.” 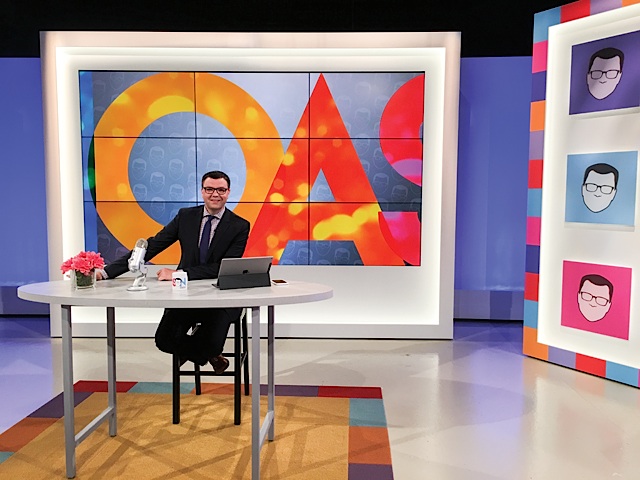 Minnesota’s own Jason Matheson prepares for a national test-run of his daytime talk show, The Jason Show. Photo by Anthony Ongaro

Matheson began his TV career as a WCCO-TV dispatcher in 1997. In 2000 he left WCCO to go to Fox 9 and produce entertainment segments. That expanded into on-camera spots and eventually a 30-minute show. He also was allowed to do a radio show that helped catapult his TV career. Now, after a brief stint back at WCCO, Matheson has returned to Fox 9 for that dream job: hosting a talk show.

The Jason Show debuted August 17, 2015 and is already slated for a national test-run. If you ask Matheson, the greatest gift he could have received came from his boss, who discovered Oprah in Chicago. “He gave her the same advice that he gave me which is, go on the air and be yourself,” he says. “When a boss tells you that, especially in this business, it’s pretty extraordinary. Not just for a talk show, but I think that really is the key to being successful in TV. I think people can spot when you’re being phony or you’re just kind of faking or phoning it in. So it sounds like a really simple piece of advice, but it’s important and it’s sometimes hard to do.”

With Matheson behind the desk, and everyone involved with the show a lover of daytime TV, he says they were able to create a formula that works. “We took the heart of Oprah, the snarkiness of Letterman, the games of Fallon, and we just took pieces of all of our favorite shows and melded them together and did it in our own way. In a very Minnesota, Midwest way,” he shares. “I think that’s one of the great things about the national version of the show is the fact that we’re not L.A.-ing it up. It’s very purposeful that the show was here. They could have moved it if they wanted to, even for this test, but it’s very deliberate that the show’s here. Because there are so many shows in New York and L.A., that they wanted that Midwest point of view that comes from this area.”

The Midwest has certainly been lacking representation in the talk show arena since Oprah left the air, and The Jason Show is ready to step into the ring. With tests confirmed through June and into early July in the Dallas, L.A., and Phoenix markets, Matheson confirms that not a whole lot is going to change. Format wise, the pace of the show will quicken, but the content will remain the same. 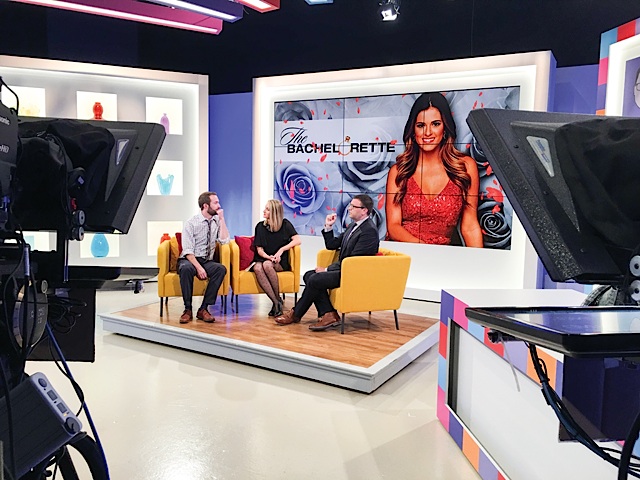 “You’re going to notice that we’re really going to spotlight Minnesota and what makes us great and why people are so fascinated by Minnesota,” Matheson laughs. “I mean, if you look at BuzzFeed, every other day there is a Minnesota-themed list. So we’re going to explore that. It’s very funny, but it’s true. As far as physical changes or visual changes, they’re enlarging the set. They’re adding elements to make it a little grander, a little bigger, but still keeping that intimate feel. Visually, that’s what you’ll notice, basically just sprucing it up a little bit.”

According to Matheson, the Minnesota roots of the show are exactly what drew attention to his show in the first place, and he can’t wait to showcase what The North Star State has to offer. Saying just how proud he is of the Twin Cities, he adds, “It would mean the world to everyone on the show if the show was kind of a vehicle to shine a spotlight on the area so that we can show them we’re more than just a chilly tundra. It would mean a lot.”

“We’re really going to try to dispel the perception that it’s just winter 12 months out of the year,” he continues. “We know it, but I think we want to surprise people with the amount of culture here. I mean, I don’t think a lot of people know that we’re second to New York in theater seats per capita. And we’re in the top cities as far as biking and hiking trails. So all of that, our light-hearted goal is to break down all of those myths and all of those goofy stereotypes that exist about Minnesota. If we can do that, if we can chip away at maybe one or two of them, that would be great.”

It’s a great goal, but surely getting a national test less than a year after debuting in the local market is unusual. As Matheson confirms, normally the timeline for a national expansion happens very differently. Fox tests shows almost every year, usually in the summer, but what makes The Jason Show different from other short-lived programs like Bethanny (hosted by Real Housewife Bethanny Frankel) or Kris (hosted by Kris Jenner), is that Matheson hosts an already-established show. If the national run of the show doesn’t work out, for whatever reason, Matheson will still have a show here in Minnesota.

The rare opportunity for a national show isn’t lost on Matheson. “I’m not trying to be sappy here, but when I was that little kid on the rock, my only dream was to do television in whatever capacity,” he says. “So I always say all of this is gravy. This is all like extra blessings. And it just means that sometimes, you dream a certain size, but the world has different plans sometimes and you just have to go with it. It means a lot to me, the fact that the show has done well here and the fact that the company wants to take a chance to see if it would work nationally — are you kidding me? That’s a small pool of people that has had this opportunity. So, to have it? I don’t take it lightly. It’s the definition of a dream come true.”

Yes, getting a chance to test a national talk show program is astounding, but especially so for Matheson. “As an out gay man, to have this opportunity, as the younger version of myself growing up in small-town Indiana, I would never have imagined that I would be given this platform.”

The Jason Show airs in Minneapolis (KMSP) at 10 a.m. Confirmed locations for the national test beginning June 6 include Los Angeles (KTTV at 1 p.m.), Dallas (KDFW at 2 p.m.), and Phoenix (KSAZ at 2 p.m.).