KiKi Layne as Tish and Stephan James as Fonny star in Barry Jenkins' IF BEALE STREET COULD TALK, an Annapurna Pictures release. 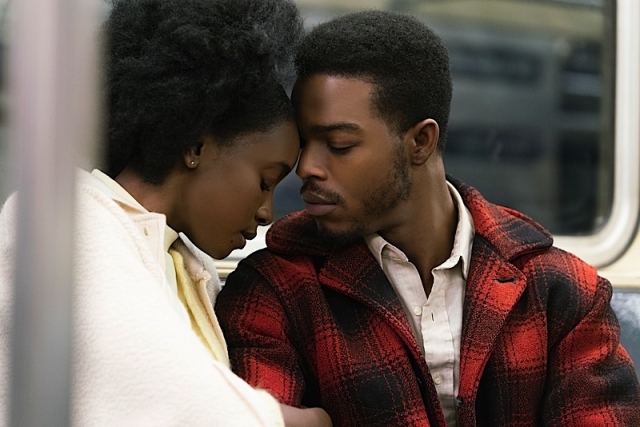 Barry Jenkins’ film version of If Beale Street Could Talk, a heteronormative work, based on gay writer James Baldwin’s 1974 novel, is a masterwork that surpasses his earlier film, the gay-themed Moonlight. The storyline champions Tish, a young African-American woman who is impregnated and wants to keep her baby. Unfortunately, the man she loves, Alonzo a.k.a. “Fonny”, the father of her child, has been incarcerated based on a false accusation of rape. Jenkins takes us on a journey to the truth behind the false accusation. 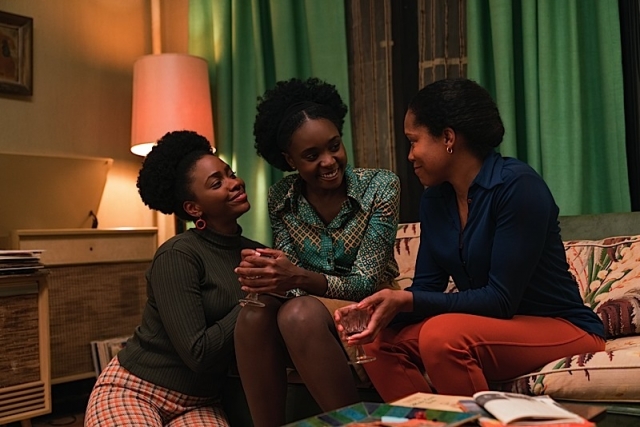 As related in his classic 1954 play, The Amen Corner, African-American Baldwin is simply infuriated over how puritanically conservative black Christians can be ferociously intolerant of sexual sin. He compels us to ask, when does overreaction cross over into cruelty? In The Amen Corner, Baldwin repudiates religious intolerance within his own race when a congregation discovers their female minister left her husband for good reason, something unthinkable and unforgivable in the ’50s. In If Beale Street Could Talk, premarital sex and a baby conceived out of wedlock are fuel for judgmental fire.

A gripping scene early in the Beale Street film sets up how blacks who fail to measure up to the purity ideal are shamed. We see the families of both Tish and Fonny react in radically different ways to the reality of the unborn child. It’s not a matter of Christian vs. nonbeliever. It’s a matter of what happens when believers have failed to integrate enough of Christ’s call for charity and love into their family relationships, and by extension, all relationships. 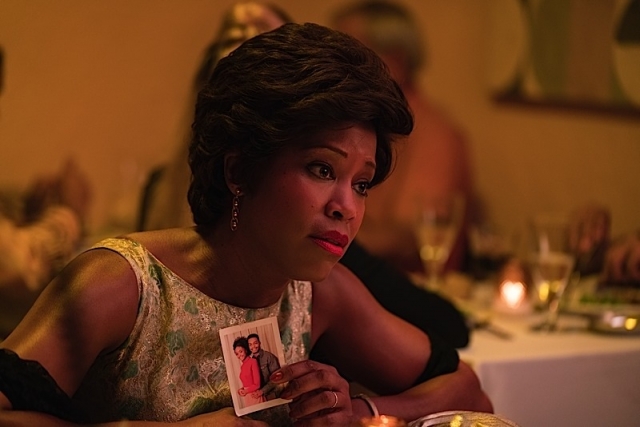 Of course, the problems of racism and poverty run throughout. Chronic white police corruption and the unconscionable manipulation of a Latina woman are the root of the family’s disruption. Despicably abusive police power pits the minority folks against each other. Further up the pecking order, white men in law offices will only rectify the systemic injustice perpetrated if struggling working blacks pay expensive legal fees. It buttresses a modern form of serfdom. 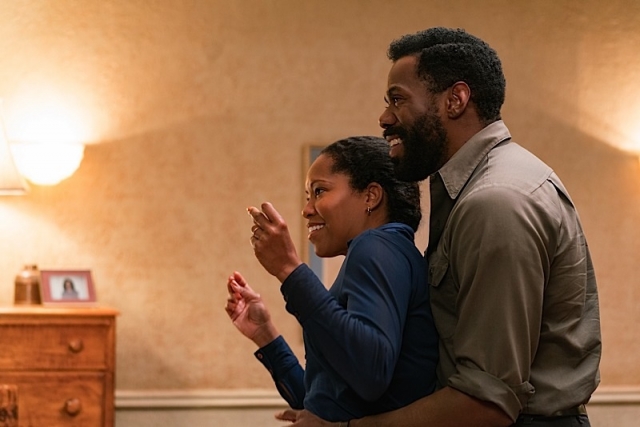 Note: Baldwin’s 1956 novel, Giovanni’s Room, set in Paris, considered by many to be his best work, was stunningly bold for its time, the decade of the Lavender Scare. He wrestles with issues of homosexuality, happiness, machismo, and was typically called “being effeminate”. A decade later, however, Baldwin, though known for being gay in a time of nonacceptance, was admired by many in the civil rights movement, a movement which had a strong base in black community churches.