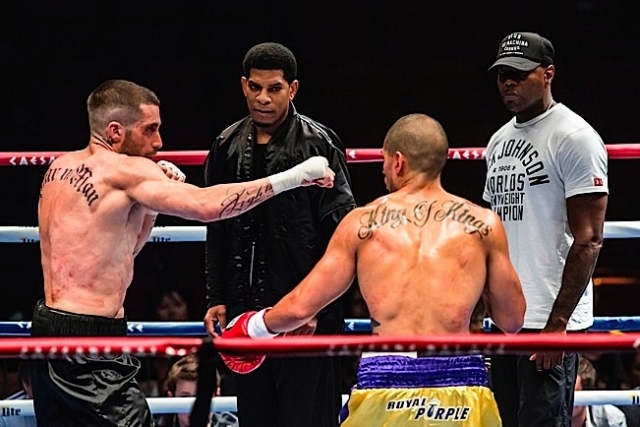 Boxing films are almost always formulaic but audiences get something from them. Will the struggling champ defeat the odds? Will he or she implode, explode, or triumph? What kind of manager and trainer do they rely? How much or how little will he or she be exploited? Will the fans turn on him/her? Formulaic, yes. But these questions tap into the psyches of many, if not most of us. Even those of us who aren’t sports fans.

What makes Southpaw significant is director Antoine Fuqua and writer Kurt Sutter’s gritty and graphic multiracial reflection of the boxing world during the current era of manic economic uncertainty and diminishing literacy. Nowadays, a corporate model for the business/betting side of the sport has a radically different flavor than that of boxing classics of over half a century ago, like Champion, The Set-Up, and Somebody Up There Likes Me. 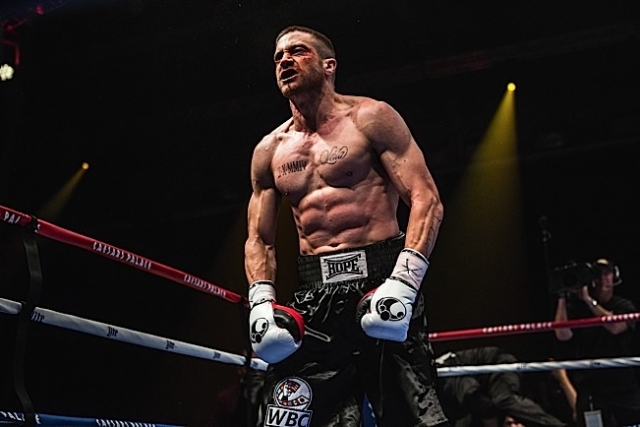 Southpaw, as well as being a brutally, but legitimately violent film, seems to weigh in on the serious problem that so many prize athletes of various sports: a serious lack of verbal communication and financial literacy. For some, they seem to be set up for being used, abused, misinterpreted, misunderstood, and fleeced. Not to mention, for many, anger management is a dire personal foible. 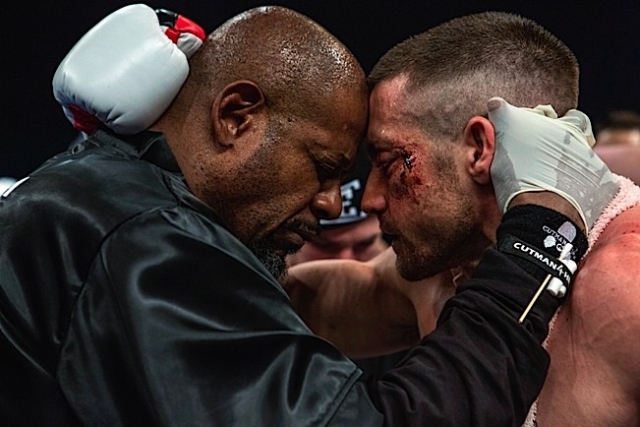 The great Jake Gyllenhaal transforms into a ravaged athletic god in what is his most primal performance yet. The fantastic Forest Whitaker embodies the predictable influence of the “tough love” coach (what else would you expect in a boxing film?). And such a coach is almost always coded as the loving father that the boxer never had, or an uncle-figure replacement. Call it corny, but it makes sense. Whitaker’s performance is utterly soulful. This is also the last film scored by the legendary film composer, James Horner (Titanic, Field of Dreams).