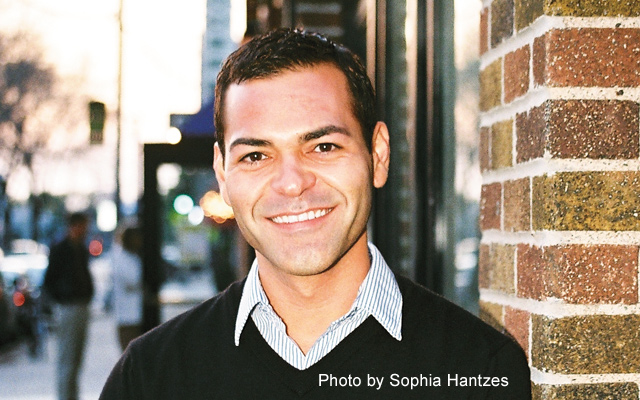 The Minnesota Philharmonic Orchestra (MPO), America’s first GLBTA orchestra, welcomes Jacob Sustaita as its new Music Director and Conductor, the first in more than a decade. Sustaita takes the podium this fall to open the MPO’s 19th concert season.

Commented Board president Rebecca Eilers, “We are so excited to have Jacob join us as the new conductor of the MPO. His enthusiasm and musical talent have already been very inspiring to our members, as it will undoubtedly be evident to our audience.”

Sustaita recently completed his Master of Arts degree in orchestral conducting at Pennsylvania State University under the tutelage of Gerardo Edelstein, and has served as Music Director at the Pennsylvania State Opera in 2010, as well as for the Southeast Texas Youth Symphony from 2006-2009. He was recently appointed Assistant Conductor at Moores Opera Center in Houston.

Native Texan Sustaita comes to the MPO as an accomplished violist, earning a aster of Arts degree in viola performances a Viola Fellow at the Shepherd School of Music at Rice University, studying with James Dunham. He has also studied with Rita Porfiris and Wayne Brooks of the Houston Symphony.

“Preparing for my first concert with the MPO has truly been one of the most rewarding and warm experiences of my musical life,” said Sustaita. “I can’t thank the members and staff of the orchestra enough for their hard work and dedication to making classical music available to our community.”

The MPO was founded in 1993 as America’s first GLBTA orchestra and remains one of only a handful of GLBTA-affiliated orchestras worldwide. The MPO’s mission is to seek to provide diverse arts entertainment of the highest quality, resulting in increased visibility for the musical talents of the GLBTA community.

Predicted Sustaita, “The future is bright for the MPO. We have amazing plans for next year’s 20th anniversary season. Our first concert will be a real turning point for the orchestra and myself. I am excited and amazed at the quality and intensity of the music making.”

“Planning has already begun for the MPO’s 20th anniversary season,” added Eilers. “We look forward to revisiting the MPO’s past and breaking new ground in the future with our new conductor Jacob.”