It’s All Queer In The Pool

Processed with VSCO with c1 preset 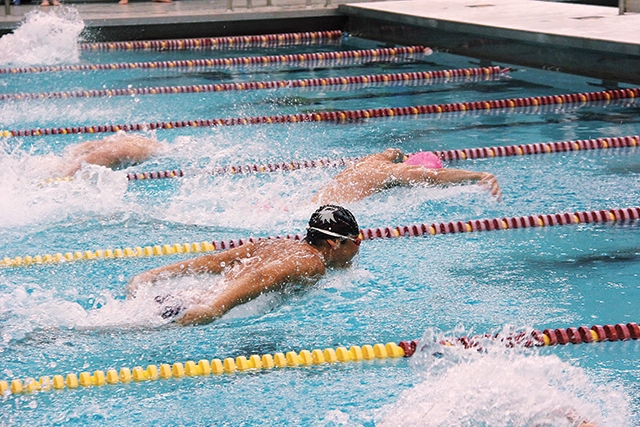 Processed with VSCO with c1 preset

Founder Luke Paquin says when he first moved to Minneapolis, he joined a masters swim team at the YWCA and would joke with friends on the team that they had enough members to make their own “gay” team. 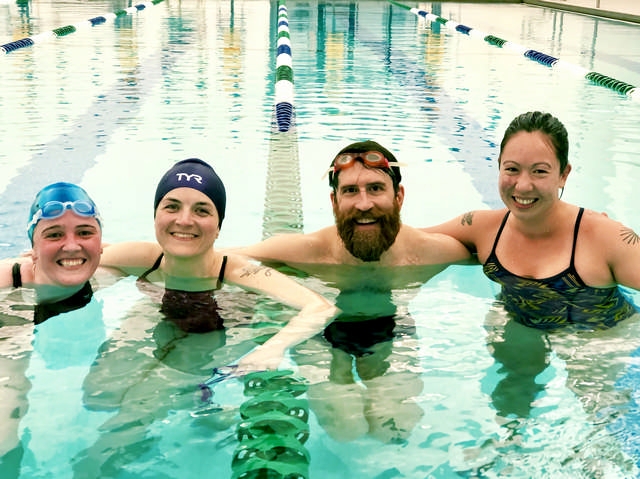 “As Minnesota’s only LGBTQ+ masters swim team, our mission is to provide a safe, affirming community for LGBTQ+ athletes, promoting health and fitness through swimming in the Twin Cities area. We envision to become one of the premier LGBTQ+ swim teams in the world, where all LGBTQ+ athletes are able to cultivate a life-long passion for the sport of swimming,” Paquin says.

Paquin says the sports community is still largely a toxic environment for GLBT folks, especially for trans individuals who are often ineligible for participation in sports due to systematic transphobia and damaging policies in place. “It isn’t just a ‘nice to have’ for Minnesota Ice to exist; it is still a necessity,” he says.

Minnesota Ice competes locally, nationally, and internationally at masters swim competitions. Paquin says they are looking forward to competing in the 2022 Gay Games in Hong Kong, as well as the annual IGLA in New York this year, which coincides with World Pride and the 50th anniversary of the Stonewall Riots—meaning Minnesota Ice will have a lot to celebrate this summer.

“As a member of United States Masters Swimming (USMS), we are eligible to compete both in the local meets hosted by other USMS clubs (and Minnesota Masters Swimming, the local governing organization of USMS), as well as the national level meets run by USMS,” Paquin says. “Most recently, swimmers competed at USMS Short Course Nationals in Mesa, Arizona. We are also a member of IGLA (International LGBTQ Aquatics), which is a part of the international LGBTQ swim community. There are meets hosted around the U.S. and abroad.”

But when they aren’t traveling the country—or the world—Minnesota Ice calls the Phillips Community Center its home. 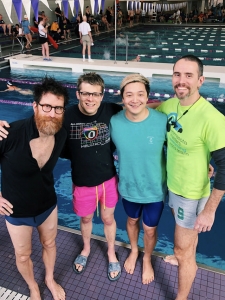 Minnesota Ice competes on both a local and national level. Photo courtesy of Luke Paquin

“It was important to me that Minnesota Ice be a part of the larger Twin Cities community, which also is accessible to people of all backgrounds, which is why we chose the pool in the Phillips neighborhood,” Paquin says. “The pool was part of a huge renovation project by the city of Minneapolis, and the pool was renovated in 2017-18. This summer, we will also be participating in Open Swim on Tuesday evenings at Lake Nokomis (for those interested in open water swimming and triathlon prep), as well as an outdoor pool practice at North Commons.”

Minnesota Ice is open to anybody who wants to join regardless of background, gender, age, or anything else that makes you 100 percent you.

“Minnesota Ice is all-inclusive; it doesn’t matter the age, sexual orientation, gender, or any other label—all are welcome,” he says. “We also welcome our friends and allies! It doesn’t hurt to know how to swim beforehand, though. We are not a ‘learn-to-swim’ program, so we strongly recommend that swimmers are able to swim at minimum 200 yards without stopping.”

If you can swim, you can join! To learn more about Minnesota Ice Swim Club, visit www.mniceswimclub.com. Phillips Community Center is located at 2323 11th Ave. S., Minneapolis, MN 55404.