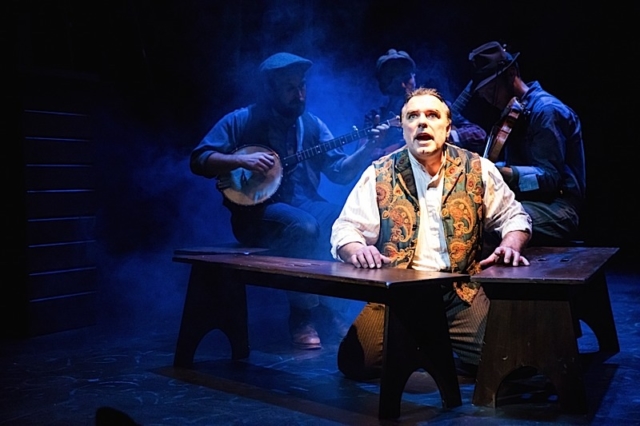 Director-playwright Leo Geter has skillfully re-framed iconic gay novelist Herman Melville’s epic Moby Dick into a solo stage play adaptation. Actor Jack Weston is as masterful as Geter is skillful as he plays multiple characters with precision and variation both in voice and intentional emotional colors. That said, the shipmate and observant protagonist, Ishmael, is at the heart of the piece. Weston’s rendition makes us soulfully aware of that.

Moreover, this adaptation succeeds as both a sea adventure and an exploration of the obsessive power of vengeance inherent to Melville’s original text. Sarah Bahr’s set and costumes are minimal, but her succinct historical eye serves the world of Melville well. It’s a 19th century world wherein ministers and priests steadily cautioned their flocks against the wages of vengeance. But in taking vengeance into his own hands, rather than letting Fate or God sort it out, Captain Ahab aims to square off with the Great White Whale that bit off one of his legs. Through the lens of Ishmael, we get a visceral sense of the Captain’s insane irrationality – to hold a sea creature to the same legal and moral standards as another human! 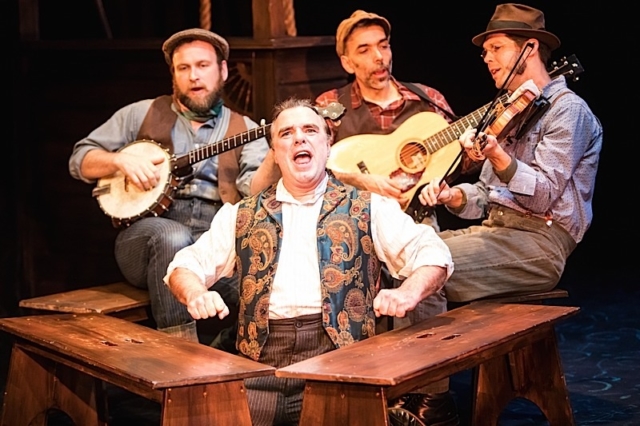