Inventively and Joyously Realized at the Ritz — “Peter and the Starcatcher” 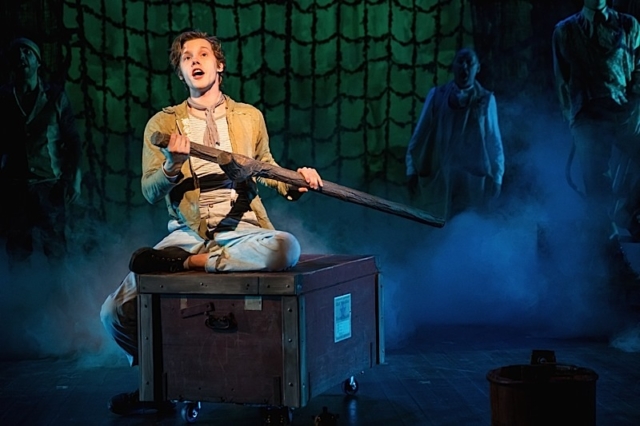 Theater Latté Da’s Peter and the Starcatcher, now on stage at the Ritz, is one of the most vibrant ensemble works to come around in recent years. Joel Sass has directed the local premiere of the 2012 Tony-winner for Best Musical and, frankly, this Theater Latté Da production is superior to the national tour of the Broadway version that came to Minneapolis in 2014. And that was quite a show, to be sure.

But what makes Sass’s version better and truer to the spirit of playwright Rick Elise, is that the smaller Ritz Theater venue suits the inherent playfulness so that the audience is in a collective psychic space to get in on the fun. In addition, the director has returned to the whimsy and wildness of his early career when his Mary Worth troupe regularly produced stylish spoofs and splendidly artsy stage work. 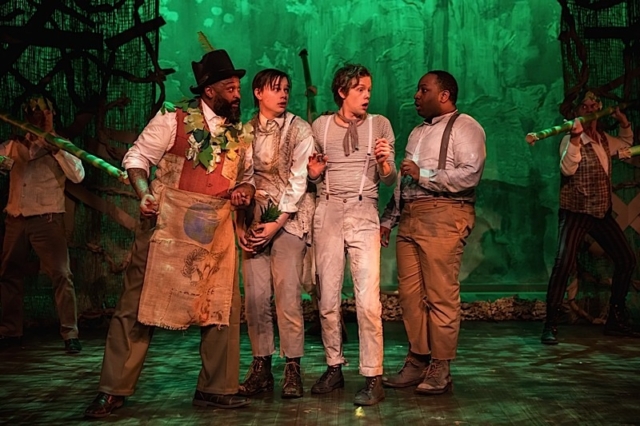 Therefore, how fitting that Sass is the one who helms the ship to a magical island where something called “starstuff” can lead to transformation! To top it all off, that most athletic of choreographers, Carl Flink, has infused the actors with a bold movement vocabulary.

Peter and the Starcatcher is the prequel to J.M. Barrie’s Peter Pan, written first in novel form by Dave Barry and Ridley Pearson in 2006. Their imagined back story of Barrie’s characters who went on to become household names, has been shaped into Elice’s extremely theatrical script. Most of the actors play multiple characters with broad vaudevillian style strokes and dazzling comic timing. They have a motley look as if they’ve lived on the streets or the wilderness for too long, yet are a seamlessly dynamic ensemble dressed with suitably ragged charm by Sonya Berlovitz. They enchant the audience from start to finish, bringing the kid out in all of us. 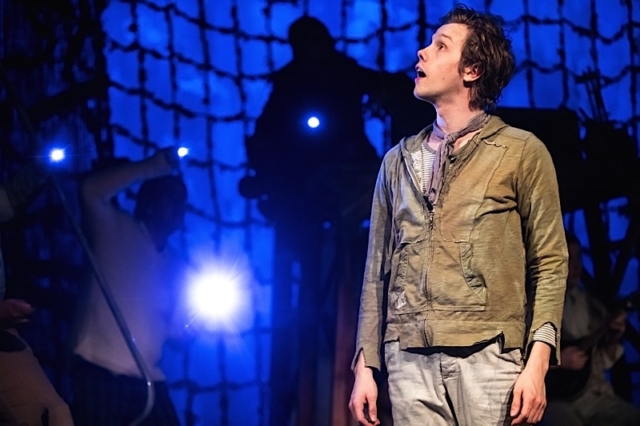 Denise Prosek’s rollicking music direction is imaginative and whimsical. Tyler Michaels is a genuinely sprite-like vision as Peter. Megan Burns delights as 13-year-old Molly. Pearce Bunting is a charismatic Black Stache, a pirate captain. This veritable star showcase of local actors is nothing less than magical: Ricardo Beaird, Silas Sellnow, Adam Qualls, Andre Shoals, James Rodriguez, and Craig Johnson, whose turn as a rather jaded mermaid is nothing short of inspired. A joyous theatrical experience.