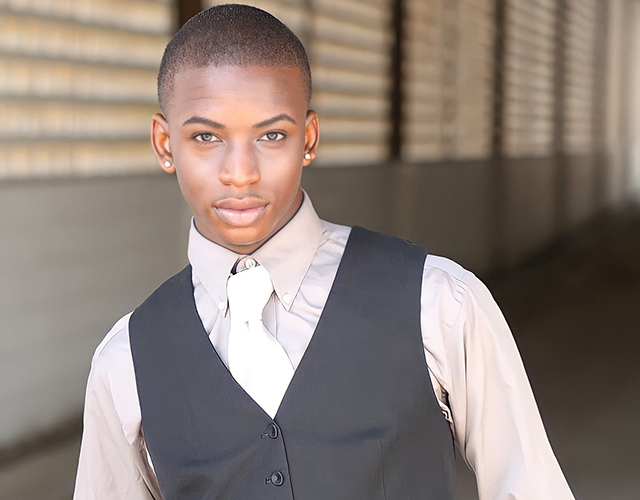 Lately, as an artist, I have been struggling a lot. In a world that feels increasingly unsafe and unstable, what role can artists play? There are days where I feel useless, like my contribution to society means nothing. It was fortunate for me then, that I got the chance to interview the multi-talented Joe Charley, a local musician and performer, whose passion and optimism were infectious even over a Zoom call.

Charley has been modeling, singing, and performing since early childhood.

“There were a lot of local plays, church shows, the kind of got me used to the audience and just being on stage in front of people.” He tells me. “The first time that I was on stage professionally- I had just started going to middle school, and so I did a lot of work with the children’s theater growing up and seeing how you were able to make it like a real possibility.”

Though he was cast as an extra in a film when he was in 8th grade, his big break came in the form of a leading role in the film “Boys Cry”, which debuted at the PollyGrind Film Festival in 2013. The plot follows Benjamin, a west African teenager, as he navigates his way through the U.S. public school system.

“It was something I manifested.” Charley said about the project. “I wanted to do something in Minnesota, wanted to something with a story that told an important story, and at the time those race relations weren’t the best. How can I do my part? And what can I do? We made a film and told a story about it. It got a lot of international love. People still talk to me, to this day, about that story and what it did for them. Those are the projects that I like to be a part of.”

Charley takes his role in activism just as seriously as he does his craft. He sees art and music as great unifiers and believes fiercely in the power of stories to bring people together.

“I think we are all born,” Charley said, “we’re all made, we’re here for a certain purpose. And the earlier we learn how to play our roles in life the quicker we can start unifying and together achieve greater things. There are many people who are, right now, filling in a gap for community justice. After George Floyd in Minneapolis, they’re organizing parades, they’re doing marches, they’re holding festivals…there’s a lot of people doing a lot of things and I celebrate them for that. How I know I can help is by using the platform I’ve been given, the platform I’ve been working with to start sending social messages, to start letting people know that we do exist. We have to open our mouths; we have to be present in the conversation. So that’s kind of my way of activism.”

As a jack-of-all-trades kind of creative, Charley had little shortage of work pre-Pandemic. However, with lockdown and isolation those gigs lessened, and his busy schedule eased up, giving him time to focus on his oldest and truest love: music.

“Whatever I did,” Charley explained, “whether it was a photo shoot now or a stage play, from musicals to theatre…you know, I love the theatre, but it was the music that always got through. In recent times, a lot of loss, a lot of injustice, a lot of internal strife…music is what’s gotten me through. Music is what I keep going back to, I keep writing it out. That’s how I keep fighting another day.”

This was heartening to hear, as the fight to protect marginalized communities is more important than ever – a fact that Charley, as an LGBTQ man of color, certainly doesn’t need reminding of. When I asked about how his sexuality influences his art, his answer wasn’t what I expected- though it made complete sense.

“It’s an evolving thing,” explained Charley. “What’s crazy is yes that is an accurate question, that is a valid question. People look at me though and that’s not the first thing that they see. And all of these layers to me I think I get a better chance to explain it through my writing. Through my music, through the stories that I tell…like with so much intersectionality there’s not really one hat I can wear. Because I’m Afro-Latino as well, but not everyone sees that. People see what they see. And I think once my music gets out there…people start understanding a little clearer… but to me I’ve always been me.”

Charley recently released his first mixtape, titled “For You”, dedicated to his brother who passed away in 2020. He describes it as a ‘collection of feelings’- reacting to the grief and loss that permeated that year. His follow up EP (which is set to be released this November) takes a more personal turn, diving deeper into who he is as an artist, and what he has learned about life so far.

Coming up, he will be performing with the Metropolitan Boys Choir at the Minnesota Festival of Champions on September 10th, as well as at the Stepping Stone Theater this winter in “The Snowy Day And Other Stories” by Ezra Jack Keats.

You can follow this rising star on social media @TheeJoeCharley.

“It’s an exciting time, it kind of feels like the Wild West,” said Charley, “so I’m excited to see what these opportunities will bring.”