The Jungle Theater’s new artistic director, Sarah Rasmussen, is launching her first season with an all-female cast version of William Shakespeare’s early romantic comedy, The Two Gentlemen of Verona. She has succeeded Jungle Founder-Artistic Director Bain Boehlke after his 25 years of luminous work. He now lives in Seattle but will likely be returning now and then to direct productions on the Jungle stage during Rasmussen’s tenure. 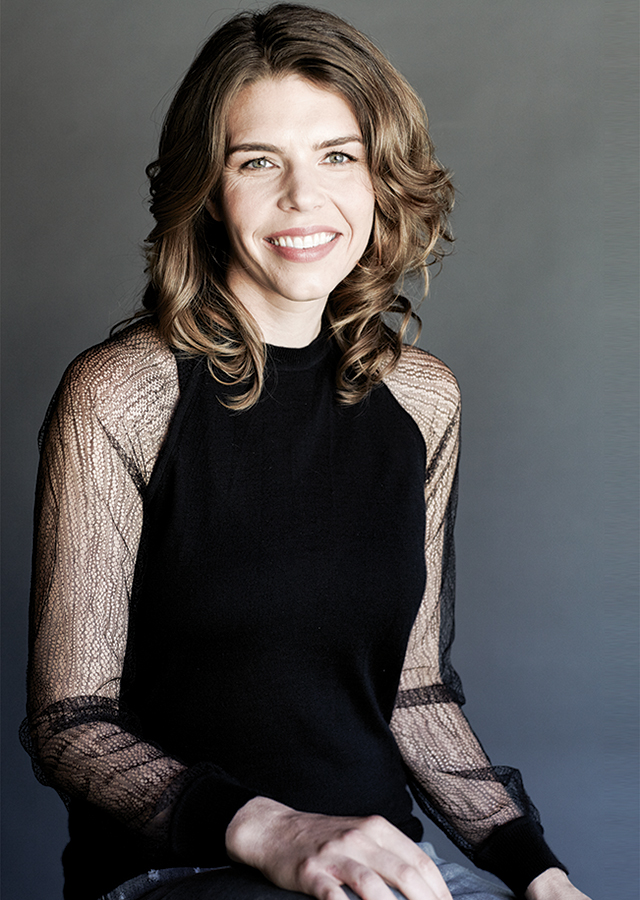 Sarah Rasmussen has actually directed several productions in the Twin Cities, including work at the Playwrights Center, 10,000 Things, and Mixed Blood, as well as the Jungle. However, she has been based primarily in other places until now. She holds a B.A. in theatre from St. Olaf College, Northfield and an MFA in directing from University of California San Diego. She was head of the MFA directing program at the University of Texas Austin before taking the Jungle post. Rasmussen also served for three seasons as the resident director of the Oregon Shakespeare Festival’s Black Swan Lab for development of new work.

Jungle Theater is often regarded as the number three theater in Minneapolis after the Guthrie Theater and the Children’s Theatre Company. Growing up in South Dakota, Rasmussen would sometimes travel to the Twin Cities where she took a shine to Guthrie productions directed by Artistic Director Garland Wright, a man who blended design and superior acting in his own signature way. One of her favorite Wright productions was his gorgeous trans-historical re-imagining of Shakespeare’s As You Like It. She noted in our chat how the Guthrie’s new artistic director, Joseph Haj, acted on the Guthrie stage during the Wright era in the 1980s and ’90s. The ascent of both Rasmussen and Haj has gained national attention.

Like Wright, Bain Boehlke also blended inspired set and costume designs with superior acting, and he still does. That quality actually became the hallmark of the Jungle Theatre. Happily, Rasmussen is clearly continuing that. Her close collaboration with Two Gents’ scenic designer, Andrew Boyce, and costume designer, Moria Clinton, is bearing that out. I know that because I got to see the set being constructed and several costume renderings the morning of our interview.

That said, Rasmussen is also very much an actor’s director as she has spent time in intense table discussions with her actors and tending to the process of getting the Shakespeare comedy on its feet.

What motivated you to direct The Two Gentlemen of Verona with an all-female cast?
SR: The idea behind this same gender cast is that I think Shakespeare is really writing a play about friendship and forgiveness. It’s opening Valentine’s weekend. It’s got a character named Valentine and it’s about love.

You can’t talk about love for very long without starting to talk about forgiveness. I think that’s really at the heart of the play. In modern times, we are fed such a cliché story of, “Well, this is how guys are. This is how girls are. Here’s the Disney story. Here’s how it ends.” That we almost project that onto it. And I found that with the same-gender cast, kind of paradoxically, by making it more about gender, it becomes less about gender. And gender kind of falls away and we say, “Oh, this is what human beings are like.”

It also disrupts people’s assumptions of “What’s a man like? What’s a woman like?” when you see people of the same gender portraying different characters. So I think it’s a way for an audience to really enter into this play in a new way. 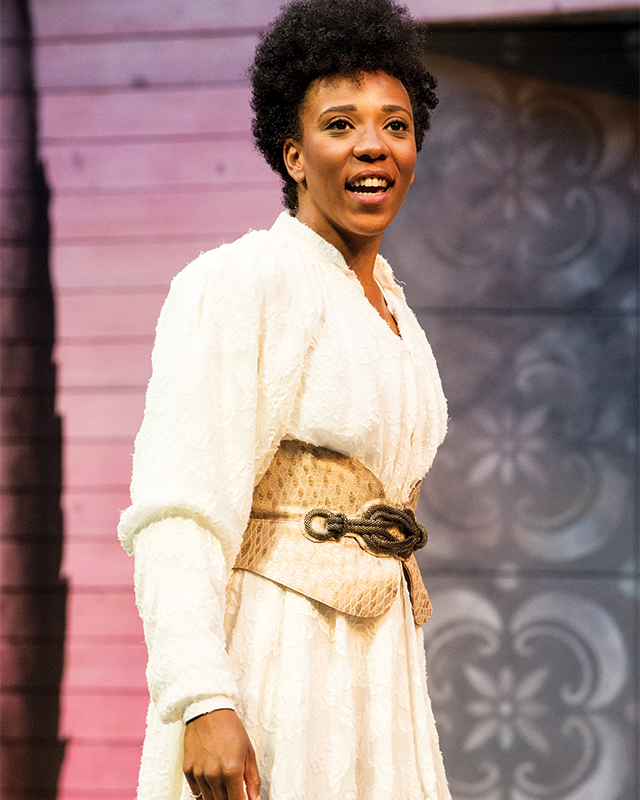 Christiana Clark in The Two Gentlemen of Verona. Photo by Jenny Graham

In Shakespeare’s time men played all the female roles.
SR: Exactly. When it was first done it was all men. So we talk about it as kind of like a photonegative of that in a way, with all women. But I think it brings out something similar about letting it be more about humanity and less about Men vs. Women.

In Shakespeare, only 16 percent of the roles are for women, in the whole canon. So it’s really amazing to see the diversity just within this group of women (at the Jungle), of the voices, of the bodies. There’s such a spectrum. And that spectrum has sort of always been available to male actors to play. But women have such a narrow, narrow realm.

One of my favorite stories is that, until this play, Christiana Clark had never played a love scene on stage. She’s in her 30s. She’s gorgeous. I said, ‘Christiana that’s a crime, that’s crazy.’ She said when you are the over six feet tall girl, you don’t get cast as the love interest. And I’ve heard that around the table: if you’re old, if you’re bigger, if you’re tall, if you’re this, if you’re that, you don’t get to play this full range of humanity. So that’s a real joy to be able to share that. (Rasmussen shows me costume renderings.) You remember Sally Potter’s Orlando?

Yes. I loved that film.
SR: Me too. Moria (costume designer) and I are just obsessed with that. Just look at what reads male, what reads female. Historically, it’s really interesting. Pink used to be a really male color. Guys used to wear those tights. Now that seems so female. But that throughout time gender is so fluid. I think it’s an interesting conversation to be having right now.

This is actually the second time I’ve done this show. We did it first at Oregon Shakespeare Festival two years ago. This is an all new (all female) cast. People really rolled with it. Some people have different experiences of seeing that kind of gender representation on stage. Some people said, “I just saw a character. I forgot (about the gender).” Other people said, “Oh, how interesting. I saw kind of both things at the same time.”

But the amazing thing was that the younger generation was like, “Cool.” I think we are living in an age where for younger people, more and more, gender fluidity is just a part of their world in a really beautiful way. And it’s kind of cool to look at. Oh, wow, this was a part of Shakespeare’s time in a way and now, over 400 years later we’re kind of revisiting it in new ways.

Are you doing anything in rehearsal to develop masculine qualities within some of the characters?
SR: We’re really looking at it within the spectrum of the actor. I’ll use Christiana Clark as an example: she’s already over six feet tall. She’s very athletic. She’s got this great kind of alto voice, so we’re kind’ve saying well what about Christiana already reads as male? How do we just kind of lean into that more? Rather than playing it as a caricature. We want to make sure it’s not about making fun of these male characters or playing at them in a campy way. What about this actor reads more male, what reads more female, from a really authentic place?