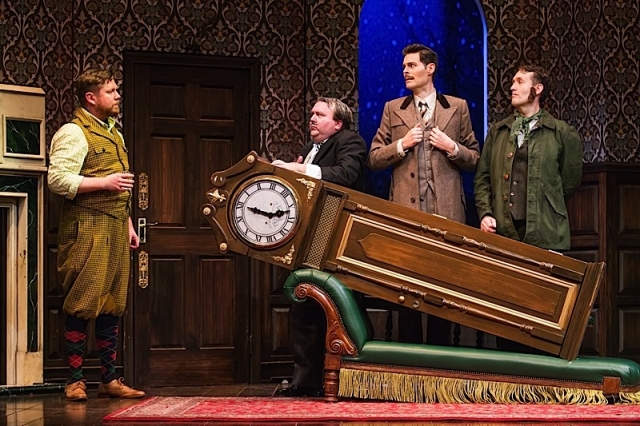 Incongruity can be a great generator of laughter when harnessed to a well-shaped comedy. The playing of opposites simultaneously can also trigger laughter. What makes The Play That Goes Wrong so uproariously successful is its wacky manifestation of both of these overarching elements.

However, the paradox as applied to this insanely brilliant work is that it’s all about being out-of-shape in the worst imaginable way. Lewis, Sayer, and Shields’s script now manifested at the Orpheum is simultaneously two-fold. 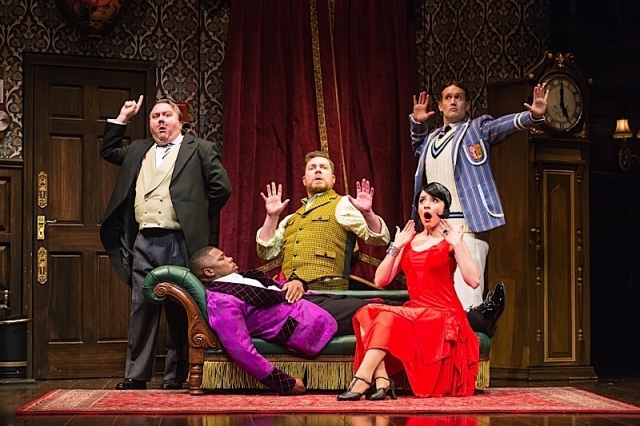 These are your typical wealthy English types, accustomed to their privilege in a beautifully stately home where characters speak and behave impeccably, with a stuffy sense of propriety. The whole class stereotype is there, acted out shamelessly and hilariously by a gloriously nimble cast that perfectly times and paces the “mistakes-on-purpose” enactment of a play presentation that is as imperfect as one could imagine. 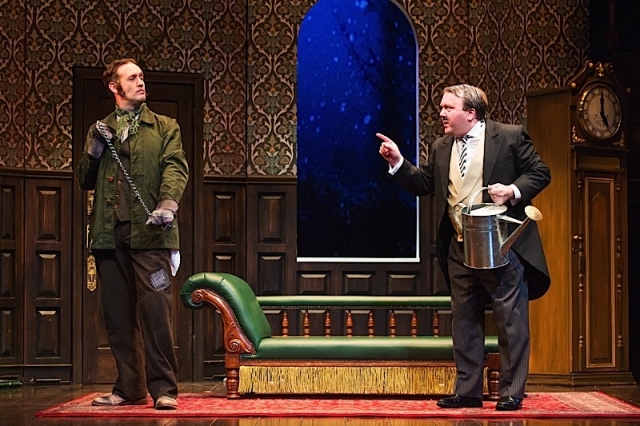 Further opposites and incongruity manifest as this play-within-a-play’s technicians are as contemporary as, well… Duran Duran. From where I stand at least, Duran Duran is contemporary.

Nitpick: they should have played the exhilarating Rio for the curtain. At any rate, do yourself a favor and see The Play That Goes Wrong.

The Play That Goes Wrong
Through May 12
Orpheum Theatre, 910 Hennepin Ave., Minneapolis
800-982-2787
www.HennepinTheatreTrust.org