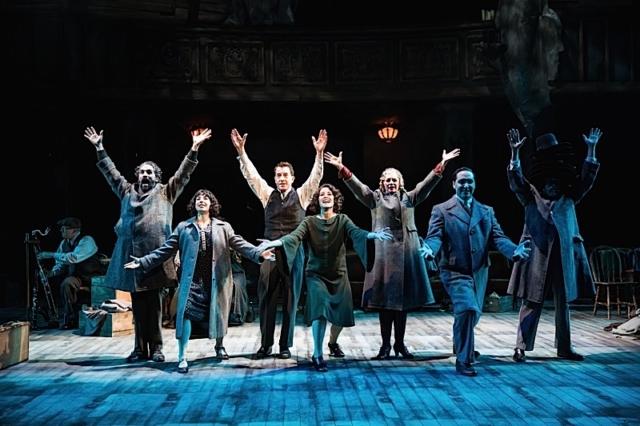 Indecent is a play about a play. Dramatist Paula Vogel researched her subject for several years, and out of that she created a play about the development and production history of one of the major dramas of Yiddish theater, The God of Vengeance by Polish playwright Sholem Asch. Vogel’s saga begins when the play is read among a group of Jewish men, which in turn creates an emotional firestorm. Asch’s play then goes on to tour Europe and then to New York, where the show is abruptly shut down after it transfers from a smaller venue to Broadway in 1923. The cast members are arrested for indecency. 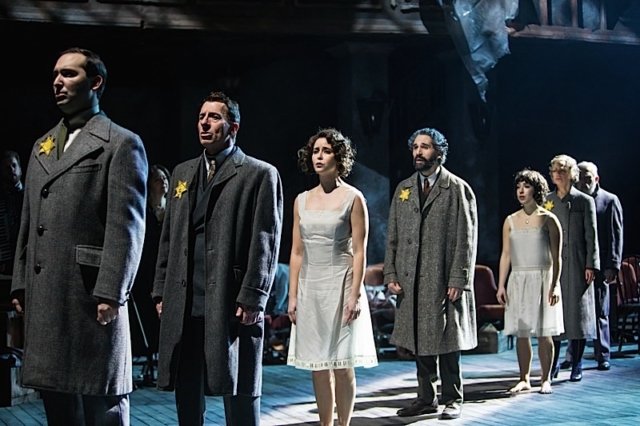 Moreover, Vogel also evokes the catastrophic specter of Nazism’s steady authoritarian rise after the Broadway breakdown. We are provided a much needed reminder of what Jews specifically endured in the early 20th century. Note that Indecent was conceived and written with considerable collaborative input from director Rebecca Taichman who won the 2017 Best Director Tony for last year’s New York production of Indecent. It was nominated for the Best Play Tony Award. The Guthrie getting the rights for such a big New York hit so soon is also notable.

The original Asch play was a lightning rod for two reasons: 1. A kiss between a virginal underage daughter of a wealthy pimp who is also an Orthodox Jew (he runs a brothel in his domicile) and 2. A denunciation of the Torah. 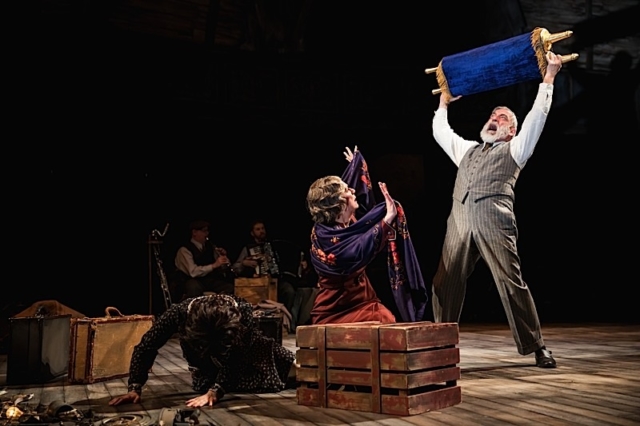 Vogel calls upon the actors in the awkwardly titled but richly textured Indecent to play multiple roles, including the troupe actors who played in The God of Vengeance a century ago, as well as Asch himself. At the Guthrie Theater, the cast directed by Wendy Goldberg is utterly lyrical as they relate Vogel’s epic sweep.

Indecent as a theater piece is a meditation, rather than other more intense Vogel masterworks like Hot ‘N Throbbing, Desdemona, A Play About a Handkerchief, and her stunningly evenhanded inquiry into adult to minor sexual abuse, the Pulitzer Prize-winning How I Learned to Drive. In recent years the fact that she has rendered memorably transgressive elements of her well-written plays (e.g. urine and toilet seat aspects in The Baltimore Waltz) has led some to complain about her timidity to speak out more forcefully against censorship of stigmatized speakers on college campuses. Vogel is a beloved iconic professor at Brown University where she has mentored some of the best playwrights of the younger generation, such as Jennifer Haley (The Nether). 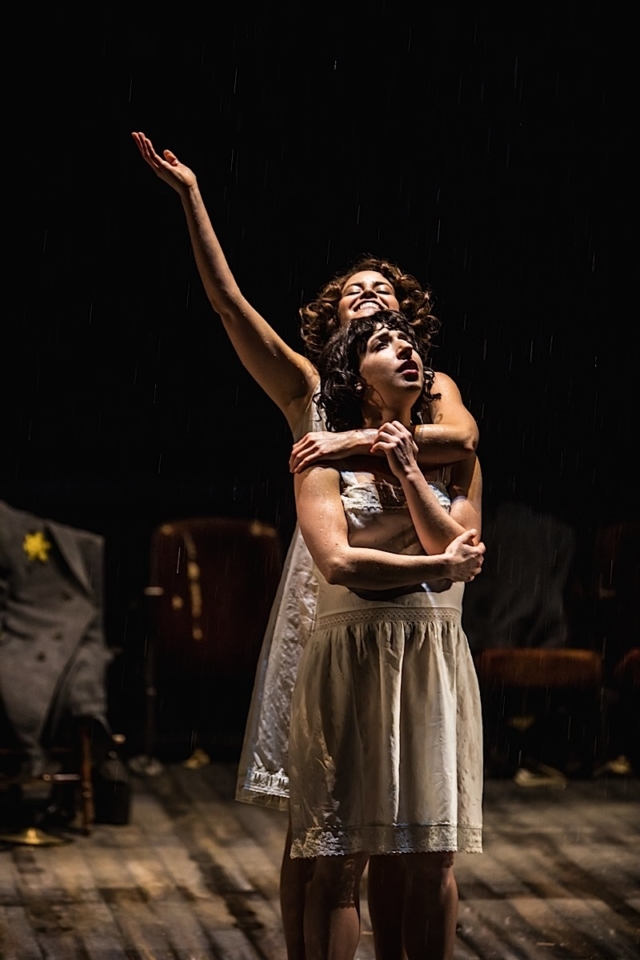 Perhaps Vogel’s greatest and most appreciated achievement is that with Indecent, she has without question toppled the admittedly shaky tower on which Tony Kushner has perched as America’s “greatest gay playwright” for far too long. With Indecent, it is brightly obvious that Vogel’s body of work is a bona fide canon of remarkable range, beauty, and insight. Indecent is yet another jewel in her crown, and quite different from the rest of her plays. Not to be missed.