In the Land of Vlad the Bad 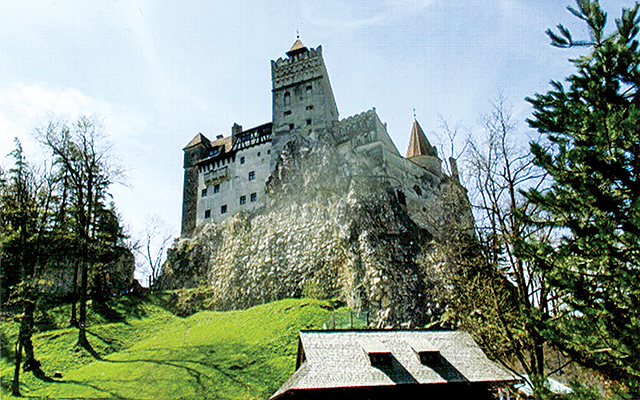 Well, that’s my politically correct nickname for the Romanian bigshot who founded the country’s present capital, Bucharest, in the 15th century. He went on to rule from his Transylvanian castle, where he earned the even darker epithet of Vlad the Impaler after his preferred mode of punishment. His hangout, Bran Castle, became better known as Dracula’s Castle, after the fictional vampire whose creator, Bram Stoker, deemed it a suitable location for his vampire count.

Think he’s bad? A more recent megalomaniac, communist leader Nicolae Ceau?escu, took the prize for stifling his nation until his death in the famed Revolution of 1989. Revolution Square, heart of that action, today hosts monuments to freedom fighters among the bullet holes still stippling the Parliament Building and the charming Eastern Orthodox Cretulescu Church of 1722 across the street, where its priest welcomed me in the perfect English spoken by everyone. Nearby, the former Royal Palace of 1866 now serves as the city’s art museum — a treasury of mesmerizing dark-eyed medieval icons rescued from the many churches Ceau?escu destroyed.

A bit farther along Victory Drive, the Atheneum of 1888 escaped the leader’s rampage and today holds concerts by the esteemed George Enescu Philharmonic, where I was fortunate to enjoy Prokofiev and Brahms framing a premiere by a local composer. Continue along the avenue, the Champs d’Elysees of Bucharest, to another Parisian wannabe, an Arch of Triumph — this one, seemingly assembled by IKEA of planks and plaster. 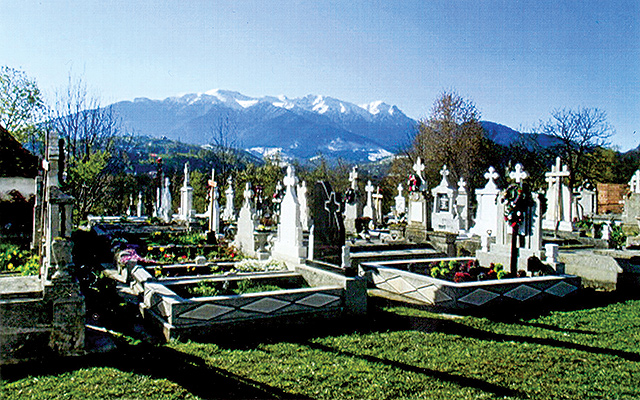 Never mind. Mr. C vowed to out-do anything the Free World had to offer by building the Palace of Parliament with over 1,000 rooms (designed by a young architect with nada on her resume) — the largest government building on the planet save for the Pentagon. Begun in 1984, it’s still unfinished. So is the vast cathedral behind it, draining money, its angry citizens claim, from needed hospitals and infrastructure.

Clearly this is a populace whose DNA bears little countenance with unsavory politicians. All last winter — perhaps you caught on it on TV — folks from all walks of life held an ongoing protest on Victory Square against those elected “statesmen” and their legislation enabling themselves to accept even more lavish bribes.

Mr. C flattened residential areas in the name of progress; yet many remain, from the dreary Communist-era apartment blocks to those lining the engaging tangle of the Old Town’s historic streets (today blessedly pedestrian-only). 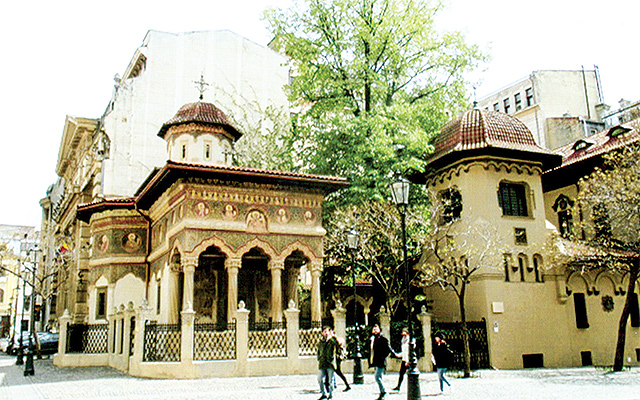 It’s the place to be — to wander streets flanked by everything from tiny arts and crafts shops to H&M, and countless cafes and bars with al fresco seating to watch the world go by while nursing a $2 beer. Succumb to the charms of its many Orthodox churches, such as Stavreopoleus which is petite but potent with saints painted, inside and out, on every surface. Peer into to the barrel vault, and there’s Jesus. Approach the altar, glowing with row atop row of saints and disciples, and there he is again, flanked by Mother Mary, whom devout believers approach to kiss and cross themselves. During vespers, a quartet of resounding bass voices chant and black-clad nuns answer with songs of their own as priests shake incense into the air.

Calmed, I returned to my hotel, the 16-room Rembrandt, of cheery modern design within its Baroque façade, and await its lavish breakfast buffet — think cheese and sausage, cukes and peppers, hardboiled eggs, cereals, yogurt, pastries, and waffles made to order — and endless cappuccinos. I’m back at lunch for a bowl of spicy goulash. Its sweet staff has found me a table that evening (reservations essential) at the mega-popular beer hall called Caru cu Beru of 1870, which wouldn’t be out of place in Munich. As I await my order (tonight, stuffed cabbage leaves aside polenta crowned with sour cream and a lethal-looking pepper) I enjoy the costumed folk dancers who prance through the hall. And I love it. Just outside, the annual Festival of Lights illuminates a dozen or so facades with light-and-music shows on the closed-off avenue. It’s magic.

Another night, I head to City Grill for a ringside seat at the meat-centric barbecue station, where I’d learned to place my dessert order first. There’s a 30-minute wait for the made-to-order papanhsi: sweet raised doughnuts slathered with cream and cherry jam. Preceding it, a host of Turkish-style apps, from baba ganoush to silky olives. 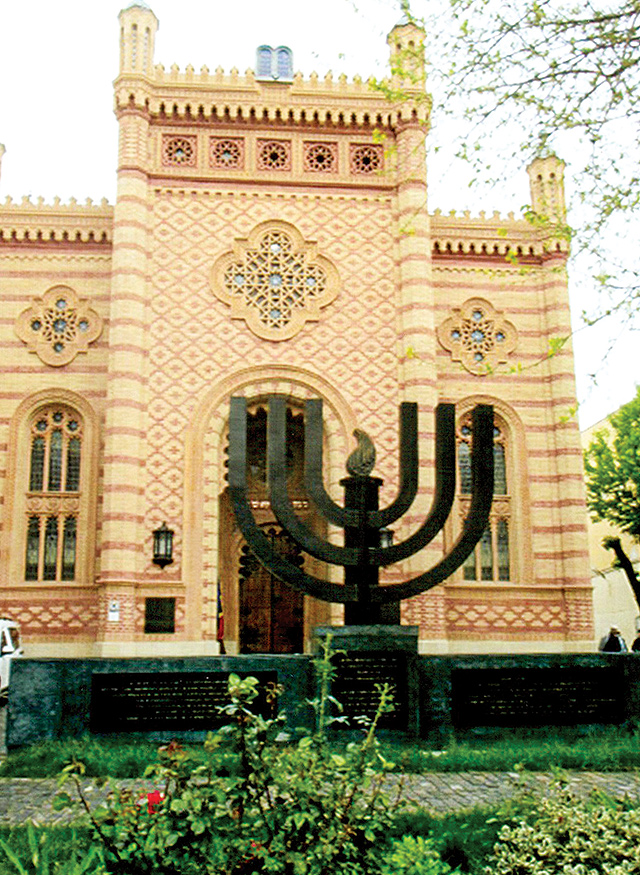 Next day I discover the city’s Jewish Quarter, now a shabby, forgotten neighborhood, which once held half a dozen of the country’s 1,500 synagogues, of which 81 remain today. Three in Bucharest still hold services, including Choral Temple, launched in 1857, destroyed in the 1866 pogrom, rebuilt in 1867, ransacked in the 1941 pogrom, and so the story goes. Nearby, a Holocaust Memorial gives testament to documents which show that no country outside Germany itself was responsible for more Jewish deaths than Romania, outdoing even Vampire Vlad.

Happier times reign today in Vlad’s environs, where I participated in a week-long language camp in which English speakers (our group from Australia, London, New Zealand and moi) teach English as it’s spoken (no classrooms, no textbooks) to Romanian professionals eager to improve their grasp (see www.angloville.com, also operating programs in Hungary, Poland, etc.). The program involves no cost to us Anglo participants except airfare. Meals, lodging, and transportation to/from a countryside resort are complimentary. And, what a setting! My balcony overlooked snow-peaked mountains framing Dracula’s Castle while, below, daffodils bloomed among the grazing sheep. We heeded warnings to amble only along fenced roads to avoid wolves and bears and — worse — attack-trained sheepdogs, all in a day’s work.

English-learners arrive with “textbook” proficiency but are eager to acquire adeptness in conversation, both for business advancement and leisure. Several hours daily involve one-on-one conversations (any subject, from careers to politics to vacation plans). Frequent group exercises provide inventive challenges, such as planning the relaunch of a failing restaurant or whom to kick off a desert island. Each Anglo mentors a local, who must prepare a ten-minute presentation. Evenings are devoted to word games, the sillier the better (Ever try to mime the word “mustard?” Or “tarantula?”). Forming deep friendships is the easy part; saying goodbye is what’s hard.

2017’s Pride will culminate in the March of Diversity, sponsored by ACCEPT. And yes, gay marriage is legal here.

Bucharest’s GLBT community gathers on Friday and Saturday night at Queens (B-du Carol 61) to enjoy a live show and mingle.