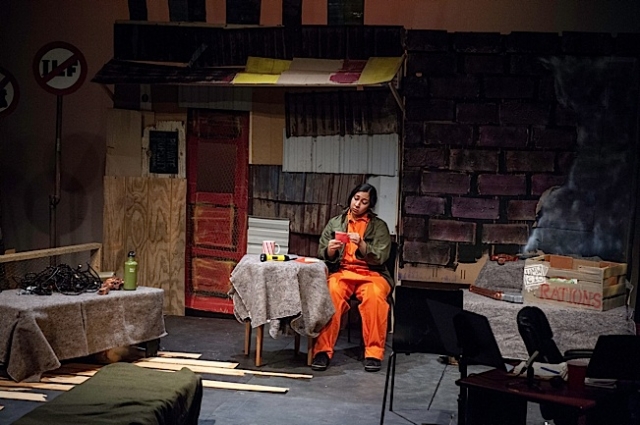 A major pitfall of plays written about identity is that they fall into sloganeering and simplistic generalizations about the oppressed v. the oppressor. The paradox within that is that serious complex issues of bigotry and oppression are not credibly rendered. However, Marisa Carr’s new drama, Reconciliation, delves into the complexity with relish so that even if one doesn’t tend to be sympathetic to her concerns, they will definitely be confronted.

Carr seems to have a terrible awareness of how our current era of unchecked surveillance and endless war could eventually un-do the US constitution. In this sense, it is actually a patriotic work that stretches far beyond only racial concerns. Pangea World Theater director Dipankar Mukherjee has balanced the piece’s stunning intelligence with deep feeling, though transitions between the scenes could move more deftly. 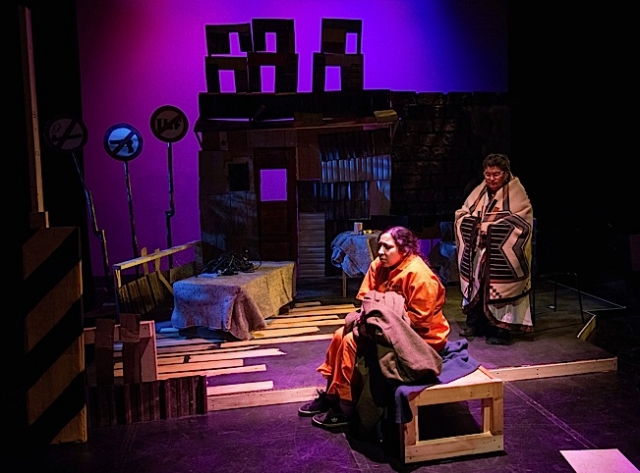 Reconciliation is a dystopian play set a century in the future about Native Americans who essentially are incarcerated in internment camps in Minnesota – incarceration simply because of their race and because of an America whose military-prison-industrial complex has expanded far beyond what it is today. The inmates are not only victims of impoverished living conditions but polluted drinking water there is so toxic that it has been a major contributing factor to early deaths.

Playwright Carr, who also portrays the protagonist role at Intermedia Arts, splendidly inhabits the role of a native woman reminsicent of Antigone who refuses to reconcile with the injustices and degradations enacted upon her self, her family, and her people in the 21st and 22nd century. Though the historic genocide of Native Americans is referred to, it’s what’s happen in the recent past of the play’s setting that is the general focus. Reconciliaton also shines a light on the problems and issues of reconciliation efforts of recent years that we’ve seen in Bosnia, South Africa, and other countries. Though the notion is noble, it can also become dishonest. 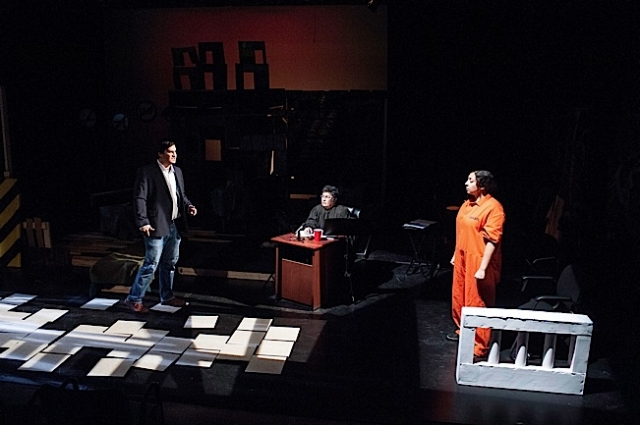 Moreover, Carr doesn’t let her own people off the hook. Jake Waid gives engaging performances as both a Native American prosecutor who sees many of his own people as “enemy combatants” and also as a freedom fighter. Sharon Marie Day gives touching performances as both a reasonable court judge and as “grandmother’. The production is nicely enhanced by Mike Wangen’s lighting and Peter Morrow’s sound design. The ramshackle set design by Charlie Her Many Horses artfully reflects an internment camp interior.