HUMP! In All Shapes, Sizes, and Sexualities 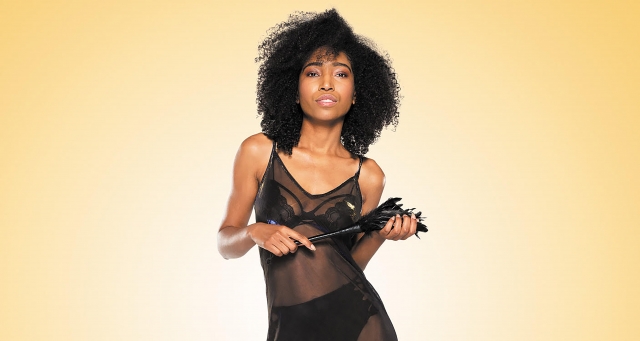 “You name it, you’ll see it at HUMP!,” says Caroline Dodge, HUMP! marketing and promotions director.

Any and all submissions are welcome, Dodge says. The only requirements are “no poop, animals, children, or MAGA hats.”

“We have seen pretty much everything! We are always hoping for more representation from people of color, women, and LGBTQ communities,” Dodge says.

One of the highlights of the HUMP! festival is that each film is required to be five minutes or less, which means that if an audience member doesn’t like one of the films, it won’t be too long until the next one.

“If you don’t like something, hang tight—the next one will be for you! Films are five minutes max, and the show is 90 minutes,” Dodge says. “We squeeze as much variety as we possibly can into one show! Expect to turn off your cell phone and lose yourself in a world of every kind of sexuality—art films, animations, comedies, iPhone home movies—it’s all there for you to enjoy!”

Because HUMP! offers a variety of films featuring an extremely diverse group of people, Dodge says it really offers something for everyone who is interested in celebrating sexual expression and diversity.

“This festival is for anyone who wants to celebrate creative sexual expression. You will laugh, you will gasp, you may even cover your eyes a few times! But I can safely say you will never see anything quite like HUMP! It is a total blast,” Dodge says.

If you’re interested in learning more about Dan Savage’s 13th Annual HUMP! Film Festival, visit their website at humpfilmfest.com for more information, tickets to the festival, or to submit your own short film.