Humiliation Behind Closed Doors: “Rat in the Skull” at the People’s Center 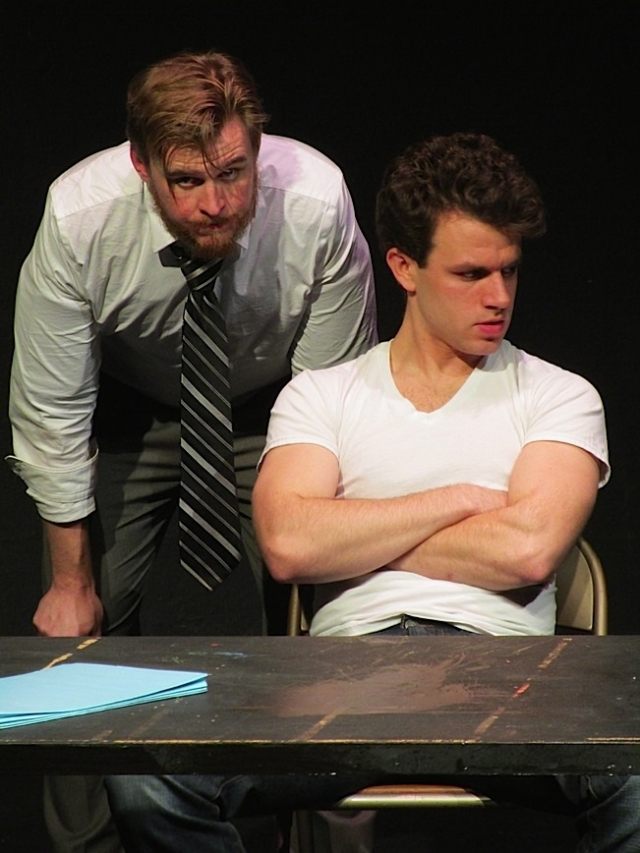 When a dominant culture incessantly bullies a minority culture, the minority ultimately strikes back. In the 1984 drama, Rat in the Skull by Ron Hutchinson, the dominant is Protestant Great Britain steered by the Crown and Parliament in London. The subjugated are the Catholics of Northern Ireland. Because there is no divine intervention by the God which both sides worship, the dominant culture develops overpowering ways to degrade the other via espionage, military state tactics, vote-rigging, and building burnings. These tactics were further legitimized by the UK’s Prevention of Terrorism Acts which helped inspire the play. The Irish Republican Army (IRA) reacted, in turn, with terrorism.

The Northern Irish situation is not the hell it once was but the scars and law enforcement tactics and prevention measures it developed are still studied and unfortunately, emulated by some of those in the surveillance “community” worldwide. Recent revelations at Chicago’s Homan Square and the crises in so many of  US police departments -Baltimore, Denver, Albuquerque, North Charleston, New York City, to name a just a few- make Hutchinson’s insights all too relevant now.

A Rat in the Skull’s early 1980s setting is a London interrogation room where a Belfast Catholic man, Rosch, has been spirited on charges of terrorism. At the top of the play it is made clear that he has suffered a brutal attack by someone in power at the detention center. The story flashes back to Nelson, a vengeance-driven Irish inspector for the Brits who has been flown in from Belfast to work his dehumanizing magic. He goads and humiliates Rosch supposedly to get information from him. Of course, as we’ve come to know in post 9/11 USA, intelligence gotten under extreme duress is often very unreliable. To be clear though, Rosch has quite an axe to grind against the Brits. His rational faculty has been compromised by chronic rage. Of course, the same can be said of Nelson.

Nelson has been flown into London by the Crown, which I take to be the title’s “skull”, to conduct the interview. He knows the counties of Northern Ireland and the Belfast streets intimately and has conveniently and contemptuously reduced Catholics to so-called farmers’ sons and urban “rats”. City-dweller Rosch is a living stereotype to him, subhuman. 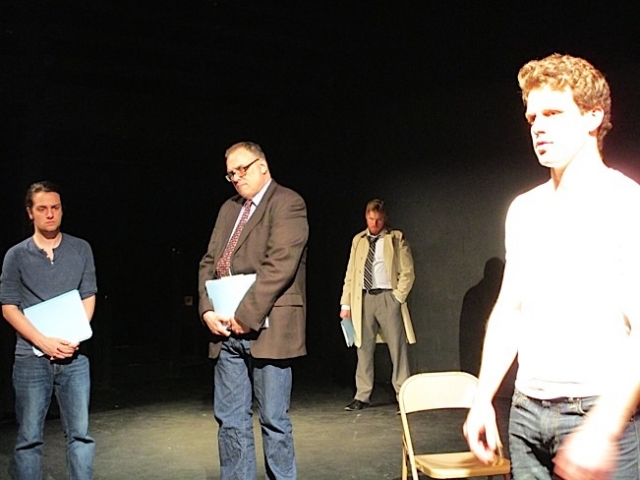 In Candid Theater Co’s compelling production a vibrant Aaron Henry as Rosch is vividly contrasted with an appropriately seething and sinister performance by James Napoleon Stone as Nelson. Jim Ahrens is superb as Harris, a seasoned senior officer who we come to learn has a wiser and brutally balanced view of the entire Northern Ireland/United Kingdom dynamic. He understands both sides and to some degree, the failure of a dominant power to wield that power morally. He has also long recognized the futile efforts of minority defiants that aggravate the situation. 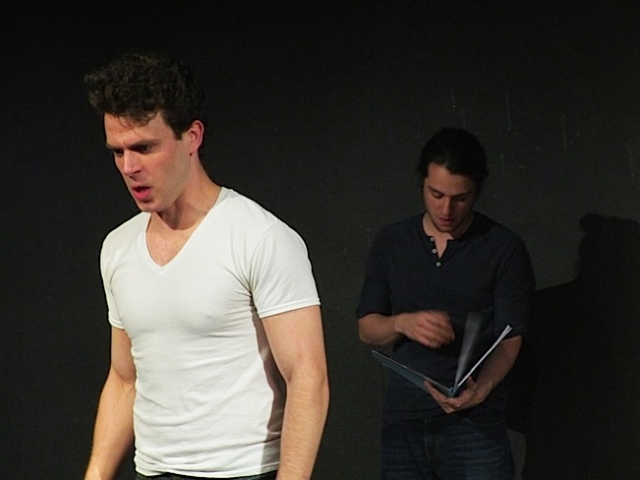 Ryan London Levin conveys an “I’m just doing my job” attitude as the officer who guards the interrogation room door. It’s a revealing performance that ultimately shows the ugliness beneath friendly, noncommittal demeanor. Blind fascism with an “aw shucks” smile on its face. Great empires and dictatorships count on masses of men like the guard. They are loyal to the tribe no matter what. They don’t seriously question, though they think they do and have.

Director Justin Kirkeberg, once again, shows himself to be a master of mining complex emotions beneath a complex script. All four expert performances demonstrate that beautifully.