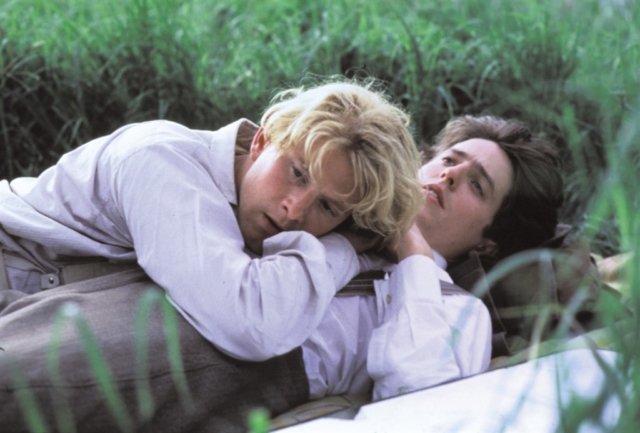 To celebrate the 30th anniversary of the exquisite Merchant Ivory film version of E. M. Forster’s breakthrough gay novel, a restoration from the original negative is now in release. One of the region’s main locations for screening restorations of classic films, the Lagoon Cinema, is currently presenting Maurice. In recent years we’ve seen the Lagoon screen other classics, such as The Third Man and Chimes at Midnight, just to name a few.

In 1987, before he became a superstar, Hugh Grant was on his way up. He was courageous in accepting the role in a time when playing a gay character in a gay themed film was very risky. He followed on the heels of William Hurt, whose Oscar-winning gay turn in 1985’s The Kiss of the Spider Woman, opened the door for big stars to play gay roles without endangering their careers.

British subject Forster wrote the gay coming-of-age novel, Maurice, in 1914. It is important to remember that homosexuality was not decriminalized in the UK until over a half century later in 1967 with the Sexual Offences Act. Hence, the author was going out on a limb to say the least.

The setting is England just before World War I when two male Cambridge students, played by Grant and James Wilby, fall in forbidden love. The plot thickens when their friend, Lord Risley, played by Mark Tandy, is imprisoned for soliciting sex from a soldier. The legendary Ben Kingsley, who had won the Best Actor Oscar for Gandhi earlier in the decade, plays a hypnotist sought out by Grant’s character to stamp out his sexual orientation. 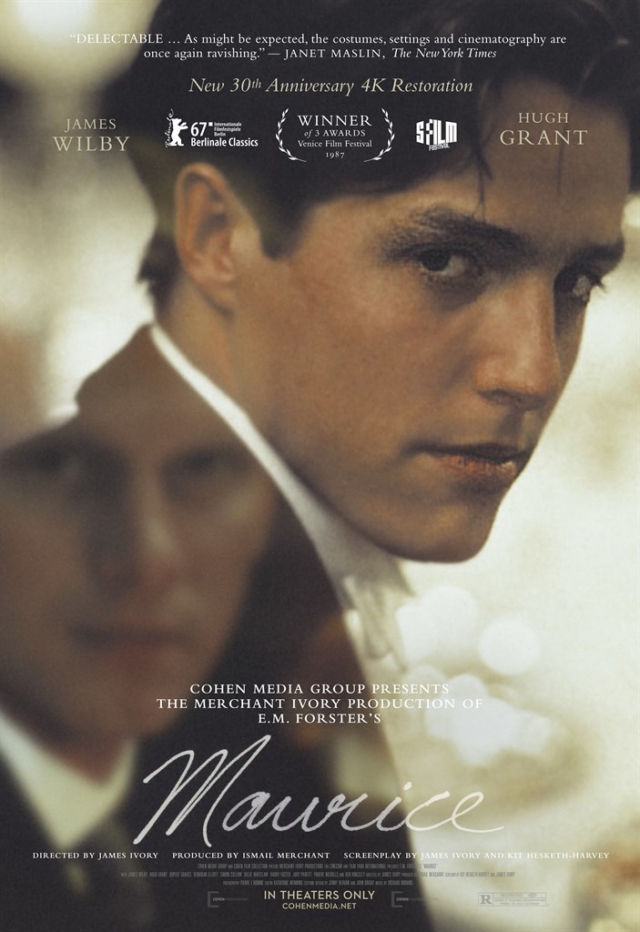