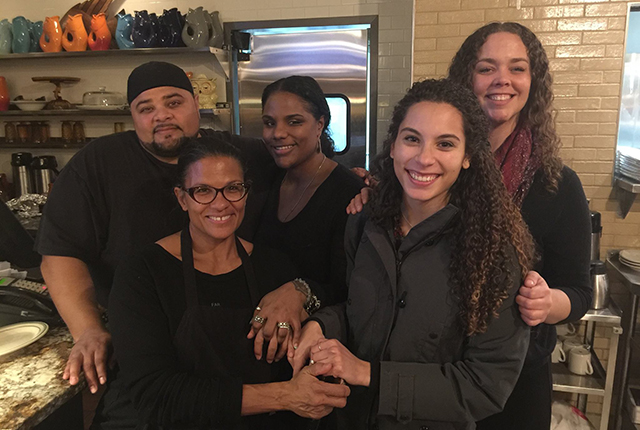 The family-owned and operated Milton’s has a variety of generations of the Milton family on staff. Photo courtesy of Milton’s

Milton’s Vittles, Vino, and Beer labels itself a “restaurant for the community,” and for good reason.

It’s amazing how a family meal can get conversation flowing. As soon as the table’s set, the plates are filled, and the guests are seated, the conversation starts, quickly spanning from a recap of everyone’s day to current social issues. Food leads to conversation, and conversation leads to community. And that’s exactly what’s been happening at Milton’s Vittles, Vino, and Beer since it opened in Crystal in 2013.

“The conception was originated with the idea of my son (who is now my spirit son) and I to open a fast casual restaurant that featured family favorites: grill food, soul food menu items, and my son’s love for making the best beef jerky and jerk sauce,” says Francine Weber, owner of Milton’s. 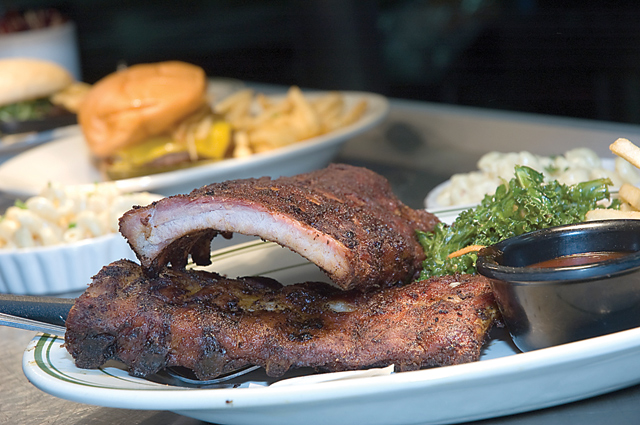 Milton’s offers a multitude of homestyle favorites, from ribs and jerk chicken to clam chowder and hamburgers. Photo courtesy of Milton’s

The restaurant, which is family-owned and operated, has a variety of generations of the Milton family on staff, including Weber’s children, brothers, husband, nephews, and nieces, as well as people who have become family over the years.

And becoming family at Milton’s is no difficult task.

“We are who we are, what you see is what you get,” Weber says. “We don’t try to hide our rough edges, and we share our joys and accomplishments with the people that helped make it happen. We have real conversations: fun stuff or just an ear for those tough times. Because we are as diverse as you can get as a family: multiracial/multi-ethnicity, queer, ADHD, use your imagination for everything else.” 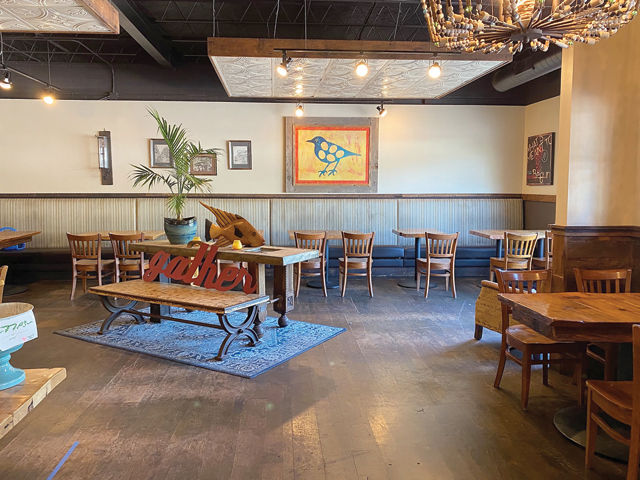 Milton’s Vittles, Vino, and Beer opened in Crystal in 2013. Photo courtesy of Milton’s

Weber says that when they hire new staff members, they look for people who will bring their authentic selves, which, she admits, sometimes means meeting people where they are at.

“At times that means we pick up some crazies along the way (that applies to family members also), and that’s what we love about them. We understand as a family that everyone is at a different point in their life journey, and that’s something we try and embrace here,” she says.

“Because of this, it enables us to relate to pretty much whatever is going on in someone’s life who walks into Milton’s. That being said, when we hear you, we know what is going on in the community for which we support in many different ways,” Weber adds. “It may be supporting food for a school sports team, participating in nonprofit events locally, calling a customer to check on them because we know them that well. But most importantly, we take pride in Milton’s being a place where everyone feels comfortable first, along with great food!”

And speaking of great food, Weber says she recommends new customers tries the jerk mac and cheese, planked salmon, Chad’s burger, wings, Milton’s Cobb salad, jerk salad, or anything jerked. For breakfast, she suggests trying Anna’s Scrambler or the stuffed avocado. “Everyone has their favorites!”

Milton’s also offers what they call “Vittle Packs,” which are boxed lunches of anything on the menu for groups of all sizes—perfect for to-go meals during COVID-19. 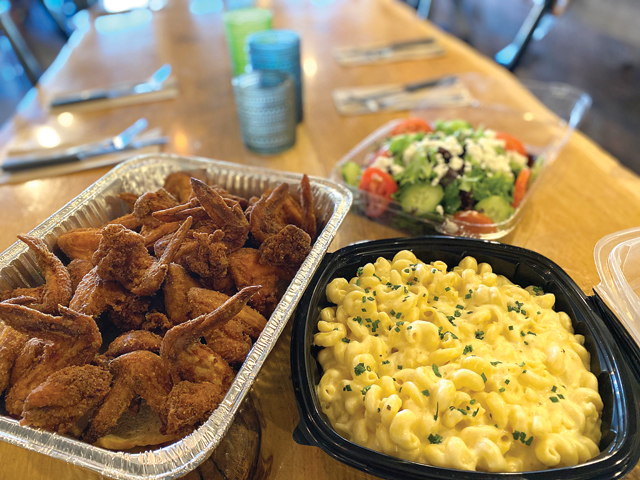 If you have a hankering for ribs and mac and cheese, look no further than Milton’s. Photo courtesy of Milton’s

While the pandemic has certainly posed threats to the restaurant industry, Weber says Milton’s has been able to pull through, thanks to everyone in the community doing their part to help, from guests cooperating with mask-wearing and social distancing, to staff following the proper protocol to keep everyone in the restaurant safe.

“[We’ve been] implementing protocol for the staff working from temperature checks, masks, gloves, restaurant dynamics, etc. The menu initially had to be reduced while we built our business to support going back to the full menu,” she says. “This has been achieved by way of takeaway, especially when we offer daily specials and favorites. The patio has been consistent weather permitting, and now our catering COVID-19-style is starting to pick up. We have created space for social distancing inside and out, which has been carefully curated.”

With all of the COVID-19 precautions in place, a menu of delicious, homestyle food, and a team that resembles a family more than staff, there’s no reason not to go to Milton’s. Stop by any time from 7:30 to 11 a.m. for breakfast, 11 a.m. to 5 p.m. for lunch, or pick from the restaurant’s main dinner menu from 11 a.m. to 8 p.m., or according to their website, “until it makes sense.”