Choir Boy at the Guthrie Theater 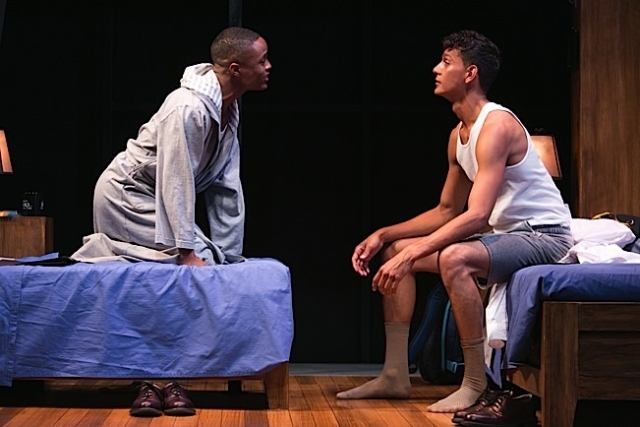 Tarell Alvin McCraney has written a definitive play about homophobia within the African-American community. With Choir Boy he pulls no punches in a story of a prodigious and flamboyantly feminine gay student with a gifted voice who wins the task of leading his elite black prep school’s choir during its 50th anniversary. Peter Rothstein has directed a crisp, funny, and hard-hitting production for the Guthrie Theater in the Dowling Studio.

John-Michael Lyles gives a sparkling and mischievous performance as protagonist Pharus whose sharp tongue and sardonic wit keeps homophobic boys both at bay and enraged at him. This is part of McCraney’s integrity: at times we can use sarcasm and wit to a self-defensive extreme and goad others to destructive actions. McCraney makes it clear this is an Achilles’ Heel for Pharus. It’s refreshing to see a playwright of a left-wing overview who will level with us about the potential danger of misused and caustic wit. Sometimes, when left-leaning political comedians are cheered for their vicious remarks against political figures and actions, it often doesn’t occur to the person laughing that they may have just distorted the actual reality, and they may hit unethically below the belt. McCraney understands this and sees it as the character flaw it is. 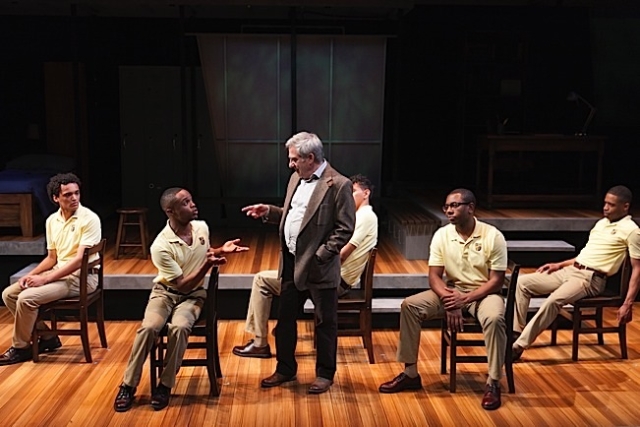 That said, there is no doubt that some of the straight choir boys, especially Bobby (a dynamic Darrick Mosley), are jealous, unacceptably mean-spirited, and out to see Pharus fail because he doesn’t fit the norm. In the midst of the conflict is headmaster Marrow (an excellent James Craven), who both supports Pharus to the chagrin of Bobby, who happens to be his nephew. Like Stick Fly by dramatist Lydia R. Diamond, Choir Boy is an inside view of the black power elite. One wonders who much it may capture the vibrations of the youths of Condolezza Rice, Susan Rice, Eric Holder, Jr., and perhaps Colin Powell.

Ryan Colbert, Nathan Barlow, and Kory LaQuess Pullam add exquisite ensemble support as teenagers whose true views of gayness and homosexuality are subtly revealed through the course of the play. Robert Dorfman gives a touchingly warmhearted performance as a white teacher who facilitates expansive and dangerously theoretical discussions among the boys. Dorfman and Craven have a fascinating scene where the headmaster’s naivete about homosexuality is revealed. 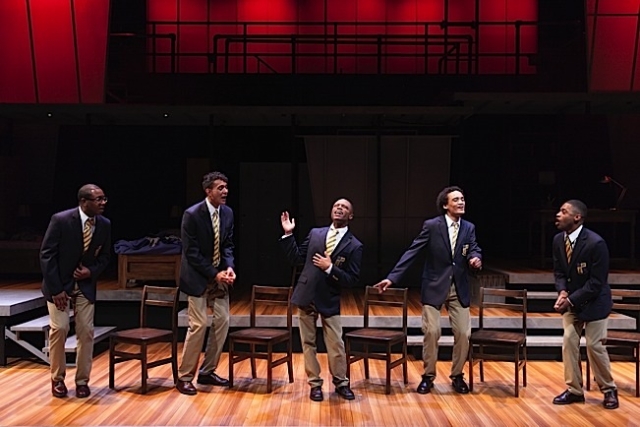 I hope that those who were not so sold on McCraney’s trilogy will give Choir Boy a chance. It’s oddly unfortunate that he was overpraised for the Brother/Sister Plays trilogy by Ben Brantley, the so-called Dean of American theater criticism. Brantley is a bright man, but it was during the time period when the critic’s star was rather dim. He had exalted the scurrilously racist snark-driven musical, The Book of Mormon, as a great work around the same time period. This should not be held against Brantley but it was a time when his judgement was seriously clouded, though millions have now been infused with Mormon’s mentality.

Around that time he flamboyantly compared the 20-something McCraney to August Wilson and Eugene O’Neill, rather than primarily a playwright of considerable promise, which would have been the right call. Thankfully, McCraney has continued to grow artistically. Each trilogy play got progressively better. After that, with Choir Boy, he actually has a play that is not only truly masterful, but a landmark in both African-American and glbt theater history. That’s true praise, not overpraise. It can be reasonably said he appears to be on the path to continued exceptional work.