Homophobia and Alien Sexuality Portrayed Vividly in “The Untamed” 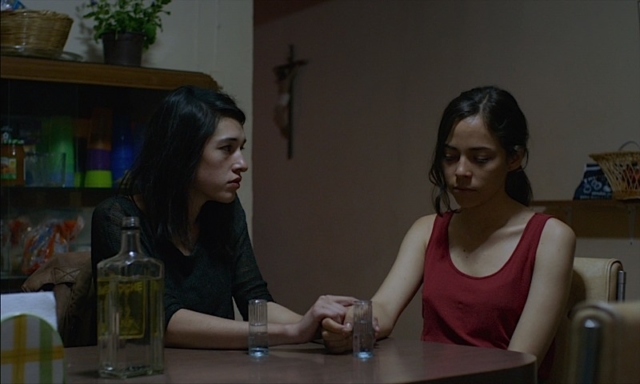 Filmmaker Amat Escalante’s compelling family/sci-fi drama set in Mexico runs on two tracks. Track One: A highly charged sexual affair between Angel, a straight-identified husband and Fabian, his openly gay brother-in-law who works as a nurse. When wife/sister Alejandra learns of this because of an unexpected gruesome occurrence, her life crash lands. Rounding out these three major roles is a fourth: Veronica, whose, alternative sexual desires add a bizarre dimension to this already sticky web of relationships. 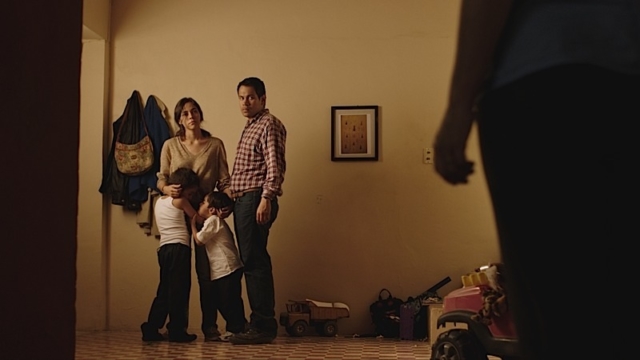 Track Two: Veronica’s alternative sexual desires are not some already categorized fetish, but are explored with an alien from outer space. This alien is a major character itself and has erotically expressive tentacles, reminiscent of an octopus. Be aware that The Untamed has some graphic moments between this unearthly being and earthly humans. That said, this depiction of inter-species sexuality is rendered with a certain amount of objectivity, as if, perhaps, this might be a legitimate alternative, given that inter-human sex can sometimes be fraught with deceit, violence, and mental cruelty. It’s a quite a stretch of course, and some would understandably say a disgusting stretch. But that’s something which The Untamed seems to actually be pondering. 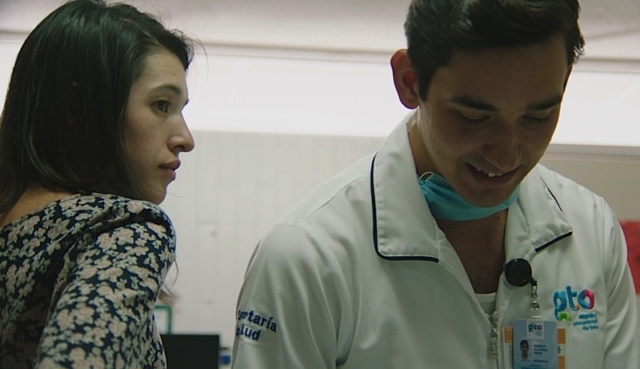 Dysfunctional family dynamics are vividly portrayed. Jesus Meza gives an unsettling performance as the self-loathing and brutish closet case, Angel. Eden Villavicencio brings sweetness and warmth to his gay brother-in-law, Fabian, The women’s roles, though very different from one another, are notable in how both characters seem to be in a semi-daze, as if life has overwhelmed them. Ruth Ramos gives a touching performance as wife/sister Alejandra. Of all the characters in The Untamed, she commands our deepest empathy. One cannot help but be moved by her concern for her little sons.

Simone Bucio infuses Veronica with a mysterious quality. Vero,as she is called, is the one who has made sexual contact with the alien. Escalante seems to be saying that sexual hunger can become so insatiable, that perhaps there comes a point where other humans are not enough to satisfy it. A troubling thought, but one that the film seems to float in the eerie spell it casts.