Home (not far) Away from Home 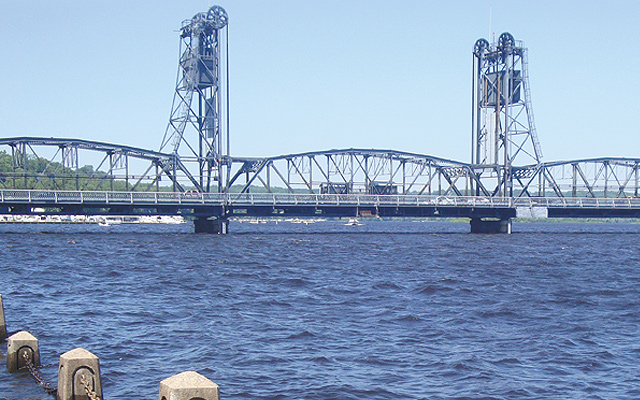 Stillwater is the town I eagerly revisit whenever I can’t afford the time or money to sprint off to Europe. When my VISA bills and dirty socks and dishes mount faster than the national debt, I simply practice denial. I put a pillow over my head to render them invisible, and then my head on a pillow in one of the town’s über-charming B&Bs along the river, only 30 miles away.

It’s the oldest town in Minnesota—think 1848, before statehood was even a glimmer in a trapper’s eye. As riverboats brought settlers, those newcomers needed homes—wooden homes—and the logging industry was born.

What’s left of that boom and bust today are the scores of fancy mansions those lumber barons built, abetted by Main Street’s quaint brick storefronts, once full of saloons (57) and cathouses (6) serving the randy lumberjacks the tycoons hired—today revived as bistros, galleries, bookstores, boutiques and antiques emporia. The 28 churches of the town’s heyday still thrust their spires skyward, though most today house condos.

Who lived in those got-it, flaunt-it mansions lining the hills? Ask Bob Raleigh. He’s the poker-faced joker manning Stillwater Trolley tours—45-minute romps through yesteryear, past Victorian belles like the William Sauntry Mansion, where F. Scott Fitzgerald hung out with his old friend, Bill; the Ann Bean House, built as a wedding present for a favorite daughter (both are B&Bs today); past the Lumbermen’s Exchange, now the Water Street Inn (great Irish bar); the classic library Andrew Carnegie erected; and the landmark redbrick courthouse-cum-jail of 1867, which welcomes visitors with a video of the town’s founding and a collection of Civil War memorabilia. Outside, the sole remaining cannon is aimed squarely at the headquarters of Cub Foods.

Or cruise the river itself in the slim skiffs of Gondola Romantica with a BYO bottle of vino from—maybe not Venice, but Northern Vineyards on Main Street—the oldest winegrowers’ co-op in the country, open for tours and tastings. Or tote a growler from the new Stillwater Brewery (free quickie tour ands tastings) where the Morgan boys- transplants from West Virginia- brew Nut Brown Honey, Red Wheat, and more. You can even tour the former 1853 grey-stone home of the prison warden. The state prison itself, which housed varmints from the Jesse James Gang in its heyday, was awarded to Stillwater as a consolation prize when it lost its bid to become state capitol.

Today the site houses a better-off class of condo dwellers. They fuel the feisty entrepreneurs stoking Main Street’s eccentric shops (not a Gap, not a Starbucks in sight), here to entrap day-trippers like you and me. (I’m such easy prey they should be embarrassed.)

Chef’s Gallery proffers all the kitchen gear you never knew you needed (classes, too). Trembley’s lures the innocent with homemade fudge. Stillwater Olive Oil Company boasts a gourmet collection of flavored olive oils, from truffle to chipotle, plus scented vinegars from Modena itself (mango, grapefruit and dozens more) to mix and match to liven your marinades, salads, and sauces. Tradewinds sells a global realm of spices, and Maison Galleria offers the table settings, and more, that these wares deserve. Mara Mi provides all things paper, from fancy wrapping to elite invitations, plus a sweets bar (lime-frosted cake puffs on a stick). Espresso and ice cream, too.

If by now you’re running low on greenbacks, head to Karma, where vintage duds go for a song (plus maybe a fiver). And then, there are the eight antiques shops and malls lining Main Street, your source for sets of china roosters, crocheted tea cozies, vintage rods and reels and dollar books (“How to Flirt” is shelved next to “Instant Meditation,” in case the first purchase doesn’t work out. To test it, check out the scads of bars with live music and dancing lining Main Street, where you can spin your same-sex partner in style).

One last meal before I head home, courtesy of Henrietta and Claudette. Those girls inhabit the henhouse in the backyard of Elephant Walk, the gay (and everybody)-friendly B&B where I returned after a decade’s absence. (“Still prefer red wine?” asked Rita, the charming host with a memory like the elephants she favors in her décor, courtesy of her many trips to Thailand, scoring wondrous finds—sort of Old Curiosity Shop Meets the Far East, plus fireplaces and hot tubs (oh, and complimentary wine and cheese). Maybe if I offer to wash dishes, I’ll never have to leave.

For addresses and info, visit www.discoverstillwater.com.

Stillwater’s dining finds are a well-kept secret—except that I’m about to blab. Sneak away from the cities for a night of creative fare in a small-town setting. Who knew?

Revé 324 is the love child of Matt Sterbenow, a basketball star-turned-sommelier who opened his “dream” [revé] café, thanks to “family and friends”—including mom’s sofas surrounding the cozy fireplace. Don’t miss his mini-burgers, or the still-flopping yellow fin tuna starter, followed by sirloin paired with a blue cheese-asparagus risotto.
324 S. Main, 651-342-1594 www.reve324onmain.com

The Green Room is the town’s sleeper, forged from rough-hewn lumber and local fieldstone and the kitchen talents of Chris Durant. “The word ‘no’ is not in his vocabulary,” a server hinted, so bring it on: homemade hummus and baba ganouj; a goat cheese-sundried tomato-artichoke-roasted garlic flatbread; mundane romaine-turned- magnifique via blue cheese, pine nuts and bacon; gnocchi light as ping pong balls; and nirvana: Indian-style scallops in fiery curry flanked by turmeric potatoes.

Shanghai Bistro is the new wok on the block, featuring all things Asian, from sushi to—yes—chow mein. Best bet: Tote your chopsticks to the food tents on the rear deck, where the band is playing.
324 S. Main, 651-430-9000