When we think of finding a gift for someone it tends to be a tangible object that can be felt and/or used. However, there are other gifts that create memories and visceral experiences that are just as significant. That’s why performances and the experience of encountering art make for great gifts as well. Here are some suggestions.

1. Blithe Spirit
Gay master playwright Noel Coward looms as the last century’s supreme voice of high sophistication, urbane wit, and camp. His comedic imagination is in full throttle with one the most popular London plays of the Blitz era of World War II. Moreover, it has since become one of the most popular stage comedies ever and is produced prolifically around the world. In case you don’t know already, Blithe Spirit has what is perhaps theater’s wackiest seance. Celebrated actress Sally Wingert plays the dotty Madame Arcati. This clairvoyant character’s mystical powers and reverence for the supernatural are the source of wild and unexpected humor!
Through Jan. 14
Guthrie Theater, 818 S 2nd St., Minneapolis
612-377-2224
www.guthrietheater.org

2. A Christmas Carol
The Charles Dickens book is transformed into a deep, dark, and uplifting stage play that has long been the region’s go-to holiday performance at the nation’s flagship regional theater. The outstanding Nathaniel Fuller returns in the role of miserly Ebenezer Scrooge. When confronted by three ghosts about his cruel attitudes and callousness he wrestles with his conscience and his obsessive compulsion to gain a profit.

Artistic Director Joseph Haj says, “A Christmas Carol makes a special time of year for our staff, for families throughout the region, and for first-time theatregoers experiencing Dickens’s classic on our stage. It warms our hearts to see the impact this tradition has had on our community for more than four decades and we look forward to rediscovering this familiar story for another season.”
Through Dec. 30
Guthrie Theatre, 818 S 2nd St., Minneapolis
612-377-2224
www.guthrietheatre.org 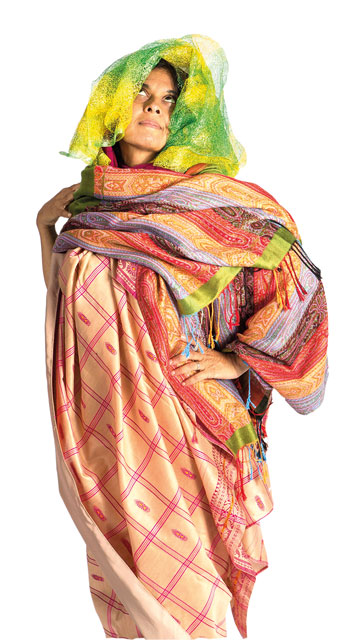 3. CLOTH
Aamera Siddiqui muses on ways in which clothing can dictate the level of constraint or freedom that women experience. Personal memories and what she was wearing when they took place are melded with what was learned from discussion groups, interviews, and workshops on topics regarding clothing, dress codes, and Islam. Directed by Suzy Messerole for Exposed Brick Theatre.
Dec. 7-10
Southern Theater, 1420 Washington Ave., Minneapolis
612-340-0155
www.southerntheatre.org

4. A Doll’s House
What could be better made to order for Henrik Ibsen’s landmark drama of domestic turmoil in 19th century Norway than St. Paul’s historic 19th century James J. Hill House? The Orchard Theater Collective offers an on-site production adapted and directed by Craig Johnson. The Hill mansion’s third floor schoolroom will be the epicenter of the story. Nora Helmer is a protagonist vividly defined by her traditional role as a wife to a man who has no capacity to understand her. Orchard is driven to find new ways to tell old stories.
Dec. 1-10
James J. Hill House, 240 Summit Ave., St. Paul
800-838-3006
www.orchardtheatercollective.org 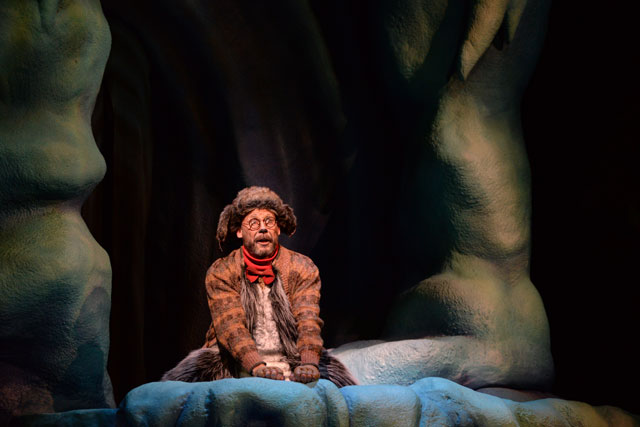 How the Grinch Stole Christmas. Photo by Kaitlin Randolph

5. How the Grinch Stole Christmas
The Dr. Seuss classic was actually commissioned, developed, and premiered at CTC and went on to play on Broadway. It is now also a holiday tradition at San Diego’s Old Globe. Artistic Director Peter Brosius comments that the Dr. Seuss stories “motivate us to be our best selves, to be generous, to be tolerant, and to celebrate the hugeness of the human heart.”
Through Jan. 7
Children’ s Theatre, 2400 3rd Ave. S, Minneapolis
612-874-0400
www.childrenstheatre.org 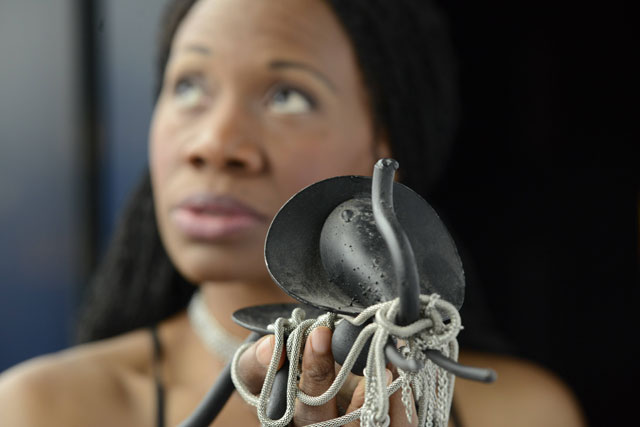 6. Herschel and the Hannukah Goblins
Watch out! Goblins have been preventing the spirit of Hannukah from entering a village. So the denizens have enlisted a good man to spend eight nights in an old synagogue in order to remedy the problem. A great opportunity to see some the best puppet artistry in the Twin Cities performing arts scene; not to mention, Minnesota Jewish Theatre does excellent work consistently.
Dec. 7-19
Highland Park Community Center, 1978 Ford Parkway, St. Paul
651-647-4315
www.mnjewishtheatre.org 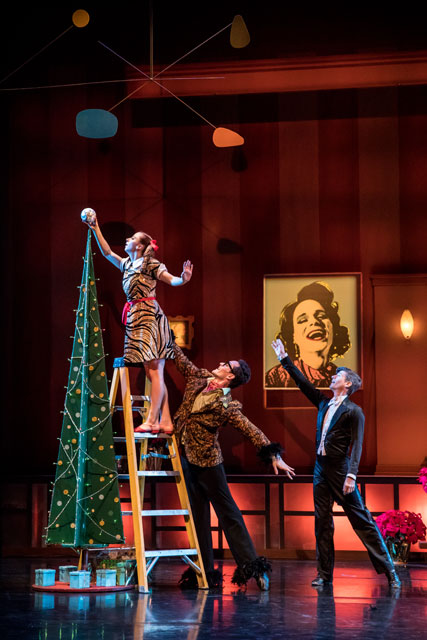 Nutcracker (not so) Suite. Photo by Dan Norman

8. Nutcracker (not so) Suite
Ballet of the Dolls and James Sewell Ballet revive the joyously camp spoof of The Nutcracker,  which we know as the traditional Christmas ballet. Surely you recall the Sugar Plum Fairy. This spoof was spirited forth by the madcap wizardry of choreographer Myron Johnson a generation ago. The wizard is back with a new generation that grooves with the moves and style of whats become a contemporary dance classic in it own right. In addition, this year, Bradley Greenwald plays Mama Flo!
Dec. 15.-30
Cowles Center, 528 Hennepin Ave., Minneapolis
612-206-3600
www.thecowlescenter.org

9. The Polarizing Express: Dysfunction Junction
The region’s premiere comedy theatre company regularly produces a sparkling holiday show that touches on current social, gender, and political issues. There is no group around that works so seamlessly like clockwork as these madcap masters of comedy. In a time when too many unskilled snarks try to pass themselves off as professional comics, the Brave New Workshop shows us true professionalism that makes Saturday Night Live look amateur. They skewer both ends of the political spectrum, fearless of potential fallout. And this year they go after the ever-changing shipping times of Amazon, political divisions at the holiday dinner table, and of course, their uniquely imaginative version of “The Twelve Days of Christmas.” If you’ve never seen their version, you don’t know what you’re missing.
Through Jan. 27
Brave New Workshop, 824 Hennepin Ave.,  Minneapolis
612-332-6620
www.bravenewworkshop.com 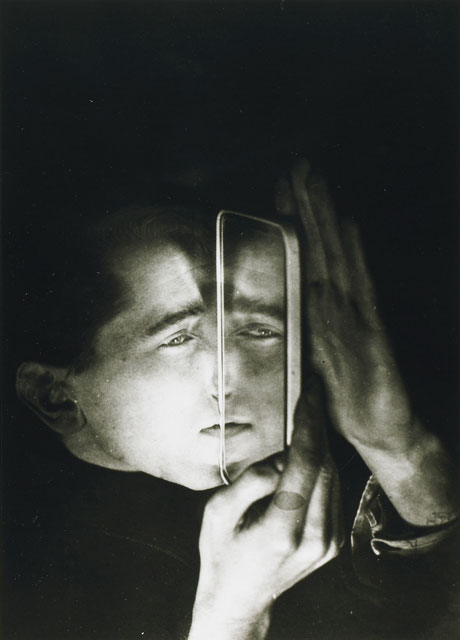 Seeking a Truth. Photo courtesy of Minneapolis Institute of Art

10. Seeking a Truth: German Art of the 1920s and the 1930s & New Pictures: Omer Fast: Appendix
The best comprehensive art museum between Chicago and the west coast is offering a searing exhibit that makes us present to that tumultuous time in Germany between their humiliating defeat in World War I and their demonic resurgence to power under the Nazi movement led by Adolf Hitler. This is a sterling opportunity to see examples of work from the Weimar period, as well as the Bauhaus, New Objectivity, and Dada movements. This time between the wars is contrasted with pictures by living Israeli artist, Omer Fast, who is based in Berlin. His work appears alongside that of August Sander (1876-1964), who many regard as Germany’s greatest 20th century photographer. The past is always present.
Ongoing
Minneapolis Institute of Art, 2400 3rd Ave. S, Minneapolis
612-870-3000
www.artsmia.org 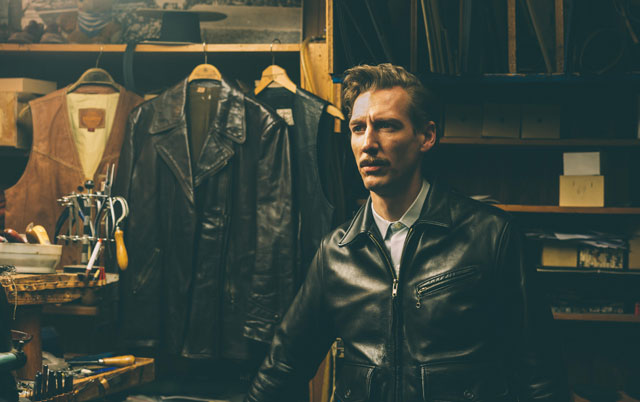 11. Tom of Finland
Here is a biographical movie that truly captures the spirit of gay liberation in the mid-20th century. The stylized homoerotic illustrations by Tom of Finland have influenced gay culture, gay subcultures, and gay sex fantasies over the decades since World War II. His actual name was Touko Laaksonen and he once stated, “I almost never draw a completely naked man. To me, a fully dressed man is more erotic than a naked man. A naked man is, of course, beautiful, but dress him in black leather or a uniform—ah, then he is more than beautiful, he is sexy!”
Opens Dec. 8
Lagoon Cinema, 1320 Lagoon Ave., Minneapolis
612-823-3020
www.landmarktheatres.com 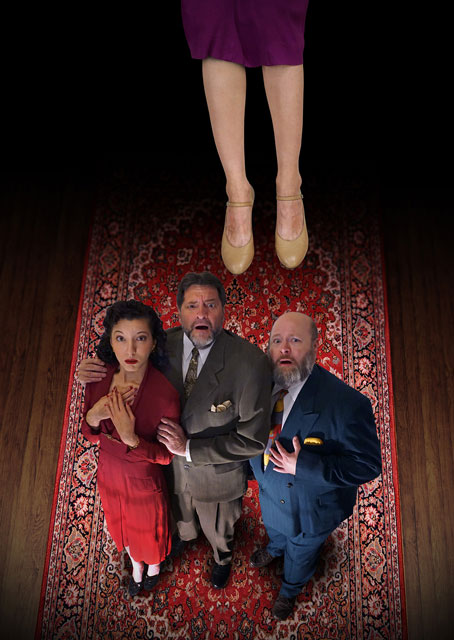 And Then They Were None. Photo by Bob Suh

12. And Then There Were None
The most popular woman playwright ever is consistently staged at a high standard by TRP. Brian Joyce has directed the eerie thriller about 10 strangers in an island mansion. A macabre nursery rhyme, an unseen host, and mysterious murder spur on this juicy crowdpleaser. And one that will satisfy people of all backgrounds and interests. That’s part of the Christie magic. Who will be next? And just exactly who has masterminded this sordid affair? Hmmmm…
Through Dec. 17
Theatre in the Round, 245 Cedar Ave., Minneapolis
612-333-3010
www.TheatreintheRound.org 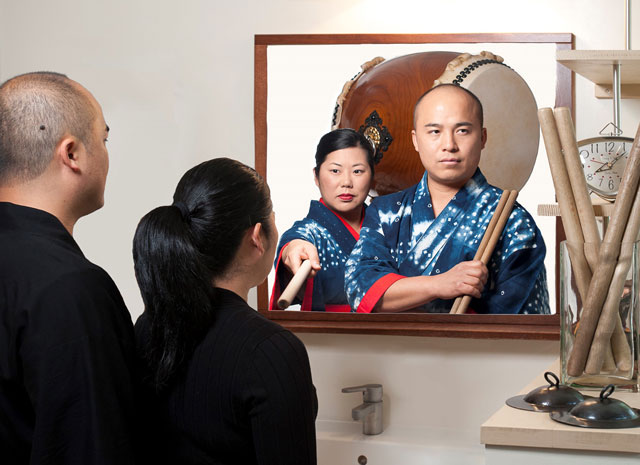 13. 88: Hachi Hachi
The taiko company, Unit Souzou, is tapping into intricate emotions inherent to a committed marriage. Michelle Fuji and Toru Watanabe draw from their own marital experience of 13 years. An inspired performance idea perfect for the holiday season. A time to reconnect with family and friends. Taiko, dance, and theatre blend with lineage, intimacy, and exploring the nature of relationships.
Dec. 9, 10
Park Square’s Boss Stage, 20 W 7th Pl., St. Paul
651-291-7005
www.taikoartsmidwest.org