Holiday Entertainment For the 2018 Holiday Season 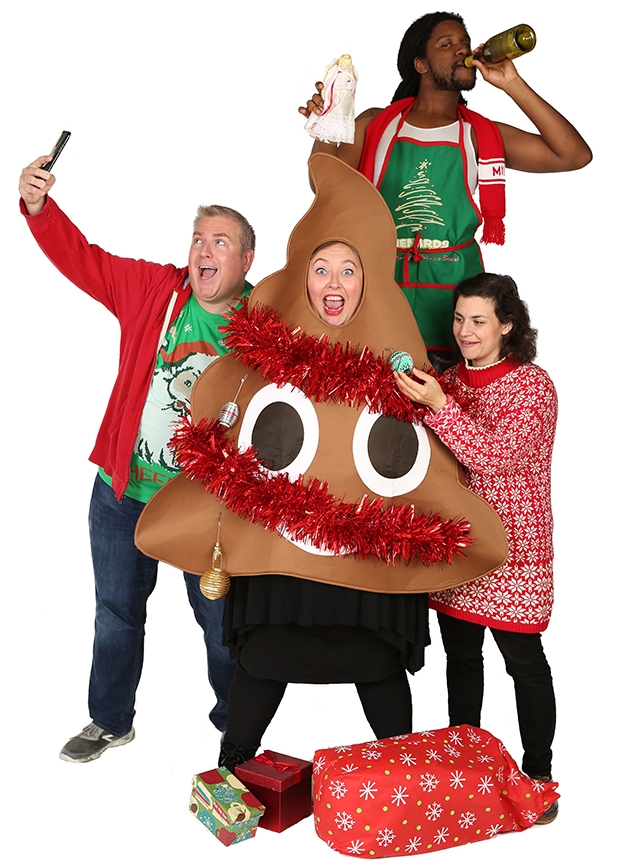 The region’s premiere comedy theater, now in its 60th year, delivers its annual holiday show with a great big Christmas bow. Always a big hit, you’ll hear The 12 Days of Christmas like you’ve never heard it before. New sketches and old ones make for irreverent fun. Veteran collaborators Lauren Anderson, Taj Ruler, and Denzel Belin are joined by Doug Neithercott, who is making his BNW debut. There is no acting troupe in the area whose comic timing and mischievous imagination is as sharp and as wild as these pros. But be warned—and they’ll tell you this themselves—you may be offended. That’s just a part of their M.O.! 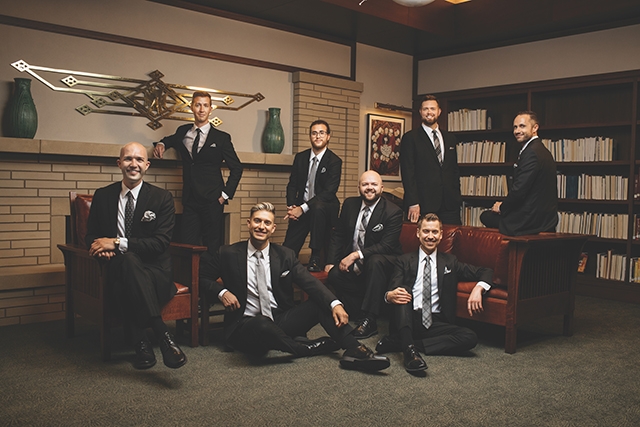 The thrilling all-male a capella vocal ensemble that sings in what’s called TTBB (tenor, tenor, baritone, bass) is beloved for their vast mastery of all kinds of music. Christmastime is a wonderful opportunity to bask in their grasp of classical church music and carols. This season, you’ll hear work inspired by Lessons and Carols, which was organized by Edward White Benson, who would become the Archbishop of Canterbury. What you’ll hear is a modern take titled Festival of Nine Lessons and Carols, re-imagined for contemporary times.

The American Swedish Institute, located in the majestic Turnblad Mansion, features an exhibition and decorated rooms from the five Nordic countries, as well as works by Minnesotans and invited guest artists from the Czech Republic. Hand-blown glass pieces comprise a specially commissioned work in a tree shape. Danish handcrafts include beaded snowflakes, cross-stitch hangings and runners in the Denmark Room along with Danish Teak furniture classics.

Of course, it has been said billions of times that Christmas is for children, and by extension, the child within all of us. So catch Tom’s Christmas Fish inspired by the Swedish mother-daughter duo of author Rita Tornqvist and illustrator Marit Tornqvist. A Christmas booth serves as an interactive element in which kids and adults can pretend to be a baker, a fishmonger, or an artist. 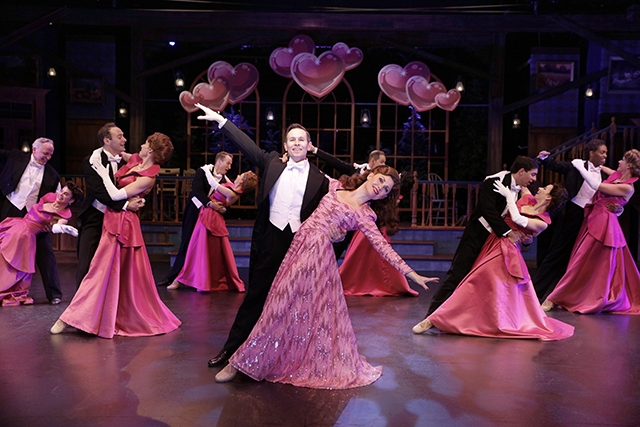 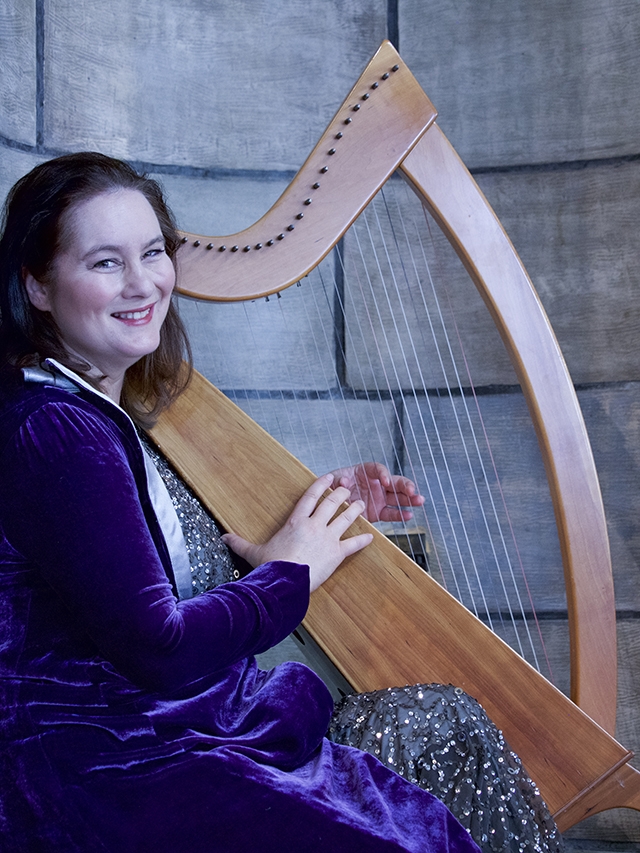 If you want to experience something splendid and beautiful, then get thee to St. Kate’s and lose yourself in the transcendent mystical vocals of Katie McMahon live! She is in a class by herself. This promises to be the quintessential traditional Christmas performance of the season. Known as the original voice of Riverdance and as Minnesota’s own “Celtic Woman”, McMahon captures the spirit with an ethereal delicacy beyond description. 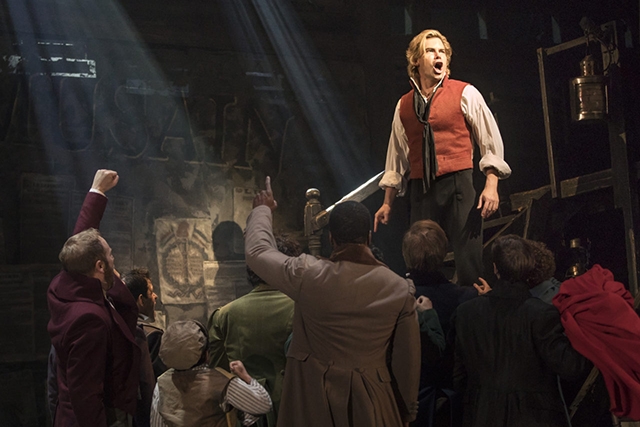 Direct from its acclaimed two-and-half-year Broadway run, Les Mis looms as a majestic musical forged in passion, redemption, love, and class struggle. Based on the Victor Hugo novel, it may even be more prescient in our time than it was in the 1980s when the musical first took the world by storm. Hugo was inspired to write his 1862 masterwork in the late 1820s when he saw a man being arrested for stealing a loaf of bread. The story reminds us that years after the French Revolution, its aftershocks still gave way to injustice and continuous social disarray. How fitting that the musical’s most famous song is the achingly resplendent I Dreamed a Dream.

Russ King dons the persona of the fabulous Miss Richfield 1981 to find a new religion to bring our divided world together. With all new songs and videos, along with audience activities, it assures us that people of all faiths are welcome in the hope of a new universal unity. The Twin Cities treasure has become a national treasure and summer fixture at the Pilgrim House in the gay mecca of Provincetown. When you think of all the famous beauty queens who came out of the Land of 10,000 Lakes, surely Miss Richfield is the most colorful! 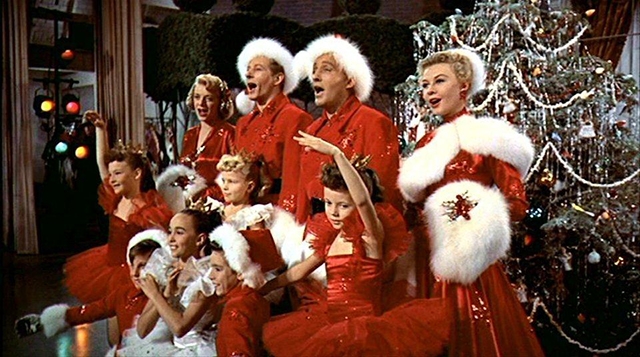 White Christmas was the first movie made in Vista-Vision. Paramount Studios used twice the surface area of the standard 35 mm print. This sumptuous 1954 box office blockbuster, drenched in gorgeous Technicolor, features four musical legends at their height: Bing Crosby, Rosemary Clooney (George’s aunt), Danny Kaye, and Vera-Ellen. The gifted Maud Hixson will sing a 20-minute live concert beforehand with accompaniment by Rick Carlson. The historic Heights Theater, established 1926, is an experience unto itself. It’s an actual movie palace made to order for that consummate film director, Michael Curtiz, who also gave us The Adventures of Robin Hood, Santa Fe Trail, Casablanca, and Mildred Pierce. And though the Heights was established in 1926 during the silent era, its silver screen aura is ideal a half century-plus later for the widescreen concept that took off in the 1950s. Their Wurlitzer organ and their sound system are also a major draw for film buffs and anyone who simply wants to lose themselves in a splendid old movie experience. There are few better ways to escape. 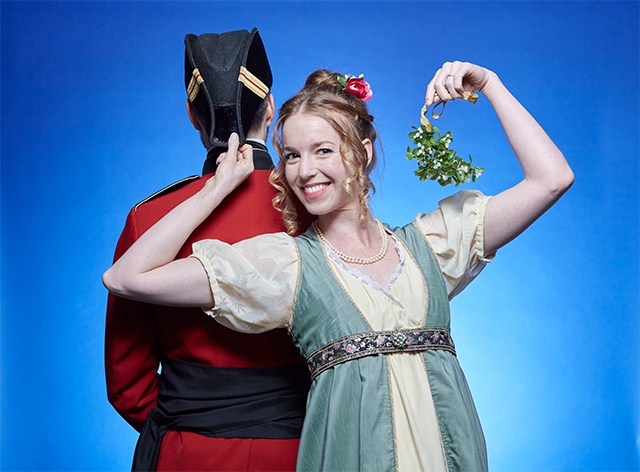 This year, a whole new holiday play re-imagines the Bennet residence of Jane Austen’s novel, Pride and Prejudice. The focus is on the servants who work downstairs in contrast to those they serve. Clearly there is a sense of class division that will make for comedy and commentary. The Wickhams: Christmas at Pemberley exists in the same vein as classic television series such as Upstairs, Downstairs and Downton Abbey. Co-commissioned by the Jungle Theater with theaters in Chicago and the Bay Area, playwrights Margot Melcon and Lauren Gunderson continue musing on the world they created in last year’s Jungle holiday treat, Miss Bennet.