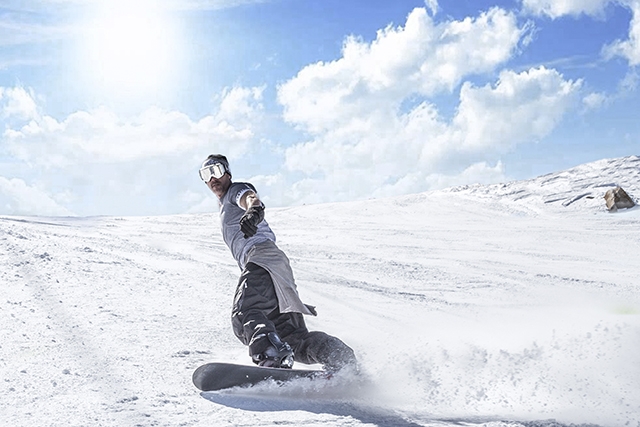 “Gay parties are the best parties,” Elevation Gay Ski Week producer Tom Whitman says with a wink. And that’s exactly what draws in GLBT skiers every year to the annual gay ski weeks in Park City, Utah and Aspen, Colorado. 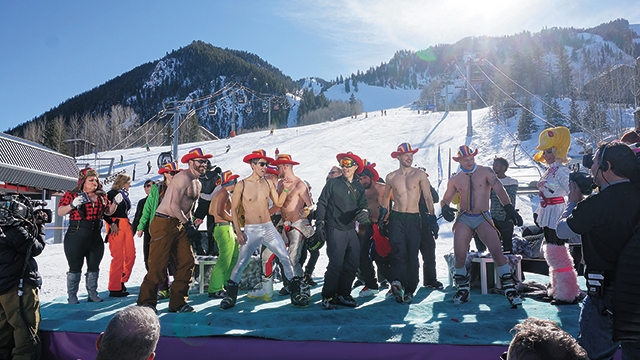 “Elevation started in Mammoth, as a bit of a lark. I started skiing when I was five, and then I raced on the UCLA ski team when I was an undergraduate. I wanted to combine my love of event production and big gay spectacle events with my love of snow sports,” Whitman says. “The first year was a test, and I sent an email out to my friends, and about 200 people showed up. I knew that I was onto something fun.”

“Park City has some of the best restaurants of any ski town, from upscale to budget-friendly. And the same thing with lodging. You can go luxury with Main & SKY or Washington Schoolhouse, or you can stay with a lot of our Elevation attendees at our midrange host hotels the Peaks Hotel or the Yarrow,” Whitman says. 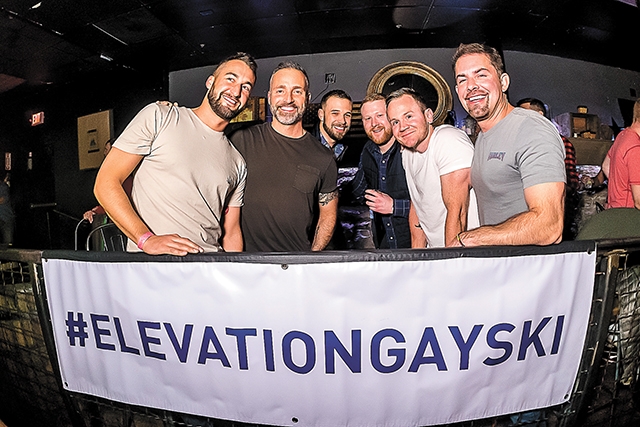 If you’re interested in getting in on some gay skiing action but are working with a smaller budget, Whitman says there are also options for you.

“There are great options for places to stay and places to eat and explore for all budget ranges in Park City, as well as at our other gay ski weeks in Mammoth and Tremblant,” he says. “Skiing and snowboarding does cost some money, but you don’t have to break the bank.”

In addition to affordable options, Whitman says gay ski week isn’t just for the novice, either. If you’re a beginner, an expert, or anywhere in between, there will be something for you at gay ski week.

“The LGBTQ community is becoming more visible, and more resorts and communities are open and welcoming to the LGBTQ community. As a community, we are maturing to want other options beyond just bars and nightclubs,” he says. “We want to bring our interests together and meet like-minded people, while also being in a gay setting.”

Park City isn’t your scene? No problem. Aspen Gay Ski Week offers one of the liveliest, most unique ski experiences in Colorado. 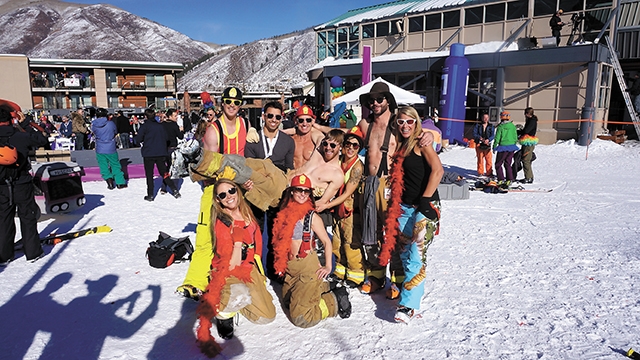 “Our gay ski week is unique, as it’s a fundraiser for AspenOUT, a nonprofit organization in Aspen’s Roaring Fork Valley. Each year AspenOUT awards numerous organizations with grants and college students with scholarships,” says Jim Guttau of Aspen Gay Ski Week. “This is an exciting week that supports LGBT initiatives nationwide. In addition, since we are the oldest, the city of Aspen is one of the most welcoming cities to the LGBT community, which can be seen by the rainbow flags hung all over the city. The warmth of the locals is what first made an impression on me in my first year.”

While Colorado is known for its avid skiers, Guttau says gay ski week is for everyone. Yes, even you non-skiers.

“The most frequent comment I hear when people are considering attending Aspen Gay Ski Week is ‘I don’t ski,’ to which I say, ‘Many of the attendees don’t even ski!’ You can snowshoe to Pinecreek Cookhouse, one of my favorite winter activities, or on many of the trails around Aspen,” Guttau says.

Additionally, there is plentiful shopping in many boutiques and art galleries, as well as first-class eateries that offer samplings. Guttau says ice skating, snowmobiling, and go dog-sledding are other popular options to enjoy the mountain scenery without the skis.

Like Park City, Aspen has affordable options for those on a smaller budget. Guttau says some guests just attend the free nightly après-ski parties at the Limelight Hotel, but he also suggests buying the official pass, as it gets you into all of the nightly events. The biggest tip: do not delay in purchasing these, as the passes usually sell out, as well as individual tickets, he warns.

Whether you’re a skiing guru, a bunny hill beginner, or just a member of the GLBT community looking for a fun, outdoorsy way to connect with others, Elevation and Aspen gay ski weeks will surely give you a party unlike any other.