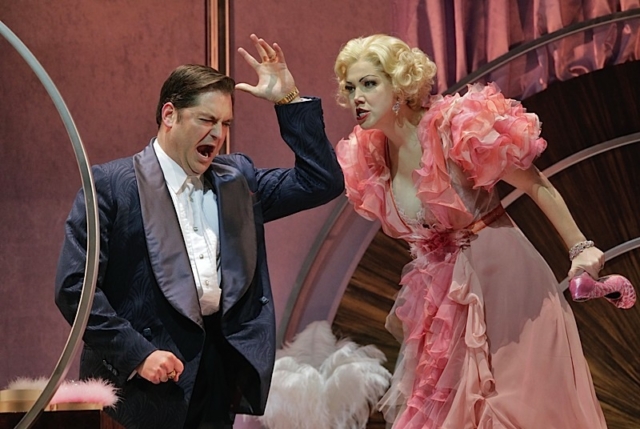 Fans of musical comedy may want to check out a new opera at the Ordway. Minnesota Opera is premiering Dinner at Eight, which is actually based on the 1932 nonmusical stage comedy by the masterful playwright duo of George S. Kaufman and Edna Ferber. The mastery of their storytelling is what sets this opera up to be a sure crowd-pleaser with lots of food for thought. William Bolcom’s score ranges from pop sounds of the era to classic grand opera. Mark Campbell’s libretto honors the intentions of the original playwrights with a clear sense of social consciousness.

Dinner at Eight involves a variety of socialites and social climbers whose lives are each on the verge of either collapsing or reaching new heights. When called to a dinner party for an elite British couple who are visiting Manhattan, their egos, ambitions, and desperation to save their status/bank balances collide in a brilliantly constructed plot. 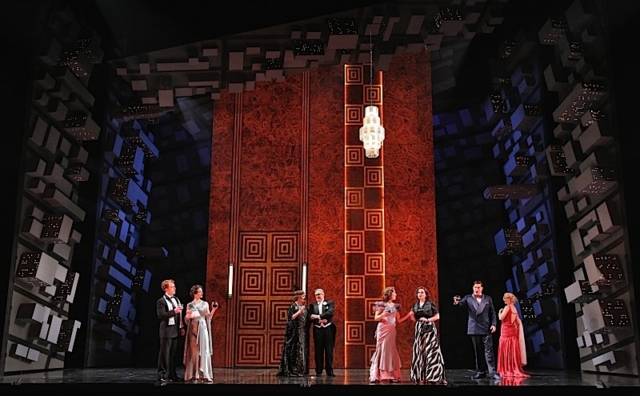 Director Tomer Zvulun elicits gorgeously sung and vividly acted portrayals. Mary Dunleavy and Stephen Powell are the very picture of a dignified couple teetering on the edge of financial and physical ruination. One realizes it. The other does not. In contrast, are the crass Packards: a cocky Craig Irvin and a brassy Susannah Biller soar with the Social Darwinist zeal of those with no concern over what’s ethical and what’s not.

Brenda Harris, Siena Forest, Andrew Garland, and Adriana Zabala add splendid support. Richard Troxell is moving as a has-been silent movie star whose career opportunities and good looks have been washed away in the Depression era. Those in the smaller roles are all expertly sung and richly imagined. I suspect any of them can handle larger operatic roles and I hope they are getting such opportunities. 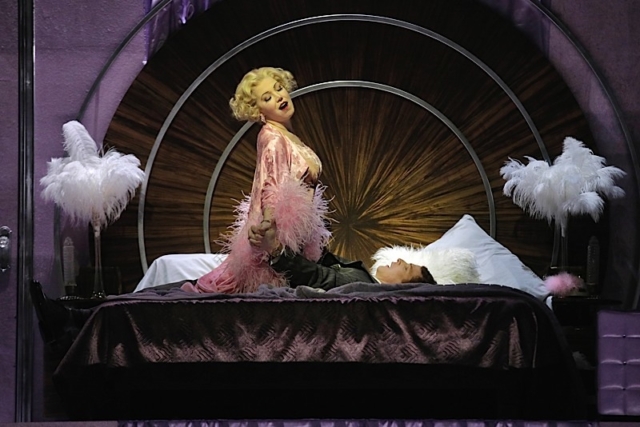 Conductor David Agler’s orchestra harnesses the various styles wonderfully. Alexander Dodge’s set and Victoria Tzykun’s costumes reflect the early ’30s setting with a nostalgic art deco style and a sense of opulent excess despite the bread lines on the streets below the high rises.